You Can Talk of Peace Till the Cows Come Home

You Can Talk of Peace
Till the Cows Come Home

An inside look at the link between cow slaughter and war. 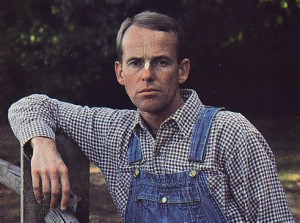 Winter is again upon us, and again the world staggers through its holy days, raging with quarrel and war. And though we know winter will soon leave us, when, we wonder, will war?

To answer, let’s go back some fifty centuries to ancient India, where a white cow and bull are grazing peacefully on the shore of the Sarasvati River. Suddenly, out of the tall grasses, a swarthy, bearded man appears, brandishing a club. He wears the dress of royalty, but when he attacks the innocent cow and bull, he shows himself to be a low-class rogue.

Then the real king appears—Maharaja Pariksit. With sword upraised, Pariksit addresses the man, with a voice like thunder.

“You rogue, how dare you beat an innocent cow just because Lord Krsna is no longer present? You are a culprit and deserve to be killed!”

Fearing for his life, the man, named Kali, gives up his royal dress and begs the king’s mercy. Pariksit spares the mischievous Kali, then banishes him to places of gambling, drinking, prostitution, animal slaughter, and hoarding of gold.

This Kali-Pariksit encounter marked the dawn of what Vedic historians call the Age of Kali, our present age of quarrel and hypocrisy. The Supreme Lord Krsna had just left the earth, and Pariksit was determined to protect the universal religious principles the Lord had revived during His visit. But Kali was just as determined to raise hell; and inexorable time was on his side. As winter follows autumn, so Kali follows Krsna, and the best Pariksit could do was temporarily contain him. Places of gambling, drinking, prostitution, and animal slaughter didn’t exist in pious Pariksit’s day, but when Kali found gold, he was in business. And so was our age.

Our Age of Kali has come a long way since the first attempt to kill a cow and bull. Gambling, drinking, prostitution, and animal slaughter are big business now, often sanctioned and taxed by the government. Kali’s spirit possesses us. Excessive pride has ruined our self-control, and excessive sex our health. Intoxication has destroyed our mercy, lying has obscured the truth, and peace has given way to war.

Kali’s spirit of quarrel and hypocrisy pervades even religion, whose mere lip-servers repulse as many as they attract and give God a bad name. Even before church picnics, hayrides, and bingo parties introduce many of us to drinking, sex, and gambling, Kali confirms us as meat-eaters by serving us the flesh of cows. How often have we drunk the cow’s milk with one hand and eaten her flesh with the other?

“One who, being fully satisfied by milk, is desirous of killing the cow, is in the grossest ignorance,” writes Srila Prabhupada, the founder and spiritual guide of the Hare Krsna movement. “We drink cows’ milk; therefore the cow is our mother. And Lord Krsna has created the bull to produce grains for our maintenance; therefore he is our father. Since the bull and cow are our father and mother, how can we kill and eat them? What kind of civilization is this?”

The simple truth of this challenge is lost to most of us. Recently, the American Dairy Association awarded McDonald’s, the world’s largest restaurant organization, the use of its “REAL” seal, which helps customers distinguish dairy foods from imitations. But Lord Krsna’s instructions in the Bhagavad-gita to protect the cow expose the A.D.A. as an imitation dairy association. Why? Because along with an annual 120 million cartons of real milk, 380 million real milk shakes, and 300 million soft-serve ice cream cones and sundaes, McDonald’s has handled enough real cow’s flesh over the years to sell upwards of 45 billion hamburgers. In other words, instead of protecting the cow, Kali’s dairyman is in cahoots with the slaughterhouse.

It is ignorance that compels us to slaughter from 35 to 40 million cows a year. When we buy the nicely-wrapped meat in the market, we have no idea of the suffering we are bringing ourselves by this act. Srila Prabhupada explains:

In this Age of Kali, the propensity for mercy is almost nil. Consequently, there is always fighting and wars between men and nations. Men do not understand that because they unrestrictedly kill so many animals, they also must be slaughtered like animals in big wars. Sometimes during war, soldiers keep their enemies in concentration camps and kill them in very cruel ways. These are reactions brought about by unrestricted animal-killing in the slaughterhouse. As long as human society continues to allow cows to be regularly killed in slaughterhouses, there cannot be any question of peace and prosperity.

Of course, there’s always hope for peace, just as, during the bleakest winter, there’s still the chance of a sunny day. Kali’s clouds of ignorance, thick as they are, cannot yet deny us the truth—when we see it. And so with this in mind, I would like to tell you about my recent visit to a slaughterhouse.

The pictures on the walls told a story of which Kali must be proud. Around the turn of the century, the founder ran a one-man butchering business. He slaughtered several animals weekly and sold his meat products from a horse-drawn wagon. Then times started to change. Refrigeration, mechanization, the automobile, and two of the founder’s sons brought growth to the business. Soon, founder and sons were slaughtering 125 cows weekly, then daily, as they kept gaining more customers and adding more employees and equipment. Over the years, steady growth brought the “packing company” to its present position as the “largest beef slaughterer and fabricator” in the eastern United States.

Kali is so well established that now the king’s men federally inspect and grade his slaughtered cows. And for those who can take it, he gives tours.

Rose, my guide, was fortyish, frowsy, and fat as a heifer. Wearing hard hats and smocks we walked out onto a catwalk overlooking the holding pens. A thousand cows bellowed beneath us. The ammonia in the air almost covered the smell of death nearby. Although Rose sounded a little like Dale Evans when she spoke, she sounded even more like the Queen of Hearts.

“We slaughter steers, heifers, and cows—about 1,300 a day. Would you like to see the stunning?” I nodded, walked through a doorway, and suddenly beheld the most ghastly scene imaginable.

Pistol shots. Cows and bulls upside down. Blood everywhere. What the devil’s going on? I looked where Rose was pointing. A man walked over to a Holstein bound to a conveyor, jammed a gun into her forehead, and fired.

“The stunner fires a sliding bolt into the animal’s brain,” Rose yelled above the din. “Then it’s shackled and hoisted—still alive but insensible to pain. The butcher down there finishes the job by severing the major arteries with a six-inch double-edge sticking knife.”

Tongue hanging, eyes bulging, the Holstein rose in the air, kicking and thrashing in her shackle—obviously fighting for life. Her udder began to spurt milk.

“Just a nervous reaction,” Rose assured me. “The body is ‘brain dead.'”

But Kali runs his religions the same way he runs his wars. Cows and bulls, like enemies, have no souls. They’re subhuman, nonpersons. Kill them.

The stunner, his eyes black pools under a white hard hat, reloaded his pistol. He and the butcher were killing better than a hundred cows an hour and, according to Vedic literature, preparing a dark future for themselves: “Cow killers are condemned to rot in hellish life for as many thousands of years as there are hairs on the body of the cow.” But there was no need to tell anyone here they were going to hell. Awash with blood, the “Kill Floor” made the Bible’s lake of fire look like Palm Springs.

It was hard for me to keep talking to Rose as though everything was all right. Kali’s men held big knives, and Maharaja Pariksit was nowhere in sight. As we walked through blood puddles, my only sword was a pen.

“After the kill, the animals are dehided by a stripper, eviscerated, split into sides, weighed, and shrouded for chilling in the coolers.”

Nazi and Soviet death camps never enjoyed such efficiency or such good public relations. And why not? The public’s dinner table is the last stop on the production line.

“You have just dined,” wrote Emerson, “and however scrupulously the slaughterhouse is concealed in the graceful distance of miles, there is complicity.”

We passed into the “Fabrication Plant,” where workers boned and trimmed the meat for packaging. Their faces showed many different extractions, a kind of General Assembly of butchers. I thought of the United Nations, of how its buildings stand on the very spot where New York City slaughterhouses used to, and of how its members have failed to keep the peace.

A prime example is the Middle East, where destiny has embroiled Christians, Moslems, and Jews—the world’s “religious” meat-eaters—in a perennial paradigm of hatred and war. The peoples to whom the Lord delivered the Old Testament, New Testament, and Koran are always reinterpreting His words to suit their appetites. Now, “Thou shall not kill,” conveniently reads, “Thou shall not commit murder,” and the Moslem’s and the Jew’s “ritual slaughter” of fully conscious cows turns out to be more cruel than the “humane” stun-killing of the Christian. But the Lord is pleased with neither. And war in the Middle East—and everywhere else—continues.

Back home from the slaughterhouse, I walked among our Hare Krsna farm’s Brown Swiss cows and bulls, who welcomed me with licks and nudges. We looked up as a military jet thundered across the sky. Even if an atomic war doesn’t come, I reflected, only Krsna consciousness can release us from the slaughterhouse of repeated birth and death. And if enough of us become Krsna conscious, then even communists and capitalists can learn how to protect cows and live peacefully during Kali’s wintry age of discontent.