Back to Godhead > Devotees > Chanting > CHANT! 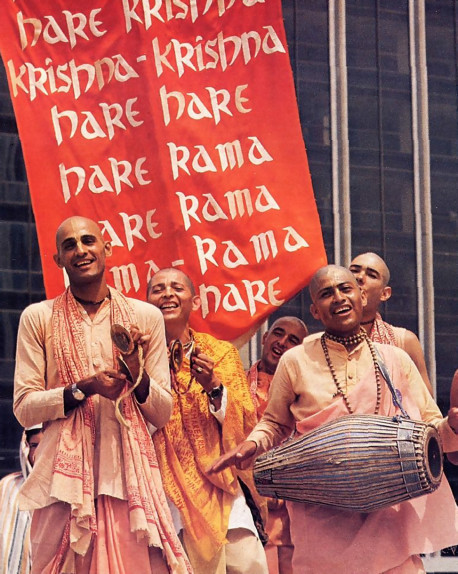 Chanting is easy, and it works. In fact, it is the most effective means of God realization in the world.

Here’s why. God is unlimitedly powerful, and His name is Himself. When we chant God’s names, God is totally present through the transcendental sound. So potent are God’s names that the Vedic scriptures consider chanting the essential, universal religion of the age. So why don’t more people chant? Maybe they’re embarrassed. Or busy. Or doubtful. Or maybe they think chanting is a sectarian religious practice—something only for the Hare Krishnas.

Yet what could be less sectarian than calling out to God? All the great scriptures of the world praise the holy names of God. God’s names may vary from religion to religion or from culture to culture, but the person—the supreme father of all—is the same.

Don’t be embarrassed. Chanting is for everyone. Don’t feel you’re too busy. Chanting is easy. And don’t remain doubtful. Try chanting and see the results.