Back to Godhead > Science > Whats Happening at Fahrenheit 662?

A startling discovery
gets modern science into hot water. 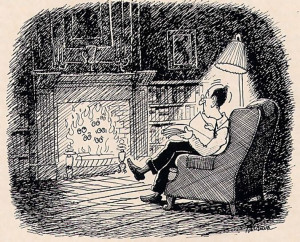 Up from the floor of the Pacific Ocean comes amazing scientific news. The pages of Discover, an American popular science magazine, describe the voyage of a research submarine that brings back irrefutable evidence that buoys Vedic science and capsizes modern biology.

While ordinary scientists recover from the shock and reconstruct their theories, detailing them in the pages of more staid scientific journals, professors of the eternal Krsna science smile with amusement. Indeed, anyone who has mastered Lord Krsna’s discourses in the Bhagavad-gita certainly has the right to condescendingly intone, “I told you so!”

Desiring luxuries and the softest possible existence, mankind eagerly ushered scientific and technological zeal to the forefront of human culture. Concurrently, however, strict a priori assumptions began governing our brains: life comes from matter; life is matter; consciousness is a material by-product; the universe arises from nothing. On and on the list goes.

Assumptions about the circumstances under which life can exist are no exception to the rigid canons of faith that prevail.

For example, when we contemplate whether life might occur on other planets, two chief prerequisites habitually march forth: water in a liquid state and a climate approximating Earth’s. Mars flunked the test because of no water. Venus, owing to extreme heat, never fared any better.

But the frail speculations of mundane intellects are one thing; the transcendental words of the Vedic spiritual texts another.

Lord Krsna, the compiler and goal of the Vedas, is known as apauruseya, beyond the reach of experimental knowledge. Of course, atheistic savants will immediately challenge that because of Krsna’s inherent inscrutability He is not eligible to be anointed a scientific reality. Philosopher Karl Popper has argued for decades that the main criterion of science is the falsifiability of its theories. One must be able to envision experiments and observations that could disprove one’s notions. Otherwise, in principle, a set of ideas unable to run the gamut of experimental negation cannot be deemed science.

Krsna, however, by His own admission, is a problem for materialists. In the Vedic literature, He flatly declares His unavailability to those absorbed in His phantasmagoric material energy. He even goes as far as to say that through His illusory potency He actively works to bewilder mundaners so that they will have no chance of perceiving Him. But, although research laboratories will never catch the Supreme or falsify Him, even materialistic scholars can immediately benefit from the perfect information divulged by that supremely intelligent, unlimited person.

Seeking to dispel illusions of false identification. Lord Krsna describes the temporary and permanent characteristics of the living entity. In the Bhagavad-gita He offers a startling detail about the phenomenon of life and its relationship to the universe. He says, sarva-gata: living entities are ubiquitous throughout the cosmos, regardless of environmental conditions. In other words, no situation is incapable of supporting life. The whole universe is alive in that life pervades “every nook and cranny.”

In some places at the bottom of the ocean, where the earth’s crust has split open, sea water spews up at temperatures of 662°F or higher. Because of the massive pressure exerted by the ocean, the water can remain a liquid despite the extreme temperature. No conventional scientist would ever seriously conceive that living entities could be present in 662-degree water at 265 atmospheres of pressure. But is conventional science everything?

Obtaining samples of the firey water was not an insurmountable task for the crew of the submarine Alvin. And examining the samples under a microscope—employing stained glass slides that indicate the presence of microorganisms—is a junior-high science club operation. The only real barrier, and a huge one, lay in the scientists’ staunch preconceptions. What well-trained brain would be so heretical as to look for life in such a ridiculously uncongenial atmosphere?

Lewis Thomas, an ace contributor to America’s popular science magazines and a best-selling author, honestly and eloquently revealed his victimization by academic conditioning. In Discover he writes, “I would have thought that to look for life in a sample of such water would just be a waste of glass slides and stain and time. I would have said, very well, we must keep our minds open for all sorts of possibilities, but not for things that are clearly impossibilities.”

Nevertheless, the simple laboratory investigation confirmed the lectures of the Supreme Person in the Bhagavad-gita. Abundant communities of variegated living organisms appeared, differing among themselves enough to fit into classifications of several species. Eulogizing the intrepid daredevils at Oregon State University for their bold stroke, Thomas blessed them: “It is for that first step, taking a close look at what, in a rational world, ought to be nothing, that I hope Baross and his colleagues receive a generous prize some day.” The best reward, for all intellects bound and gagged in “the rational world,” would be a chance to learn from Lord Krsna. Obviously, clearheaded scientists should applaud Krsna in their journals and long to enroll in His classes.

Subsequent analysis of the perverse creatures revealed that they occupy a unique, private dimension in the ecosphere. When a sample of their water in a titanium syringe is heated within a pressurized chamber duplicating the pressure of their home at the sea bottom, and when their natural diet of basic nutrients is added, the population explodes. At 482°F, six hours is enough time for a thousandfold increase. But if the temperature drops below boiling, their reproduction stops completely.

Now high priests of the natural sciences have to overhaul their theories to account for entities who thrive luxuriantly at what are for us inconceivable, murderous temperatures. Somehow or other, their proteins avoid breaking down in the heat. Somehow or other, their enzymes remain active. Their lipids keep cell membranes intact. If this magazine were exposed to 662 degrees, it would immediately burst into flames.

As usual, nature is kicking our intellectual pride in the face, mockingly demonstrating that the basic truths of life in this world have never entered into our possession. The newly found creatures spell trouble not only for biology but for medical science as well. Hospitals place complete faith in their autoclaves—pressure-steam devices for exterminating bacteria.

But Srila Prabhupada, the founder of the Krsna consciousness movement, never accepted this illusion. He held that, according to Vedic literature, sterilization by heat is a myth. He recorded his challenge to science in his books, which were published many years before the revolutionary organisms were discovered in temperatures three times as high as the autoclave’s.

From the ancient Vedic text Brahma-samhita one can learn that every type of living entity has certain peculiar attributes. These unique characteristics or abilities are technically referred to in Sanskrit as vibhuti-bhinna, individual talents. As even an uneducated child can observe, fish have the ability to exist underwater by breathing through their gills; birds can propel themselves through the sky by manipulating their wings; and humans can read and comprehend a magazine article such as this one. We cannot make our natural habitat underwater, but does this mean that no living entity can? Similarly, shall we conclude that the air is devoid of life forms? In fact, the Vedic literature informs us that just as life permeates the earth, water, and air, so life also naturally exists in fire. In Chapter Four of the Bhagavad-gita, Lord Krsna unequivocally declares, “I spoke unchanging, flawless scientific knowledge to the chief of the entities who lives in fire.”

Naturally, to those of us properly molded by Discover and Time/Life, Inc., this assertion seems outrageous. Our well-trained brain automatically recoils in disbelief. How can living entities dwell in the flames of fire? the mind demands. And dare we believe they have intellectual prowess? At the root of our spontaneous objection lies a twentieth-century disease: a total refusal to consider any knowledge not derived from an imperfect, limited entity. We absolutely reject the concept of absolute knowledge emanating from an absolute source.

Real knowledge, we believe, comes from the empirical process. First, we take in the world around us with our bare, unaided senses, or we employ technical devices that facilitate extended sensory investigations. Second, through the eyes and ears trickles a narrow flow of cosmic information. Third, these fuzzy inputs from our inadequate senses are reflected upon and distorted by the preprogrammed human intelligence. Finally, the tongue of the Ph.D. vibrates with torrents of articulately phrased yet inherently faulty speculations. The end result of this method is that our wealth of so-called knowledge expands. Owing to this artificial inflation, we feel securely insulated from any need to seek out the perfect knowledge taught by an infallible, unlimited source.

The pastimes of experimental scholarship are not confined just to biochemistry and the theories about the rarity of life. In all departments of man’s intellectual pursuits, one will find the wreckage of a civilization shorn of its connection with a perfect source of knowledge. Today’s men of letters prefer to cast themselves as alone in the universe, with no superior resources to rely on other than their laboratories and computers. They adamantly refuse to consider the possibility of a detailed, voluminous reservoir of flawless knowledge, outside the realm of human fallibility and limitation. Inhabitants of the twentieth century perceive their tiny brains to be supreme—and they are very proud of this bondage.

By pointing out man’s intellectual mistake, the Krsna consciousness movement would like to render the highest service to human society. Devotees of Krsna are realists who know that if human society is to climb out of its current abyss, it must base its future on information free of error.

The recent decades have witnessed the most intense brain-thrashing in human history. Mighty armies of physical and social scientists have turned the whole world upside down, gallantly attempting to hack away at the massive layers of economic, political, ecological, and psychological problems that increase day by day. Needless to say, after almost a century of extreme academic vigor, one gloomy conclusion has begun to haunt our think tanks: the more knowledge we seem to get, the more knowledge we seem to lack; whatever we seem to know today, tomorrow we will throw away.

The plain truth of the huge quagmire called modern civilization is that mankind cannot and will not improve itself without superior information from a superior source. Krsna, the fount of all Vedic knowledge, presents His qualifications: “I know everything past, present, and future. I also know about everyone, but no one knows about Me. . . . Scholars and researchers can’t understand My origin, for in every respect, I am their origin.”

There is a spiritual process for scientifically understanding Lord Krsna in full, but Hare Krsna devotees don’t expect every learned person to be advanced enough to undergo it. But it is possible for an unbiased mundaner to at least appreciate the unparalleled and supremely beneficial knowledge delivered by Lord Krsna. Scientists, sociologists, or educated persons in general can at once realize the value of Krsna’s flawless counsel by applying His instructions in their daily attempts to comprehend the world and to save it. Without principles and details from the omniscient, we remain with the bitter axiom of philosopher Soren Kierkegaard: “Life can only be understood backwards, but it must be lived forwards.” Aren’t future generations meant for something better?