Back to Godhead > ISKCON > News > Parents Proud of Krishna Movement

Recently, a few people, including some elements of the news media, have leveled charges against ISKCON ranging from “brainwashing” to “kidnapping” to “false advertising.” Leading the attack are a few parents of devotees. To gauge the broad sentiment of our members’ parents, we did a survey and found the overwhelming majority favorable to the Krishna consciousness movement. Here are two typical responses to our question, “How would you evaluate your child’s participation in the Hare Krishna movement?”

“My son Daniel (Sravanananda dasa) entered the Hare Krishna movement almost five years ago… I would say that the movement has given a discipline and deep meaning to my son’s life. I do not forget that this movement is not all things to all people, but to my son it is fulfilling and beautiful. In our minds (my husband’s and mine) we compare our son’s life to the life of a Catholic, monk or a religious Jew in a Hassidic sect: 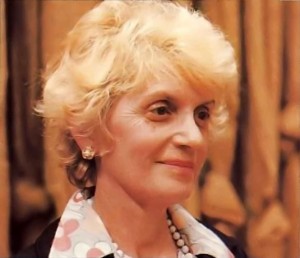 “Do I think that my son is brainwashed? I can best answer this by asking the question, ‘Is our very society not being brainwashed daily by the advertising media (liquor and cigarette ads) and pornographic movies and literature’.” And what about the children who are being ‘educated’ by the violence and killing on television? I prefer that my son is devoting his life to the love of God and the service of humanity—a rare endeavor in this age. And since I know that my son has voluntarily chosen the Hare Krishna movement to exercise these rights, and that he can leave it whenever he wishes, I cannot see how the term ‘brainwashing’ can be applicable to this movement. I sincerely believe from my contacts with many devotees that they are happy and have found fulfillment by loving and serving Lord Krishna (God). This may not be my wish for my life, but my son has chosen it for his, and I wholeheartedly respect it.”

Mrs. Loretta F. Senesi of Long Island, New York, had this to say:

“I have a son who has been in the Hare Krishna movement for six years, and I can truly say that I have respect and admiration for him. He married in the movement and has a devoted wife and two lovely children. They live clean, spiritual lives and are happy. I have visited the temple many times and participated in their devotional services spoken with many devotees, and seen their enthusiasm. They are all intelligent, honest, and sincere. My son has been free to visit at home with his family, and he has done so many times. I feel that the Krishna movement has given my son a new purpose in life, and also a deep concern for his fellow man.

“The Bill of Rights guarantees freedom of religion. Where is this freedom when parents are allowed to kidnap their children and forcibly try to change their beliefs” These same parents should, I feel, love their children for what they are, and not for what they want them to be. What objection can there he to this movement, when the devotees are working for the Lord and all mankind, trying to spread God Consciousness throughout the world? When you look around and see how some people live, how they are wasting their lives, I say thank God for Krishna consciousness.”

Meanwhile, on the West Coast, Mrs. Rose Forkash (left) of Carpenteria, California, has organized devotees’ parents to counteract the propaganda against ISKCON and to deepen the communication between devotees and their parents. Mrs. Forkash, the mother of Lilasakti dasi, knows many devotees personally. Her advice to others whose children are “Krishnas”: “I hope the parents will look into the hearts of their children and see what they’re seeing—and learn to love God, as they are.”

Linguist Lauds
Bhagavad-gita As It Is

Dr. William F. Shipley, professor of. linguistics at the University of California (Santa Cruz), has this to say about the book widely known as “the essence of all Vedic knowledge”: “The Bhaktivedanta Book Trust edition of the Bhagavad-gita As It Is [by His Divine Grace A.C. Bhaktivedanta Swami Prabhupada] proves to be an inspiration and a delight… This is a beautiful book, subtly combining excellent scholarship with a reverent sensitivity.”