“Meditation,” says psychiatrist Wolfgang Kretschmer, “has a good chance of eventually becoming one of the leading therapeutic techniques.” More and more psychologists, psychiatrists; and doctors from institutions like Harvard and UCLA are supporting this view, Their articles are appearing in Science, Scientific American, The American Journal of Psychiatry, the Journal of Counseling Psychology; and other publications.

In Psychology Today; Dr. Daniel Goleman says meditators can better handle stress, that they feel more in control of their lives, and that they have “fewer psychological or psychosomatic problems such as colds, headaches, and sleeplessness.” In the Journal of Humanistic Psychology, Dr. John Heider says spiritual disciplines like meditation, yoga, and mantras [the Hare Krishna mantra, for instance] are “as necessary to a life of growth as regular brushing is to dental hygiene.” 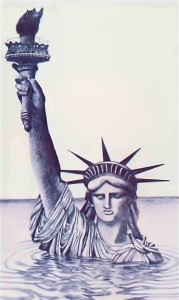 In our age of Orwellian “newspeak,” Hitler called his death camps “Charitable Foundations for Institutional Care.” Now it seems a small group would drown our personal freedoms and call that “deprogramming.”

Dr. Allan Gerson and Dr. Ronald Huff have conducted studies on the psychological effects of chanting the Hare Krishna mantra. They find chanters “are more keenly aware and have sharper mental cognitions.” Also, “chanters have a clear sense of identity. They know who they are in relationship to the universe, where they’re going, and how they can improve themselves and the world around them.” And Gerson and Huff describe Hare Krishna meditators as “friendly, warm, and outgoing as a group, as well as individually.”

Unfortunately, some parents of Hare Krishna meditators have reacted unfavorably to their new life-style. In fact, some parents have even gone so far as to break the law, by hiring professionals to abduct their legal-age children. These abductors are euphemistically called “deprogrammers,” and they employ intensive psychological and even physical abuse on Hare Krishna meditators to make them renounce their new life-style.

Even more disturbing are the efforts of perhaps a dozen psychiatrists and psychologists to legitimize such illegal activity. Ignoring the previously mentioned body of scientific data, they label meditation and the chanting of Hare Krishna as “brainwashing” and “mind control.” They neglect to say that worldwide there are literally millions of Krishna centers (including those in India), and that there are tens of millions of perfectly normal people who chant the Hare Krishna mantra for self improvement. In other words, with unsubstantiated claims these people are trying to take away fundamental American liberties—freedom of religion, freedom of assembly, freedom of speech, freedom of association, and the simple freedom to live; your own life as you see fit.

History offers us grim examples of similar abuses. Hitler used psychology and psychiatry as justifications for his extermination campaigns. The Soviet Union also uses these professions to repress critics and minority lifestyles. Clearly, this misuse of the psychological sciences endangers American freedom.

On the legal front, the battle is reaching its peak in New York. On October 14, a grand jury in Queens County indicted the Krishna consciousness movement and two of its members on an unprecedented charge of “illegal imprisonment by mind control.” The case grew out of the attempts of two families to have their legal-age offspring removed from the flare Krishna center in New York and “deprogrammed.” When the “deprogramming”‘ failed and the two members—a man, twenty-two, and a woman, twenty-four—returned to the group, the frustrated parents gained the cooperation of a judge, a district attorney, and a grand jury. And they had two Hare Krishna leaders indicted.

The District Attorney’s office then had the man and woman sequestered as “material witnesses” and sought to have them committed to mental institutions for “treatment.” In fact, the court did commit the young man. After two weeks he was released—a court-appointed team of psychiatrists who had examined him for a week testified that he was perfectly sane and competent. However, an avid supporter of “deprogramming,” psychiatrist John G. Clark, Jr., felt that the young man’s ability to conceal his symptoms was “proof” of the depth of the brainwashing he had undergone. The doctor and the young man’s parents urged that he be put into isolation and subjected to “stress tests” (“deprogramming”) to break the alleged mind control. But the hospital psychiatrists said that such tactics would “raise serious questions about the patient’s legal rights and about ethical consideration in the practice of medicine.”

The hospital psychiatrists gave the young man a clean bill of health. How seriously, then, can anyone take Dr. Clark’s diagnosis? Whether tests show a problem or not, whether other professionals see a problem or not, people like Dr. Clark insist that there is a problem. And, what is really frightening, Dr. Clark feels that to deal with the “problem,” he should have the right to drastically interfere with another person’s freedom. Before individuals like Dr. Clark involve everyone in a senseless witch-hunt, they might first submit themselves for psychological testing.

Happily the judge. sensed that the attempts to commit the woman were what he called “a ploy,” and he released her.

Originally, the term “brainwashing” referred to a Chinese Communist method of ideological persuasion through extreme psychological and often physical coercion. The Encyclopedia Britannica defines brainwashing as “a colloquial term…applied to any technique designed to manipulate human thought or action against the desire, will, or knowledge of the individual.” In popular usage it becomes an imprecise, all-encompassing, and pejorative term for describing any- kind of persuasion or behavior that we disagree with.

The Krishna consciousness movement is a bona fide religious and Cultural organization based upon the ancient spiritual tradition of India. Its, founder and spiritual leader, His Divine Grace A.C. Bhaktivedanta Swami Prabhupada, is a distinguished scholar and religious leader of international repute, His authoritative translations and commentaries on India’s ancient religious and philosophical classics are studied in universities throughout the world.

The ways in which people join the Krishna consciousness movement are quite informal (talking with members, reading books, using, Krishna consciousness meditation techniques, and so forth). A member of the movement is free to increase or decrease his involvement as he or she sees fit. Also, an intensive psychological study of more than fifty members conducted in 1975 by Dr. Allan Gerson produced not the slightest sign of “brainwashing,” In fact, Dr, Gerson was surprised by the members’ above-average mental health.

Parents sometimes make up their own minds to hire deprogrammers. More often, however, the deprogrammers actively persuade parents that their sons and daughters have been “brainwashed” by the Krishna consciousness movement or are under its “mind control.'” Some parents have hired vigilantes like Ted Patrick (who is now serving a one-year jail sentence, in Orange County, California, for false imprisonment of a Krishna member). Such “deprogramming” amounts to nothing less than extreme psychological and often physical intimidation aimed at inducing a person to renounce his or her life-style. Usually, the “deprogrammers” isolate and restrain the victim. Then they confiscate and destroy religious apparel and possessions (books, holy pictures, and so forth), and they vilify the person’s beliefs through hours of shouting, In one case, the physically beat a pregnant mother. In another case, a Hare Krishna member refused to stop reciting prayers, and they filled his mouth with ice and gagged him. Such “deprogramming” often lasts for several weeks—all this to get the “brainwashed” person back to a “normal” state, in which he can again make “free choices.” That these torture sessions have been euphemistically called “stress tests,” “intensive therapy” and “reality-inducing therapy” should not, perhaps, strike us as unusual, In our age of Orwellian ”Newspeak,” Hitler named his death camps “Charitable Foundations for Institutional Care.”

The Threat To You 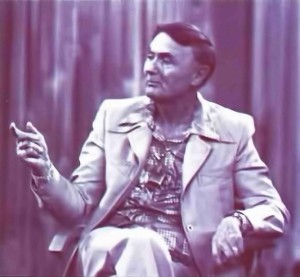 Dr. Stillson Judah, a professor and Librarian Emeritus at Berkeley’s Graduate Theological Union, speaks out against “deprograrnming .” Church & State magazine says, “Let us bury it before it buries our liberties.”

“Deprogrammers” are a ruthless bunch. William Willoughby, religion editor of the Washington Star, revealed the mercenary side of “deprogramming” when he wrote, “The fees they’re charging run $3,000.00 or more for the kidnappings and brainwashing (pardon me deprogramming)… Frighteningly, “deprogramming” groups have gotten police, judges, and district attorneys to bend the law in assisting “deprogrammings.” And, because of their mercenary motives “deprogrammers” have abducted not only Hare Krishna members but also Catholics and Protestants, among others. In Human Behavior magazine Wayne Sage reports, “The deprogrammers say, privately, that they would like to use their techniques against Mormons and Jehovah’s Witnesses.” If “deprogrammers” and their academic accomplices succeed in getting legal cover for their crimes, any American who lives a life contrary to their standards will face abduction and torture. Judge Logan Moore said to Ted Patrick on the day of his sentencing, “This country never functioned well under vigilantes. Your efforts are such, and if We ruled in your favor, it wouldn’t stop with anyone. We would have condemned religious freedom.”

The National Council of Churches and other organizations have looked into the issue. The Council found no evidence of brainwashing among the religions, but plenty of evidence to condemn the deprogrammers, The Council’s Governing Board said, “…kidnapping to compel religious deconversion is criminal.” The world’s lending expert on brainwashing, Dr. William Sargant, said in Britain’s Guardian (October 4, 1976) that “deprogramming” “is the sort of thing Charles Manson used, on people and very much the sort of thing that was done to Patty Hearst.” Dr. Sargant concluded by saying that he would be “dreadfully horrified” if “deprogramming” came into use in Britain.

In another recent editorial, Church & State magazine said, “For the state through the police and courts to allow and thereby encourage religious kidnapping is for the state itself to blast gaping holes through the constitutional shields of our most husk rights which the police and courts exist to defend… Law enforcement officials must protect the rights of all persons to believe as they please and must restrain the deprogrammers… Let us bury it [“deprogramming”]. before it buries our liberties.”

What disturbs us most is the mistrust that “deprogrammers” are planting in the public’s mind about meditation, yoga, and chanting Hare Krishna, Science is proving the effectiveness of these techniques in advancing the cause of personal and social health. And, in December, 1976, Governor Edmund Brown, Jr. urged the sending of “priests, nuns, ministers, and Hare Krishna followers” into California’s mental hospitals to help improve patient conditions. Hare Krishna mantra meditation is helping thousands of Americans to raise their consciousness to higher and happier levels. It seems tragic that this good work is being maligned.

Please Help Us Correct This Situation

There is a threat to our basic human rights, and the time for action is now. We urge all Americans of conscience to take a stand against criminal “deprogramming—please contact the press and radio and television stations and the police, the courts, and other government agencies in your local area. We especially urge psychiatrists, psychologists, and doctors to speak out against the misuse of their professions, To help in the New York case, write a letter (protesting the absurd and unprecedented charge of “illegal imprisonment by mind control”) to:

If you want more information on how you can help. or if you are a professional (doctor, lawyer, psychologist) and can give us advice or assistance, please write to: