Back to Godhead > PDF > Back To Godhead February 1977 PDF Download 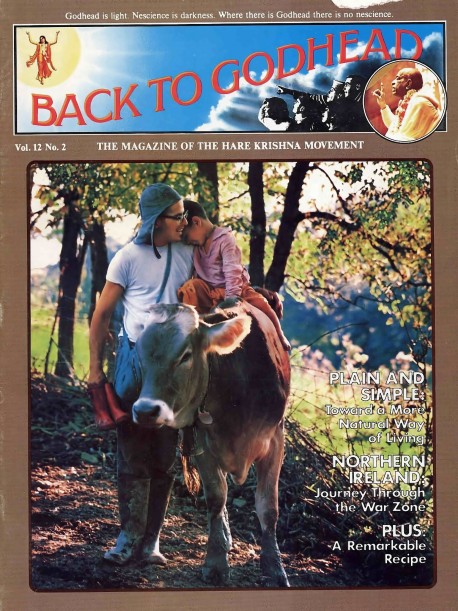 “I used to really be into city living. I never would have thought of living in a place like this,” says Gagendra dasa. “Anyway, my brother is a devotee too, and he told me about spiritual life and chanting Hare Krishna. ! liked what he was saying, but what really attracted me was the chanting. I’d never felt so much bliss as when a lot of people were chanting Hare Krishna together. So after a while my wife Dvijapriyii and I decided to come here to New Vrindavan [near Moundsville, West Virginia] and raise our son Partha-sarathi; he’s four now. Another thing: Lord Krishna took care of cows, so when you do the same you naturally remember Him. That way things can be plain and simple-you’re always in a good mood.” 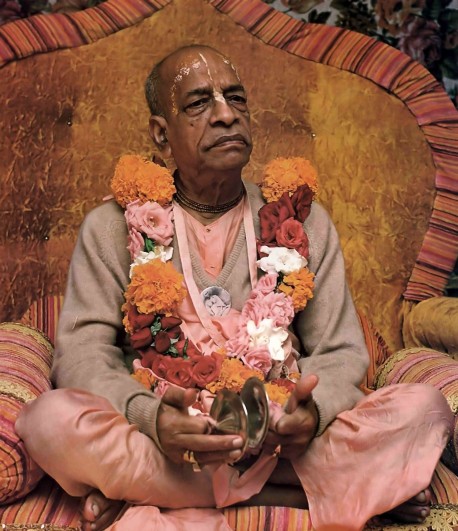 The founder and original editor of Back to Godhead is His Divine Grace A.C. Bhaktivedanta Swami Prabhupada. In September, 1965, Srila Prabhupada arrived in the United States. In July, 1966, in a storefront in New York City, he began the International Society for Krishna Consciousness. And from those beginning days, Back to Godhead has been an integral part of ISKCON.

In fact, since 1944, when he started writing, editing, printing, and distributing Back to Godhead, Srila Prabhupada has often called it “the backbone of the Krishna consciousness movement.” Although over the years it has changed in come ways, Back to Godhead remains, in Srila Prabhupada’s words, “an instrument for training the mind and educating human nature to rise up to the plane of the soul spirit.”