Back to Godhead > Devotees > Preaching > Not this Body > Just Passing Through

The Soul in the Body

“….Overall, I don’t remember too much from those days….I was always getting into things and talking in class. The teachers were strict, and we had to study hard. I played on the basketball team. And oh, those ugly high boots—how we hated them!” 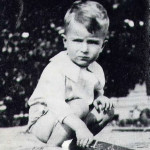 Today Mr. Robert Griesser (he’s my father-in-law) teaches history at California’s Orange Coast College. Inexorable time has carried him far from his mischievous boyhood days; fashions and customs have changed, along with his thinking and, most noticeably, his physical form. 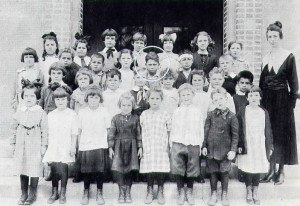 If you had known Mr. Griesser in 1920 and then were to see him again today, after a lapse of fifty-eight years, you probably wouldn’t recognize him. That’s how radically his appearance has changed. And, analytically speaking, the hands that once tied up those ugly high boots are not the same hands that today grade college term papers, although they belong to the same person. The bone, muscle, blood, and skin cells that made up young Robert’s hands all died long ago and have been replaced several times over with new cells. Through the years, Mr. Griesser’s whole body has completely changed. Yet he feels (more than feels—he knows) he’s the same person, although you may not.

Sometimes the body is compared to a garment. Just as we “change our shirt and coat, so we change our body (and Robert Griesser has changed from a stoic-looking first-grader to a jolly lieutenant colonel to a thoughtful college professor). But the person wearing the garment (in this case, Mr. Griesser) doesn’t change. So the question is, Who is that person that remains the same within the changing body? Or, to put it another way, “Who am I?” 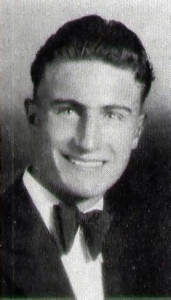 Anyone who asks this question—”Who am I?”—shows considerable intelligence. After all, even animals spend time solving the food problem, finding somewhere to live, having sex, and protecting themselves from danger. But we humans alone can look beyond the body and mind and ask, “Who am I?”

Ancient India’s Bhagavad-gita (2.13), gives this basic question a clear answer: “From childhood to youth to old age, the material body is always changing. But within the body is a spiritual soul. He never changes but always stays the same.” What all this means is that right now we can’t see who we really are. Mr. Griesser, for example, is a spiritual soul, but we don’t see him (the soul) in any of these photographs—all we see is Mr. Griesser’s body.

In other words, the body (which is material) and the soul (which is spiritual) are two totally different energies. Matter has no consciousness. Spirit, on the other hand, has consciousness. And what’s more, the spiritual soul within the body remains the same—it doesn’t change—while the body changes in six ways—birth, growth, reproduction, duration, dwindling, and finally, vanishing.

As the Bhagavad-gita goes on to explain, “Only the material body of the indestructible, immeasurable, and eternal soul is subject to destruction…. For the soul there is never birth nor death. Nor, having once been, does he ever cease to be. He is unborn, eternal, ever-existing, undying, and primeval…” (Bg. 2.18, 2.20) 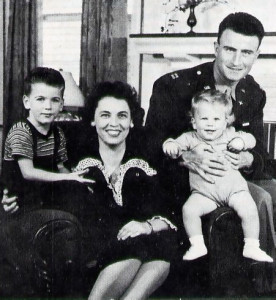 The body, then, is nothing more than dead matter. It’s the soul’s presence within it that makes the body appear alive. And it’s the eternal soul’s presence that gives a continuing identity to the changing body. That explains how Mr. Griesser knows that he’s the same person, despite all the different bodies he’s had over the past sixty-five years. He, the spiritual soul, hasn’t changed. Just his body has.

So we have to center our interest not on the body but on the soul dwelling within the body. At present we’ve forgotten the soul, just as we forget about ourselves when we dream at night. When we’re asleep we may think we’re flying in the sky or seated on a royal chariot. We forget our name and responsibilities. In the same way, although we appear awake now, we’re actually asleep to our identity beyond the mind and body. The goal of human life is to wake up to who we are and to act accordingly (as a spiritual being). 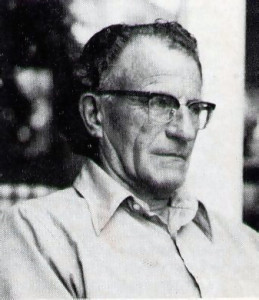 Recently, Orange Coast College honored my father-in-law with a plaque for “thirty years of leadership and service” in the teaching profession, and soon he’ll be retiring. But when I meet him I always think to myself that he still has the spirit of a young man. And actually it’s so. The soul never becomes old. He’s always fresh and young. But now he’s passing through one body after another, from childhood to youth to old age.

Once we know who we are (not this body or mind but a spiritual soul), then a whole new world awaits us. In the words of Bhagavad-gita, this new world is “characterized by the ability to see the self by the pure mind and to relish and rejoice in the self. In that joyous state, one is situated in boundless transcendental happiness and enjoys himself through transcendental senses. Established thus, one never departs from the truth, and upon gaining this, he understands there is no greater gain.” (Bg. 6.20-23)