Back to Godhead > PDF > Back To Godhead June 1977 PDF Download 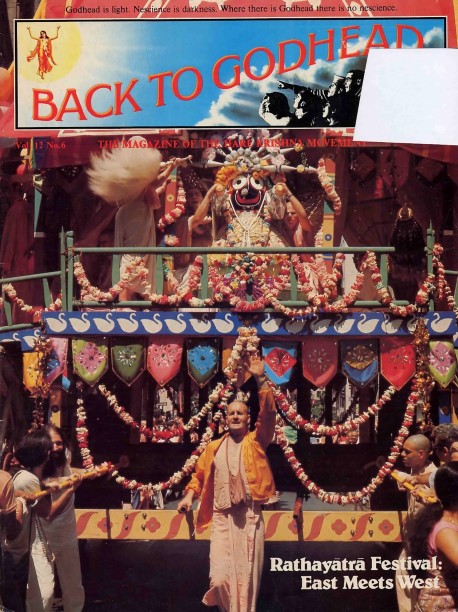 In 1967 His Divine Grace A.C. Bhaktivedanta Swami Prabhupada gave the West a special gift: Ratha-yatra, the ancient Indian “Festival of the Chariots.” From the very first, his beloved disciple Jayananda dasa engineered the huge chariots of Lord Jagannatha, the Lord of the Universe. In this photo (New York, 1976) Jayananda steers one of the many chariots he built through the years. As we were going to press, Jayananda’s Godbrothers and Godsisters celebrated his thirty-eighth birthday. Despite his leukemia-stricken condition, he said be was “just thinking about Lord Jagannatha and all the festivals through the years.” Only four days later Jayananda passed away, chanting Hare Krishna, thinking of the Lord he’d served during his life. 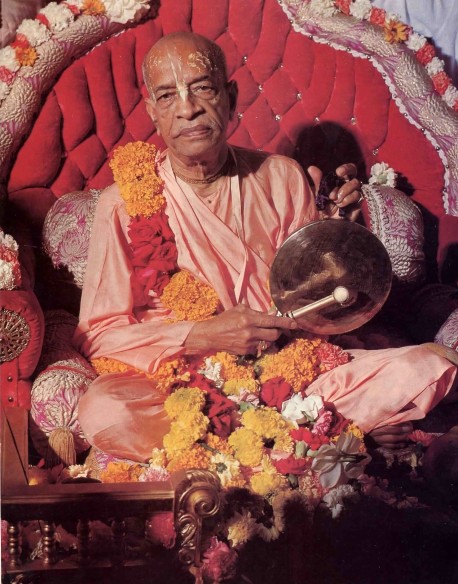