Back to Godhead > Society > Religion > A Christian Tribute to Krsna Consciousness

A Christian Tribute to Krsna Consciousness

The following is a statement by Dr. Harvey Cox, theologian at Harvard Divinity School, at a symposium titled “Krishna Consciousness and Religious Freedom,” conducted at the Center for the Study of World Religions, Harvard University, November 22, 1976. 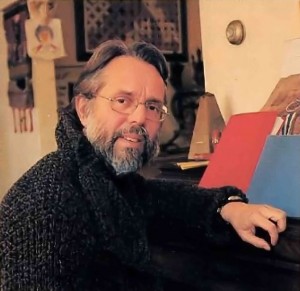 Whenever a spiritual movement or a spiritual leader has emerged and has set forth a way of life which appears to be deviant or different from the conventional values or conventional religion of the time, a person who adheres to that way of life is almost always viewed with suspicion, generally is thought to be a little crazy, very often has the state authority brought down upon him or her, and generally has problems with his family.

Now, without appearing to be overly pious, I would like to refer you to a section in the Gospel of Mark. It’s the third chapter of the Gospel of Mark, recounting some of the early experiences in the life of Jesus…. It begins with the seventh verse of the third chapter of Mark, which we think is probably the oldest and maybe in some ways the most authentic of all the four gospels:

Jesus withdrew with his disciples to the sea, and a great multitude from Galilee’ followed him. And many who had diseases pressed in upon him to touch him. And he went up into the hills and called to him those whom he desired, and they came to him. And he appointed twelve to be with him and sent them out to preach.
And then he came to his hometown and the crowd came together, so many of them that they could not even eat. And when his family heard about this, they went out to seize him, for they said, “He is beside himself.” And the scribes who came down from Jerusalem said, “He is possessed by Beelzebub and by the prince of demons.” And Jesus said to them, “If the house is divided against itself, that house will surely not be able to stand.”
And then his mother and his brothers came, and standing outside the house where he was, they sent a message into him, calling him. And a crowd was sitting around him and they said to him, “Your mother and your brothers are outside and they are asking for you.” And Jesus replied, “Who are my mother and my brothers?” And looking around on those who sat about him he said, “Here are my mother and my brothers. For whoever does the will of God, he is my brother and my sister and my mother.”

Now, I don’t read that passage to engage in any cheap prooftexting or to justify or to legitimatize anything. It simply is to say that at the heart of the Biblical faith, the Christian faith, I think there is this tragic note: that the need for a personal decision about one’s own lifestyle, one’s own philosophy, one’s own faith, one’s own spiritual path, often results in tragic brokenness and pain in the relationships to those with whom one is close. This is the price that is required by any kind of freedom of choice. I think there’s no one in this room who would want to deny that each one of us has eventually to make this ultimate choice, which we all have to make for ourselves—not to have it made for us by a family which is pressuring us, by policemen or “programmers” or “deprogrammers” or “unprogrammers” or anybody else who is pressuring us, but somehow or other to be given the possibility and the dignity to make that choice ourselves. And that’s not an easy thing to do. But I think all of us here would want to underline the need for that. And we can feel some empathy not only with Jesus, who, as a young man, was beginning to engage in his ministry, but perhaps also with his family and his friends and his brothers and sisters who were baffled and distressed by his activities.

Now, let me make just one other point. I’ve asked myself in recent weeks, as there has been more and more controversy about the Hare Krishna movement (many devotees of which I’ve personally known and respected highly), “Why is it that suddenly this movement and other movements have come in for such attention, to the point that one might even begin to speak of harassment? Why is this? And I have to confess now, as a theologian mainly committed to Christianity, that I think it indicates a feeling of guilt and a feeling of failure on the part of those who have tried to preserve something of the critical and creative spiritual possibilities that Christianity itself offers. Could it be that we have allowed Christianity itself and perhaps Judaism to be so identified with the values of accumulation, profit, performance, success, and material gain—which are, after all, the main values of our society—that it takes something as apparently esoteric and exotic as a movement coming from India to remind us that there is, in fact, another way of life, that there is a way of life that is not built on accumulating profit, property, success, and degrees, but has at its core a certain kind of simplicity and plainness of living, if you will? Isn’t it strange that that message can now be presented to us by movements coming from so far away, when the prophets of our own tradition—the ones that we officially celebrate but often ignore—have a message so similar? Jesus of Nazareth; St. Francis of Assisi, who certainly worried his parents when he made his strange decision to put on a new kind of clothing, to go out to sing and dance in the streets and to talk to the birds; Baal-Schem-Tov, in the Chassidic Jewish tradition, who was viewed as a little strange, but who brought a kind of gaiety and affirmation to life and a rejection of the values of mere profit and accumulation.

Why is it, I asked myself, that we can’t hear the voices of these prophets from our own tradition, and yet somehow people from as far away as India can bring a message which in some ways sounds so similar? Maybe this is a way that we are being called back to something more essential in our own tradition—a way that God has of reminding us of what we’ve left behind and forgotten and ignored. What is the meaning for us of this movement’s coming into our midst in this century? I would put it in a very theological sense: What is God saying to us? What does it mean? Is it merely a legal issue? Is it merely an issue of civil liberties, however important that may be? Or is there something else which is happening here? Are we uncomfortable with some of these movements because at a certain level we’re very uncomfortable with ourselves, with the kind of materialistic society we’ve built? Maybe one of the results of this Hare Krishna movement will be to stimulate us to rediscover some things that we’ve ignored and suppressed in our own religious heritage. I think it may happen. And if it does, then I’m very grateful for the kind of gift that they bring.