Back to Godhead > Krishna > The Song of God

The Song of God

The Song of God in English Verse

(Based on the Bhagavad-gita As It Is, translation and commentary by His Divine Grace A.C. Bhaktivedanta Swami Prabhupada.) 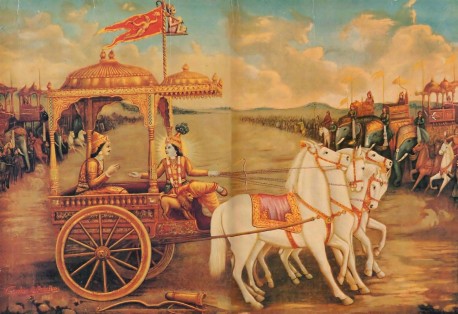 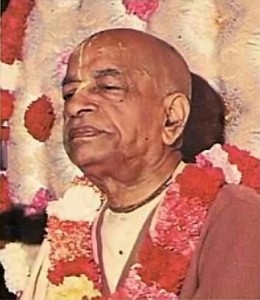 O Prabhupada! You hold the torch
Which opens blinded eyes;
In this entire maddened world
Just you alone are wise.

You are the only preacher here,
Just you deserve all praise,
While I’m an ignorant weakling
Unlearned in Vaisnava ways …

But my purpose is to please you;
Be merciful, please, to me.
Bless my pen with understanding
Of the Gita’s mystery. 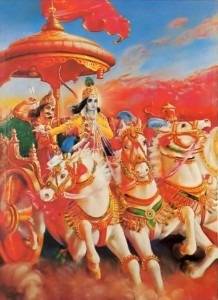 The Bhagavad-gita, originally composed in Sanskrit five thousand years ago, is the literal record of the words of Lord Krishna, the Supreme Personality of Godhead. The essence of all Vedic scriptures, it contains the most advanced science of God consciousness in the world.

There have been many translations of the Gita, but the translation of His Divine Grace A.C. Bhaktivedanta Swami Prabhupada is the only one that imparts the Gita’s original spirit and not the commentator’s self-interested opinions. In essence, the Gita tells us that we should accept Sri Krishna as the Supreme Lord and surrender to Him—this is the very purpose of human life. Hiranyagarbha dasa, a disciple of Srila Prabhupada, has carefully followed the authorized teachings without attempting to change the message. He has simply rendered it in his own poetic style. Here are a few excerpts from the second and fourth chapters, prefaced by a dedication and a glorification of the Gita.

In Praise Of The Gita

O Bhagavad-gita, song of God,
I bow down at your feet.
Nondifferent from the Supreme Lord,
You therefore are complete.

You shower spiritual nectar
Throughout a hundred ages,
Praised by poets and by gods
And glorified by sages.

As one takes bath to cleanse himself
In water day by day,
So one who bathes in your nectar
Cleans all his sins away.

By your words alone we’ll be freed
From Maya’s nasty hooks,
You spring from Krishna’s lotus lips,
What need of other books?

So let there be just one scripture—
The song of Devaki’s son.
And let the son of Devaki be
Worshiped by everyone.

And let Sri Krishna’s holy names
Be the one song to be sung,
And His transcendental service
The one work to be done. 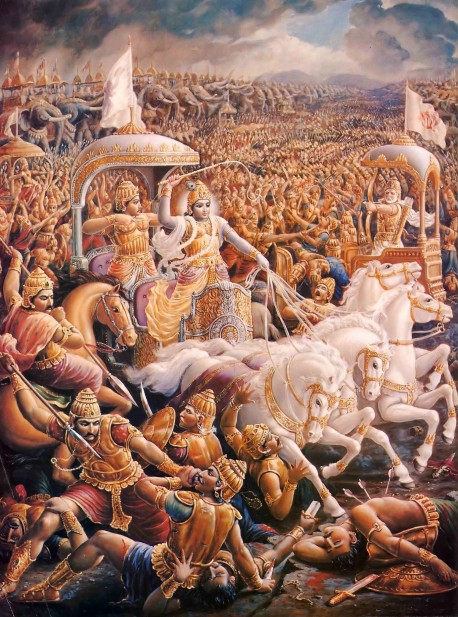 From Chapter Two: “The Gita Summarized” 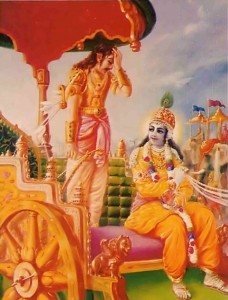 Seeing intimate relatives and teachers on the enemy side, Arjuna loses his resolve to fight and sits down on his chariot in great fear and confusion. Krishna then teaches him not to fear the outcome of the fight, because the soul is eternal and can never be killed.

In matters for which learned men
Would never grieve, My friend,
You are absorbed in grief and still
You speak like learned men.

Those who don’t know the scriptures’ truths
Mourn at a man’s demise;
In life or death from sorrow freed
Is he who’s truly wise.

Neither you nor I nor all these kings
Here on this field of war
Did not exist before this birth,
Nor will we die hereafter.

Just as we pass from child to youth
Old age to final breath,
We simply make another change
Reaching the time of death.

Although we all must go through this,
One who’s sober, calm, and clear
Remains undisturbed at that time—
From death he knows no fear.

The higher truth, which never dies,
Pervades the body whole,
It’s conscious and is consciousness
And is known as the soul.

The body meets destruction,
But one can’t destroy the soul,
Who’s eternal and without death
And has eternal goals.

So therefore you should fight, Arjuna,
Knowing there is no death;
All these foes of yours won’t die.
They’ll just take other births.

Here Lord Krishna personally describes His own transcendental nature as the Supreme Lord and His purpose in coming to the material world.

Through many births we both have passed
Without a start or end;
I can remember all of them,
But you cannot, My friend.

Arjuna, My friend, you too were there,
But in another form;
You have forgotten this because
You died and were reborn.

But Arjuna, I am never born,
And neither do I wane,
I am the Lord of all creation—
By My own will I came.

I have no need to come to earth;
I have no duty here.
For these reasons nonetheless
In each age I appear:

When irreligion dominates
And religion’s in decline,
And the world situation
Follows no scriptural line,

When no one else but I could do
The thing that must be done—
Establish the parampara—
It is then that I come.

I annihilate the miscreants
And save the holy men,
I preach the Bhagavad-gita
And there is peace again.

My birth and My activities,
Are not material, you see,
One who understands this at death
Comes back at once to Me.

O Prabhupada! You hold the torch
Which opens blinded eyes;
In this entire maddened world
Just you alone are wise.

You are the only preacher here,
Just you deserve all praise,
While I’m an ignorant weakling
Unlearned in Vaisnava ways.

But my purpose is to please you;
Be merciful, please, to me.
Bless my pen with understanding
Of the Gita’s mystery.