Back to Godhead > Devotees > Chanting > The Mantra for Everyone

The Mantra for Everyone 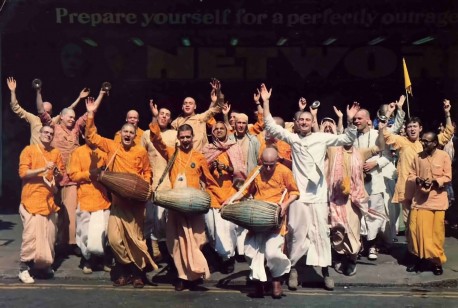 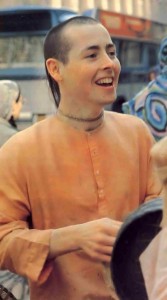 In India saints and ordinary people alike have long known about these holy names of God—the maha-mantra, or great chanting for deliverance. In 1965 His Divine Grace A.C. Bhaktivedanta Swami Prabhupada, a pure devotee of the Lord, brought the chanting to the West.

Hare is an address to God’s energy, Krishna means “God, the all-attractive,” and Rama is another of God’s names, meaning “the highest pleasure.” Chanting these names frees the mind from anxiety and illusion and revives our eternal loving relationship with Krishna. 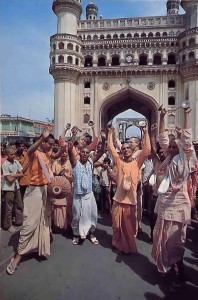 Five hundred years ago Lord Caitanya (the incarnation of Krishna in the mood of a devotee) began spreading the chanting of the maha-mantra. He stressed its benefits for the people of this materialistic age and predicted that out of compassion, devotees would take the chanting to every town and village in the world. And now Srila Prabhupada’s disciples—the members of the International Society for Krishna Consciousness—are fulfilling that prediction.

“In this age of Kali, the holy name of the Lord, the Hare Krishna maha-mantra, is the incarnation of Lord Krishna. Simply by chanting the holy name, one associates with the Lord directly. Anyone who does this is certainly delivered” (Sri Caitanya-caritamrta, Adi-lila 17.22). 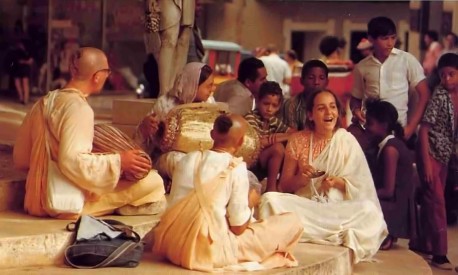 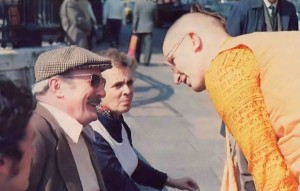 “Glory to the chanting of the Hare Krishna maha-mantra, which cleanses the heart of all the dust accumulated for years and extinguishes the fire of conditional life, of repeated birth and death…. It increases the ocean of transcendental bliss, and it enables us to fully taste the nectar for which we are always anxious” (Sri-Sri-Siksastaka). 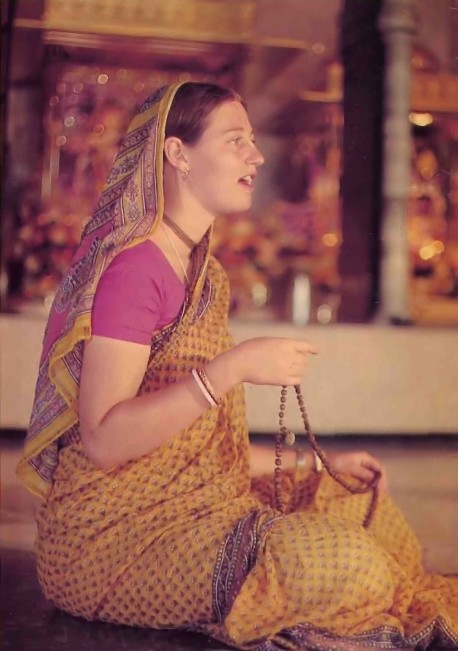