Back to Godhead > PDF > Back To Godhead September 1977 PDF Download 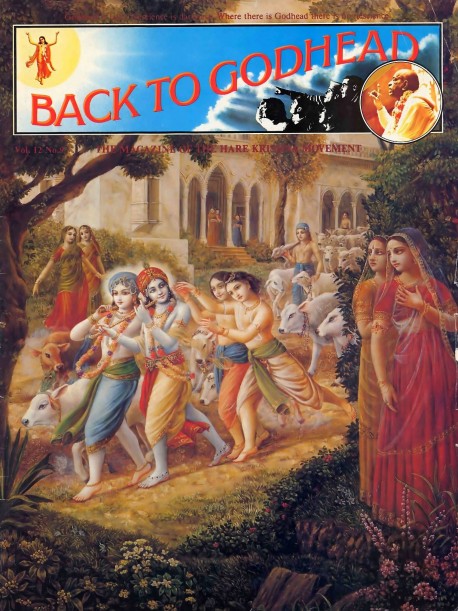 This scene takes place five thousand years ago, in India’s Vrindavan, the land of Lord Krishna. “As Krishna leaves the village,” says artist Drgha-devi dasi, “The gopis [cowherd girls] are concerned that He might hurt His lotus feet on the forest trail, and they’re feeling such intense separation from Him that they’re almost fainting.” Today, if people have any notion of Lord Krishna, they think He should serve them–God is their servant. So naturally everything (like the weather) is topsy-turvy. But the gopis and all the other people in Vrindavan think they should serve Krishna–they’re His servants. So Vrindavan gets rain at night and sun all day–every thing is nice. If you pay attention to Krishna, you don’t have any worries. He pays attention to you, too.” 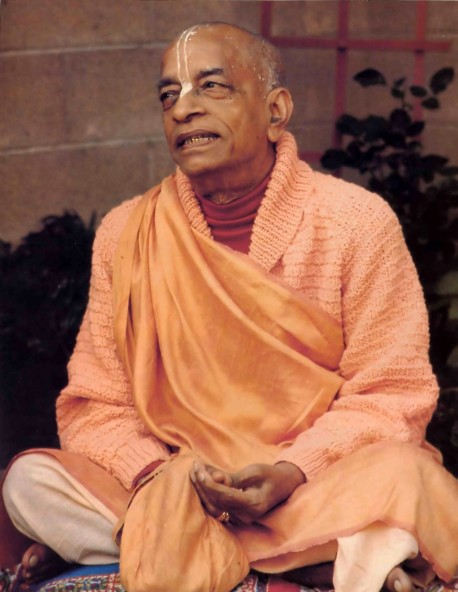