Back to Godhead > Festivals > The Rathayatra Festival’s Inspiration

His Divine Grace A.C. Bhaktivedanta Swami Prabhupada brought the ancient Indian Ratha-yatra, the Festival of the Chariots, to the West in 1967. That year Srila Prabhupada held the festival in San Francisco’s Golden Gate Park, and it quickly caught on all over the world. In 1969, at the third San Francisco festival, Srila Prabhupada spoke these words: 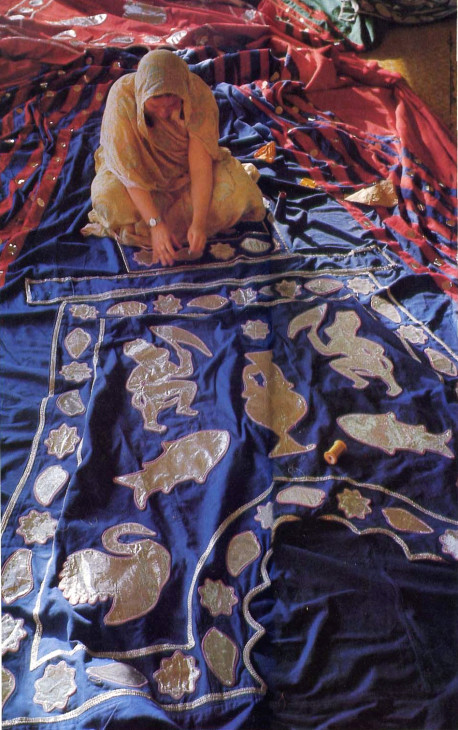 A seams tress adds finishing touches to a chariot canopy.

“My dear American boys and girls, I thank you very much for your taking part in this great festival known as Lord Jagannatha’s Ratha-yatra. This festival has been held every year for the last two thousand years or more in India, and in your country perhaps this is the third year we have held this great Ratha-yatra festival. We are also holding this festival in Boston, London, New York, and Columbus. The purpose for this Krsna consciousness movement is to invoke your dormant love for Jagannatha, the Supreme Personality of Godhead. Every one of us—not only human beings but every living entity including birds, beasts, and aquatics—is part and parcel of the Supreme Personality of Godhead. And just like a son has the right to inherit the property of his father, so we have the prerogative to achieve the status of our father, the Supreme Personality of Godhead. This status is called sac-cid-ananda-vigraha, Sat means ‘eternal,’ cit means ‘complete in knowledge,’ ananda means ‘bliss,’ and vigraha means ‘person.’ As we are all persons, so the Supreme Personality of Godhead is also a person, but He is very, very great. And He being the greatest, He supplies the needs of all other individual persons. We have a relationship with Lord Jagannatha, and we are meant to participate in His qualities of eternity, knowledge, and bliss.

“This inauguration of the Ratha-yatra festival will bring a new chapter in the history of the world—it is that potent. It is stated in the Vedic literature that anyone who sees Lord Jagannatha seated on this chariot will never again have to take birth within this miserable material world.” 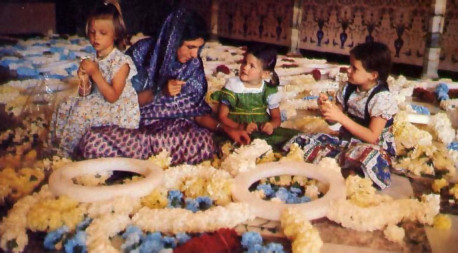 stringing garlands
that will adorn the chariots 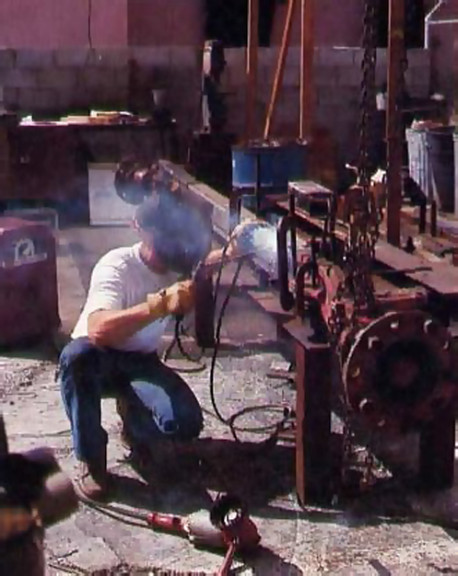 welding an axle that will hold a six-ton frame 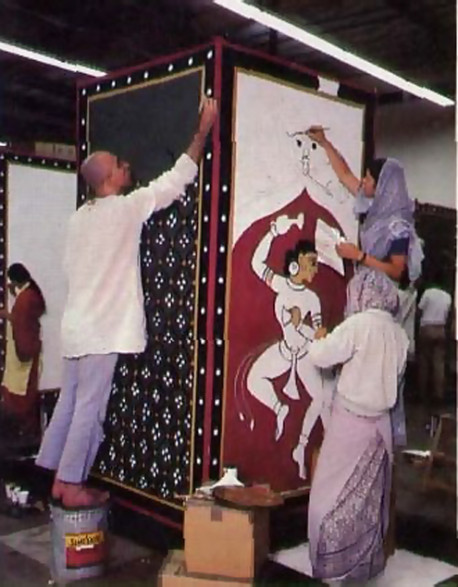 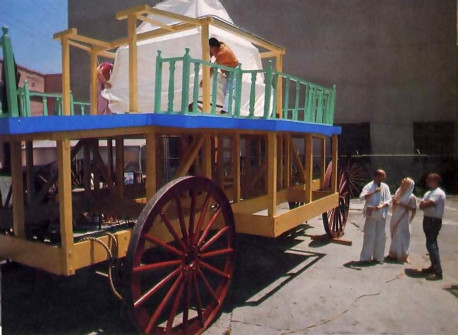 making measurements that will make the chariots’ rid e a smooth one.