Back to Godhead > Society > Philosophy > The Logic of the Absolute

The Logic of the Absolute

The Logic of the Absolute

Given proof of God, would a materialist know how to read it? 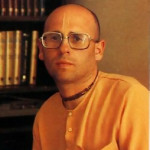 People often ask us, “Can you prove the existence of God?” Proof indicates a conclusive demonstration that establishes the validity of an assertion, in this case the assertion that God exists.

But as soon as we speak of a demonstration, the next question is “To whom shall we demonstrate?” If we speak of evidence or data, we must know who will see and hear it. In other words, who will judge the results of a particular experiment, test, or trial.

Consider a hypothetical example. Doctor Waterport, the famous scientist, has just discovered a sophisticated formula that solves a technical mathematical problem. He proudly calls his colleagues together and presents them with thirty pages of ultratechnical symbols. His fellow scientists pore over the pages and conclude, “Yes, this is the answer we’re looking for.” If Dr. Waterport were to show the proof to an ordinary person on the street, the person wouldn’t even know how to hold the pages right side up. Because he’s not trained in mathematics, the proof would be meaningless to him. Conclusion: Proof demands a qualified audience.

Certainly, any valid proof must be logical. But how we apply logic depends on our previous experience. For example, suppose an apple tree is growing outside your window. One morning you hear a sound like that of an apple hitting the ground, and when you look outside you see a ripe apple lying beneath the tree. Logically, you conclude, the apple has just fallen from the tree.

Your logical statement rests on your previous observation that the apple tree produces apples, that the apples fall to the ground, and that they make a certain sound when this occurs. And your statement appears logical to those with similar experience.

So we apply logic in terms of our experience. Therefore, how can we expect to make God logical to a person who has had no spiritual experience? How can God appear logical to a person to whom the very terminology of the science of God is unintelligible? Thus it is ludicrous when those who are spiritually blind, deaf, and dumb -demand that God be made “logical” to them and that His existence be “proved.”

We can easily provide innumerable proofs of God—provided we are free to stipulate that the judge of the data be a person who is spiritually trained. Devotees of the Lord who are advanced in Krsna consciousness can logically, evidentially, and demonstratively deal with the reality of the soul and God. But materialistic fools demand that God, a nonmaterial being, be reduced to a material formula.

It is patently absurd to demand material proof for a nonmaterial entity. Mathematical or physical laws describe predictable ways in which material things interact. God and the soul are not material and thus cannot be reduced to material descriptions.

This does not mean, however, that the soul is outside the jurisdiction of logical discussion. Consciousness itself is spiritual, not material, and thus the study of consciousness, or spirit, is not beyond the scope of human beings.

In fact, all fields of knowledge depend on tangible perception of the soul, since all sciences depend on a conscious scientist who works with consciousness, which is spiritual, not material. In other words, spiritual awareness is intrinsic to all types of awareness, although materialistic people do not recognize that consciousness is spiritual.

Ultimately, we must come to the stage of absolute logic, which refers to absolute perception, a perception of things with eternally recognizable properties and eternally established relationships. For example, God is the supreme master and enjoyer and we are His eternal servants. Thus it is absolutely logical for us to serve Him, for we are then situated in our natural, constitutional position. To serve a mundane employer may be logical, but it is not absolutely logical, since after the employer’s death, or upon his bankruptcy, serving him is illogical.

In conclusion, logic is a secondary process that follows the primary process of consciousness. We are conscious, for example, that numbers have particular values and properties, and based on this perception, we can state that a particular mathematical equation is either logical or illogical. Similarly, by purifying our existence through the practice of Krsna consciousness, we can perceive the values and properties of God, and thus we can discern that a particular statement about God is either logical or illogical. By confirming our analysis with the Vedic literatures, which are standard reference works of spiritual science compiled by realized devotees, we can perfectly understand the science of God in Krsna consciousness.