A tree waiting patiently for so many years in a quiet English forest, a green spark of Krishna consciousness wishing somehow to serve the Primeval Lord. Then of a sudden, this tree, humble and anonymous, patient and silent, by the grace of Sri Krishna is transformed into wooden planks, and the strong work-worn hands of Prabhu Shyamasundar begin, with the knowledge of having carved so many nice Jagannath murtis, to transform these boards into the mighty holy car of Lord Jagannath.

It is the backyard of an ordinary English neighborhood. But soon the red-headed five-year-old who lives next door begins to repeat after us as we afix oversized wooden carriage wheels to the frame … “Hare Kr—-ishna” … smiling, feeling the devotion, asking his mother if he can join our procession. Sometimes Prabhu Malati sends down orange drink and prasad and Indian boys stop after their day’s work to paint a wheel or sand the frame. To work directly for Krishna is so irresistable that it is not work at all! Such a large noble creation being pushed through the twilight streets, first in the western world, this car bearing the ever brightly smiling Personality of Godhead. Then after six hours journey over the historic bridges we arrive at Hyde Park, and humbly lay the garlanded flowers at the Lotus Feet of the Deities, the frame swaying as we place the ladder against it to staple the red and yellow satin, the Hare Krishna banner and the other bunting of this most happy of vehicles. People from everywhere gather about to take pictures, other banners of Indian communities being carried in, east and west singing to Lord Krishna. Small children and gray-haired grandmothers with tilok all wanting to pull the rope that will send dancing the grand Lord of the Universe. Then the conch is sounded (she who was laid so nicely upon the shore just for this service of being sounded for the Lord) and with the transcendental broom sweeping away the material dust, we dance towards Trafalgar Square, the street resounding with “Hari Vol! All Glories to Lord Jagannath!” Prasadam is given freely to all and all become friends of Sri Krishna—the sweetest and most loving of friends. People in cars who may have been thinking only of this mundane world hear the chant and see the devotees, arms upraised ecstatically, calling to the Father and to Srila Prabhupada, and they become relieved of all anxiety. Prabhu Mataji from eternal Vrindaban, her eyes closed, shawl overhead with her friends around her, also chants the Maha Mantra, as so many cameras record the joy that cannot be manufactured but which must come by pleasing God in full surrender.

Such a glorious massive samkirtan through central London that when we arrive with the hundreds and thousands in Trafalgar Square we want only to chant and chant. We see many leading happy kirtans, many dancing and savoring transcendental bliss … so involved, so uplifted that at dusk, still full of the strength which the blessed Lord constantly renews, we finally thank our so kind brothers and sisters and leave for our dwelling places with but one thought … O dear Krishna, let me ever be refreshed by the nectar of serving You! 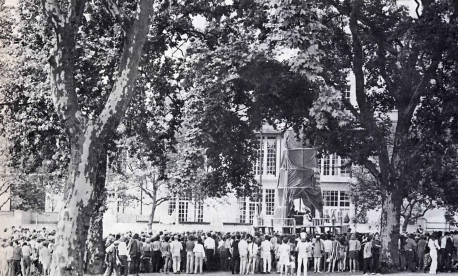 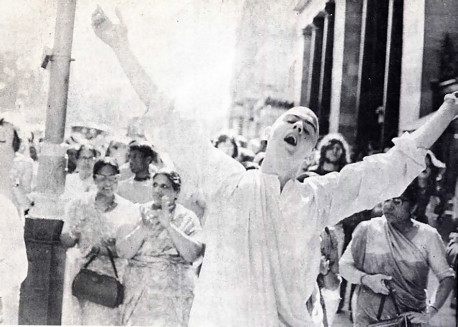 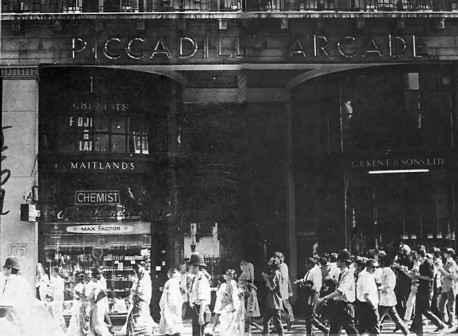 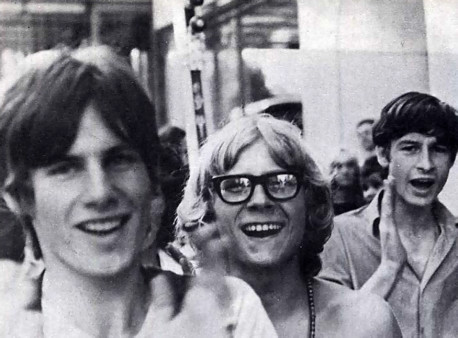 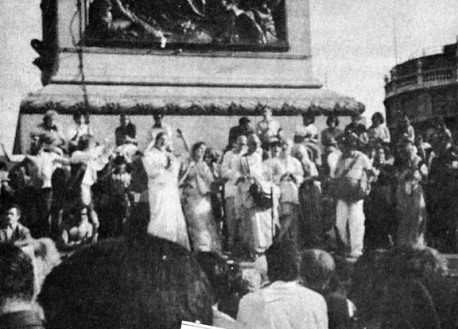 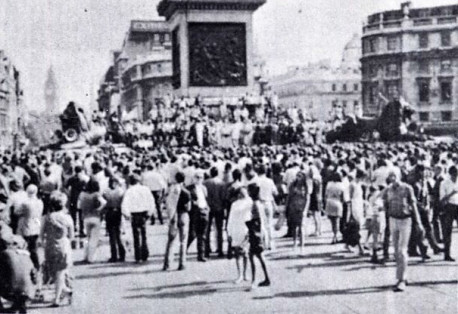 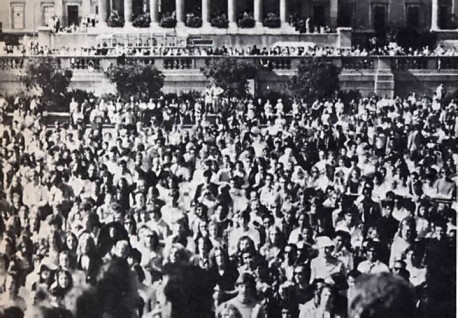 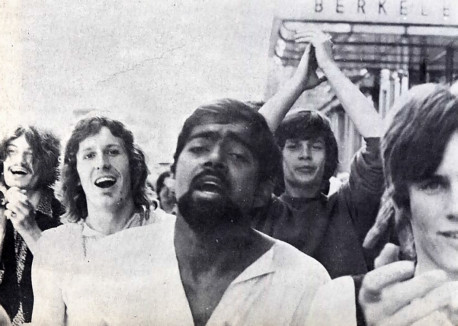 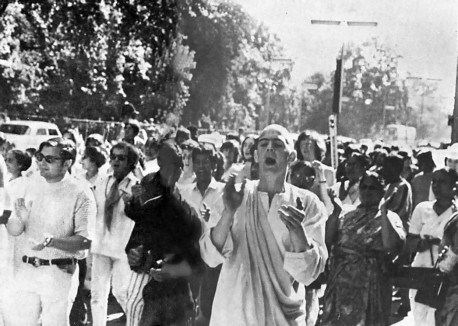 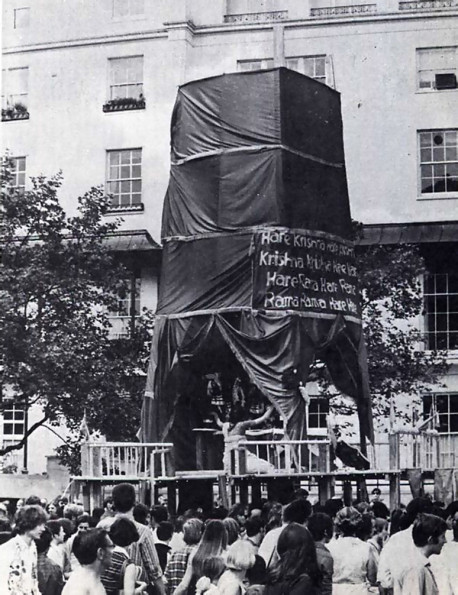 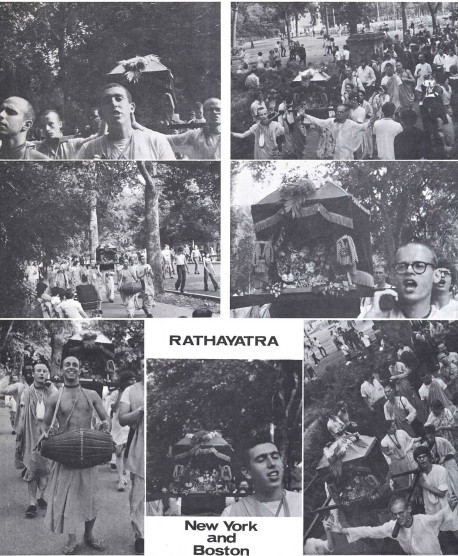 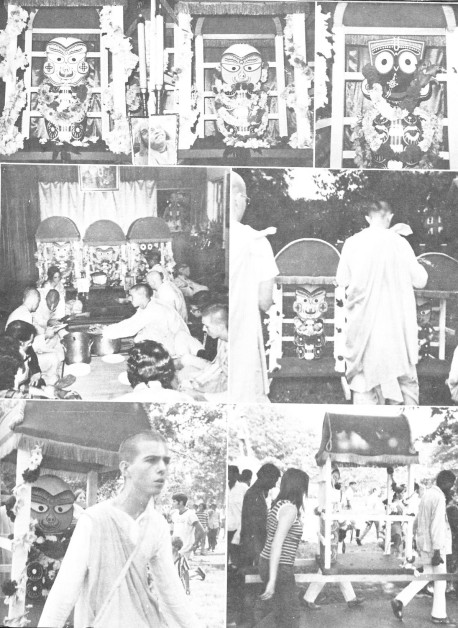