Back to Godhead > Devotees > Preaching > Yoga > Perfection in Yoga 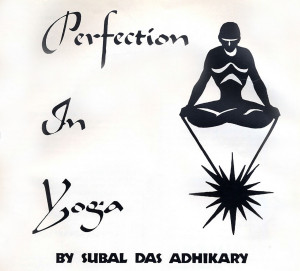 The ultimate knowable object in the revealed Scriptures is Sri Krishna, the Personality of Godhead. The purpose of performing sacrifices is to please Him; the mystic paraphernalia are performed for realizing Him; all fruitive activities are ultimately rewarded by Him only. He is the Supreme knowledge, and all severe austerities are performed just to know Him. Religion means to do devotional service unto Him. And He is the Supreme Goal of life.

Vasudeva, Sri Krishna, is all-in-all. The whole purpose of this human form of life is to realize Him, and to re-establish our relationship with Him. Yoga is not meant for any other purpose, such as gaining mystic powers, recognition, wealth, or any other material benefits. The loving service of Govinda, Krishna, is itself the indescribable nectar to be derived from its practice.

And, of all yogis, he who always abides in Me with great faith, worshipping Me in transcendental loving service, is most intimately united with Me in Yoga. (Bg. 6.47)

How does one go about achieving this relationship? In the Sixth Chapter of Bhagavad Gita, Krishna gives an outline of the Yoga system, consisting of going to a secluded, sacred place; laying out a special seat; meditating, etc. And Arjuna, a great devotee, rejects it as impractical and unendurable. If Arjuna rejects this system, then who today can take it up? Actually, no one. Or, if we must yield a step for argument’s sake, perhaps one or two men out of billions. As for the rest of humanity, Yoga is not for them, as it is thus outlined. We are five thousand years into the Age of Kali, this Age of Chaos and Destruction. Man’s life span is shortened, he lives in surroundings which are unconducive to spiritual growth, and his mind is in turmoil. How can he hope to sit in meditation, controlling the mind and senses?

However, the factual perfection of Yoga is available to everyone, by chanting HARE KRISHNA, HARE KRISHNA, KRISHNA KRISHNA, HARE HARE, HARE RAMA, HARE RAMA, RAMA RAMA, HARE HARE . This is the simple and sublime method recommended by great authorities for this Age. By chanting this Maha Mantra, or the Great Chanting for Deliverance, one is immediately placed on the spiritual platform, surpassing all lower levels of existence. And Krishna is present before you. Krishna being Absolute, His Name is non-different from His Form, Pastimes, Entourage, or Abode. Through this chanting, one can experience the transcendental bliss derived from association with the Lord, and gain full knowledge of spiritual matters.

We are all servants by nature, and Krishna is the Master of everything by His Divine Nature. We are always serving Him, whether indirectly through the agency of His illusory energy, Maya; or directly under the guidance of His bona fide representative. Krishna Consciousness is the direct transcendental loving service of the Lord. It is not merely a method for achieving some higher goal: it is itself the perfection of all Yoga systems, the final goal of all life, and especially the goal of human life. The devotee desires no reward. Love of God is its own reward. He simply desires to be blessed, life after life, with the service of Krishna and the rememberence of His Holy Names.

At this moment, when so many people are becoming infatuated with Yoga, many are being misled into every manner of nonsense and evil by the so-called spiritual leaders, who desire cheap adoration from the innocent public. In the Bhagavad Gita (3.6) Krishna says:

One who restrains the senses and organs of action, but whose mind dwells on sense objects, certainly deludes himself, and is called a pretender.

In his purport to this Verse, our Spiritual Master, A C. Bhaktivedanta Swami, has written:

There are many pretenders who refuse to work in Krishna Consciousness, but make a show of meditation, while actually dwelling within the mind upon sense enjoyment. Such pretenders may also speak on dry philosophy, in order to bluff sophisticated followers. But, according to this verse, these are the greatest cheaters. For sense enjoyment one can act in any capacity within the social order, following the rules and regulations of a particular situation of life, and thus make gradual progress in purifying his existence. But if any man makes a show of becoming a yogi, while actually in search of the objects of sense gratification, he must be called the greatest cheater, even though he sometimes speaks of philosophy. His knowledge has no value because the effects of such a sinful man’s knowledge are taken away by the illusory energy of the Lord. Such a pretender’s mind is always impure, and therefore his show of yogic meditation has no value whatsoever.

We are faced today by many pretenders who claim to be spiritual leaders, holy men, swamis, etc. But most of these men fall under the headings of intoxicant leaders, mental speculators, and atheists who do not have an iota of devotion in them. It is necessary to choose a spiritual master in order to make progress, but we must be careful and use discrimination, or else we will be badly misled. The true spiritual master is Krishna’s bona fide representative, and only he can impart to us the highest good.

A spiritual master must receive his knowledge from someone who is in a line of disciplic succession, originating from Lord Sri Krishna. He must hear this knowledge correctly, realize it for himself, and then impart it to the student without changing it. This is the only way to gain true knowledge. The spiritual master is well versed in spiritual matters, and is the embodiment of religious practices. These are some of the identifying characteristics of Krishna’s representative. And, by surrendering to him, one can achieve the perfection of Yoga, devotion to Krishna—and even Krishna Himself.