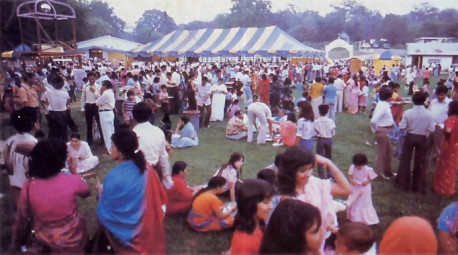 Recently, Western and Indian devotees came together at ISKCON centers worldwide to celebrate the day, some fifty centuries ago, when Lord Krsna made His appearance on earth. 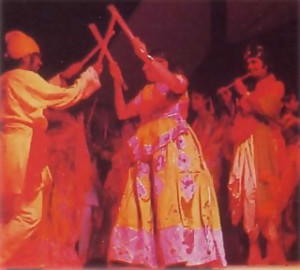 Earlier, ISKCON members joined with the Indian Cultural Coordination Committee to welcome Prime Minister Morarji Desai at a reception at the University of Maryland. The next day Rupanuga dasa, a member of ISKCON’s central governing board, visited the Prime Minister at Blair Mansion, near the White House. Mr. Desai spoke to Rupanuga dasa about India’s traditional world role of spiritual leadership, based on Lord Krsna’s teachings in Bhagavad-gita. Mr. Desai added that he appreciated ISKCON’s programs.

Bombay—At ISKCON’s new cultural center, Dr. Premila Tople, Maharashtra State Minister for Health and Family Welfare, said this: “One day the teachings of the Bhagavad-gita—and this Krsna consciousness movement will spread to every corner of the world. There may be many countries which are more advanced materially, but India can show the proper spiritual way of life to the whole world. The Krsna consciousness movement is an exact manifestation of our ancient culture, and I am confident it will progress more and more.”

Bhubaneswara—In the capital of the eastern state of Orissa, Sri Satyapariya Mohanty, the speaker of the legislative assembly, said this to guests: “Once I held the opinion that ISKCON was an organization of opulent persons who get some mental enjoyment out of it, but during my recent tour of America I saw I was mistaken. The people in general are joining this genuine spiritual movement.” 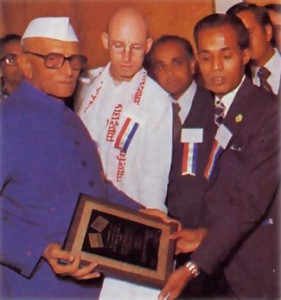 A recent UPI report says that Bhagavad-gita As It Is, with translation and commentary by His Divine Grace A.C. Bhaktivedanta Swami Prabhupada, is part of the personal library of California Governor Edmund G. Brown, Jr. The Gita contains Lord Krsna’s instructions on self-realization, God consciousness, and social, political, and economic organization.

Also, the latest Gallup Youth Survey shows that half a million American teenagers now identify themselves with the Krsna consciousness movement. The movement, which began in 1966 in a New York storefront, now has more than one hundred asramas, schools, temples, institutes, and farm communities worldwide.