Back to Godhead > PDF > Back To Godhead November 1977 PDF Download 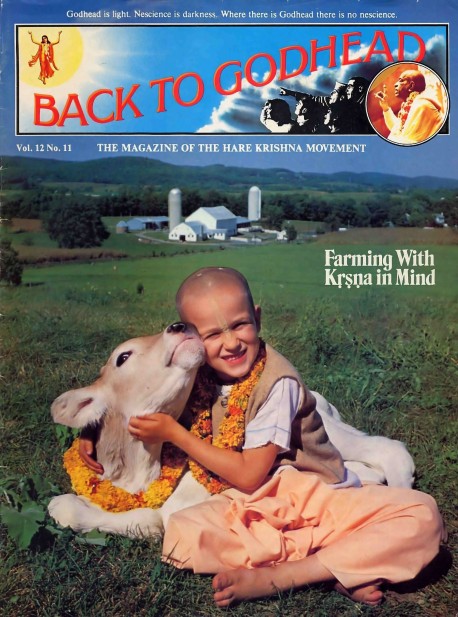 How can we end the world’s economic woes? “Just depend on nature’s beauty and the cows,” says His Divine Grace A. C. Bhaktivedanta Swami Prabhupada. When Srila Prabhupada started the International Society for Krishna Consciousness in 1966, he had much more in mind than a discussion group. Concerned about the suffering caused by today’s over urbanized civilization, he began setting up farming communities where people could delight in ancient India’s God-conscious culture–“simple living and high thinking.” In this issue we feature two of those communities the oldest (New Vrindavan, near. Wheeling, West Virginia) and one of the newest (Gita-nagari, near Port Royal, Pennsylvania), pictured here. 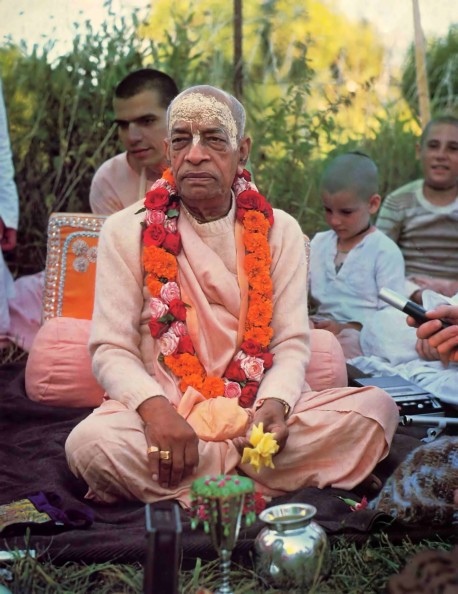