Chant and be happy… At Laguna Beach 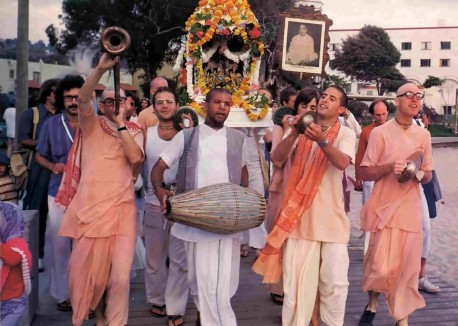 Laguna Beach—vacationers visit this southern California haven to enjoy the sun, surf and exotic shops. But the devotees at the Radha-Krishna temple there know a much better way you can enjoy yourself. Anytime you want to, and anywhere you happen to be, you can simply chant the Hare Krishna mantra and dive into an ocean of transcendental pleasure.

Find out more about Krishna consciousness in this issue of Back to Godhead magazine. 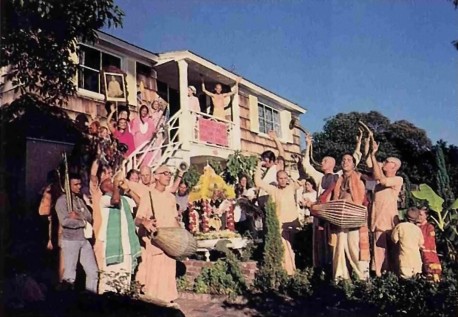 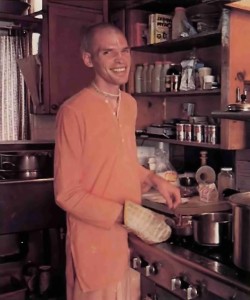 Pavamana dasa, cook (Laguna Beach): “I’ve been chanting Hare Krishna for five and a half years, and I’ve never found anything more pleasurable. A devotee once promised me,’If you chant Hare Krishna you’ll be happy. Just try it for a week—you’ll feel the difference if you chant just five minutes a day.’ He pointed out that there would be no loss on my part, but if there was something to gain, why not give it a try? So I did. I chanted for a week and I had to admit that I felt a keen pleasure—very much different from anything I had felt before. The chanting didn’t cost anything, and it was natural and easy to do. So now I know that there isn’t anything better than chanting the Hare Krishna maha-mantra, because it puts you in touch with the reservoir of all pleasure—Lord Krishna.” 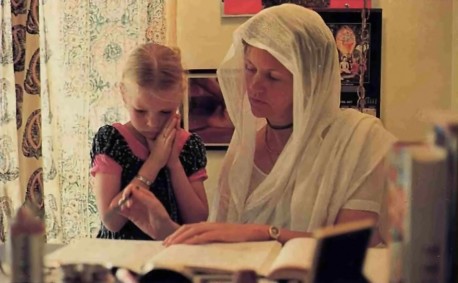 Tusti-devi dasi, teacher (Los Angeles): “I’d been teaching grammar school for eight years before I began chanting Hare Krishna. Until then I had really nothing to give my students, because I didn’t know what the goal of life was. By chanting and practicing bhakti-yoga, I’m now able to give my students, and myself, the perfection of life—Krishna consciousness.” 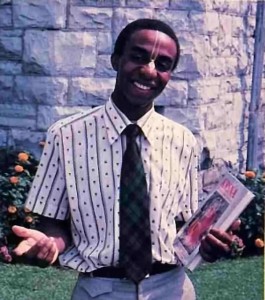 Ugresa dasa, book distributor (Toronto): “For over two years I’ve experienced the transcendental pleasure of chanting Hare Krishna. And this transcendental pleasure increases when I tell other people about the chanting—by giving them books on the science of Krishna consciousness. So every day I go to the places where the most people are and pass out as many of these books as I can. The more people that hear about chanting the Hare Krishna maha-mantra, the happier I feel.”

The International Society of Krishna Consciousness (ISKCON) is a worldwide community of devotees practicing bhakti-yoga, the eternal science of loving service to God. The Society was founded in 1966 by His Divine Grace A.C. Bhaktivedanta Swami Prabhupada, a pure devotee of God representing an unbroken chain of spiritual masters originating with Lord Krishna Himself. The following eight principles are the basis of the Krishna consciousness movement.

2 Responses to Chant and be happy… At Laguna Beach