Back to Godhead > Society > Religion > Can Religions Compete?

“A German theologian allowed bhakti to speak to him,
to address him directly, even to challenge him—
but only up to a point.” 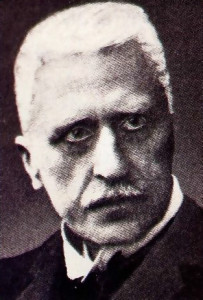 Garuda Dasa is a Ph.D. candidate in South Asian Languages and Civilizations at the University of Chicago.

In this century, more than ever, Christian thinkers have been concerned with understanding other religions of the world. This concern arises from what, for Christians, is an important question: Should we accept that other legitimate religions exist, or should we deny the existence of other true religions and hold that God has only one revelation, namely the Christian one? Some Christian theologians have taken a liberal stance by saying that Christianity is just one among many religions of the world and that the others should be considered just as valid. Others have taken an exclusivistic stance by saying that although there are certainly many religions, there is only one true faith-Christianity.

Still other Christian theologians, however, have been somewhat willing to look closely for genuine value in other religions of the world. One such theologian, one of the most renowned religious thinkers of this century, was a German scholar named Rudolf Otto, who is known particularly for his book entitled The Idea of the Holy. As a Christian theologian, Otto was not content simply to compare world religions. Rather, he was concerned with the significance of these religions for Christianity. Even more than this, he was sensitive to a pluralism that contained a religion that was to confront him in his own faith. Indeed, he was concerned with that particular religion which he felt to be the “competitor” to Christianity.

What exactly did Otto mean by a religious competitor, and what might that competitor be for Christianity’? Such a competitor, Otto explained, would make a claim to be equal or even superior to Christianity, and would have a wellfounded basis on which to make such a claim. According to Otto, a religious competitor is “whatever may seek a place in our hearts or control over our lives that is not our faith but in rivalry with it.”

Out of all the world’s religious traditions, the one Otto considered the competitor to Christianity was what he referred to as “India’s religion of grace,” or “bhakti-religion.” He discussed this competitor in his book India’s Religion of Grace and Christianity Compared and Contrasted. There he wrote:

In this Indian bhakti-religion there is presented, without doubt, a real, saving God, believed, received, and—can we doubt it?—experienced. And this is just why this religion appears to me to have been, and to be to-day, the most astonishing “competitor,” to be taken most seriously.

Here we are dealing with a genuine religion and religion of experience. Religion is here no mere fringe sentiment furnishing a border to the rest of our life, but is conceived as the true meaning of life itself.

Otto dedicated a good part of this book to demonstrating and appreciating numerous similarities between bhakti and Christianity. Later in his work, however, Otto mentioned that the two religions demonstrate a difference of “spirit”:

One feels that there in the Gita the spirit of India breathes, here [in the Bible] the different and, let us say at once, the incomparably more piercing and vigorous spirit of Palestine.

Of course, nowhere in his work did Otto demonstrate that he knew the “spirit” of bhakti, nor did he ever express just how that “spirit of India” breathes through the Gita. For this reason, his statement is hard to accept as being scholarly rather than emotional. How did Otto determine that a “piercing and vigorous” spirit is somehow better than some other kind? For that matter, did he actually show bhakti to be less piercing and vigorous? Finally, how could Otto evaluate bhakti and compare it to Christianity when he himself admitted, “Our [Christian] theology lacks categories for the evaluation and comparison of other religious types with our own”?

Yet although Otto never fully understood bhakti, and although the accuracy of the way he represented bhakti is highly questionable, he still wanted to make bhakti compete with Christianity in terms of the religious components peculiar to Christianity itself:

If [religions] are to be regarded as genuine competitors…. they must be considered with regard to that which Christianity has to offer as its deepest and most characteristic element, as its peculiar gift, the last and highest good which it has to give humanity.

To compare two religions by approaching and comparing the “peculiar gift” and the “last and highest good” of both would be sound scholarship, but Otto did not do this. Rather, he considered how a religion, as a whole, measures up to narrow expectations drawn from Christianity. Thus he complained, “India has no ‘expiator’ [referring specifically to Jesus], no Golgotha [the hill upon which Jesus was crucified], and no Cross.” This says merely that bhakti is not Christianity; it in no ways shows bhakti to be inferior.

Because Otto’s model for comparison was one of competition, and because in every competition there must be a winner and a loser, Otto was obliged to do whatever he could to have Christianity beat its bhakti finalist. Christianity would then reign supreme not only over bhakti, its most worthy competitor, but over all other religions of the world.

Unlike Christianity, however, bhakti theology does have many principles by which to evaluate and compare religions. An important verse from the Bhagavad-gita (4.11) explains the diversity and unity among religions:

This verse states that God reciprocates differently according to the different ways we surrender to Him, and that the manifold religions simply express different degrees and ways of surrendering to God. These modes of surrender, in turn, determine the diversity of relationships with Him. This diversity, however, does not negate the unity of religion, which rests solely on our recognizing God as supreme and ourselves as His eternal servants.

Since Otto recognized the “full deity” of bhakti, he could not argue that the supreme God of bhakti is somehow not the same God as in Christianity, nor could he argue that the same supreme God is more supreme in Christianity. Rather, Otto had to judge bhakti in terms of the forms that Christianity’s particular relationship with God takes, as though this relationship were something that could have a rival. What Otto was unaware of is this: Because the diversity in religions stems from the variety of relationships one can have with the one supreme Deity, there can be no competition between religions that leaves only one religion as true. So Otto’s erroneous presupposition—that religions can compete—led him ultimately into some rather peculiar theological predicaments.

Unlike his more exclusivistic contemporaries, Otto was willing to take a close look at other religions to determine their genuine religious value. He was correct in understanding bhakti to be a “genuine religion,” with a “real, saving God” who is truly “believed, received, and experienced.” He was also correct in detecting a difference of spirit between bhakti and Christianity, although he was unable to attribute this difference to the uniqueness of the relationship with God found in each religion. That Otto considered bhakti the greatest religious “competitor” to Christianity attests that he allowed bhakti to speak to him, to address him directly, even to challenge him—but only up to a point.

For the comparitive study of religion to genuinely accept the existence of several true religions, it must avoid setting up a competition among them. Rather, the real purpose of comparative religion must be to further our understanding of the simultaneous unity and diversity of religions: the oneness of God and the diversity of possible relationships with Him.

Otto was unaware that bhakti is not just a religion, but rather the very embodiment of the highest principles to which all religions ultimately point. Although historically bhakti seems to have arisen from within the “Hindu” complex of religions, it is obvious from a theological perspective that it represents something more than its mere historicality. The experience of bhakti presents a fullness of meaning far beyond that of a particular tradition or sectarian religion (which is how Otto treated bhakti). Rather, bhakti embodies the underlying meaning of religion itself. What then, does the term bhakti mean?

A look at the etymology of the word bhakti is revealing. Morphologically, the word bhakti is derived from the Sanskrit verb root bhaj. In a general sense, this verb means “to worship,” “to love,” or “to serve,” and these words define bhakti in a basic way. But the most literal meaning of the verb bhaj is “to share,” which indicates what is ultimately essential to all religions: man’s devotion to and love for God, and God’s reciprocation in the form of His grace and love for man. This idea is expressed in many places in bhakti scriptures. In the Gita, for example, we find this: “To those who are constantly devoted to God and worship Him with love, He gives, by His grace, the understanding by which they can come to Him.” (Bg. 10.10)

Indeed, bhakti embodies the very science of the relationship between man and God. But Otto did not recognize the true nature of bhakti, and thus he failed to recognize that the fundamental principle of bhakti is also basic to Christianity. Although not emphasized as much as in such devotional scriptures as Bhagavad-gita and Srimad-Bhagavatam, it can be found in the saying of Jesus, “You shall love the Lord your God with all your heart, and with all your soul, and with all your mind. This is the great and first commandment.” If Jesus Christ himself recognized this bhakti principle as the first requirement, “the great commandment,” of all religion, then we may justifiably ask, What is the meaning of Christianity’s expiator, its Golgotha, and its Cross if one overlooks this fundamental bhakti principle?