Back to Godhead > PDF > Back To Godhead September 1985 PDF Download 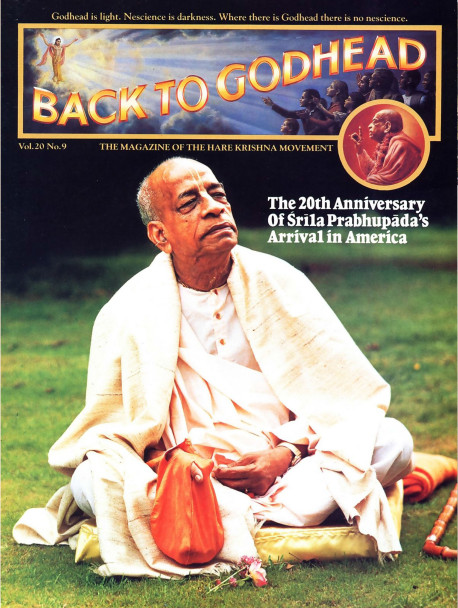 Srila Prabhupada (see his biographical sketch on the facing page) arrived in America-Boston, Massachusetts- twenty years ago this month aboard the steamship Jaladuta, with only a few dollars and a trunk of books. The anniversaries of his arrival in the West, his appearance day, and his passing away in 1977 continue to inspire commemorations among his disciples and grand-disciples in Krsna conscious communities around the world. Here he is pictured at Bhaktivedanta Manor, an estate near London donated by former Beatle George Harrison. 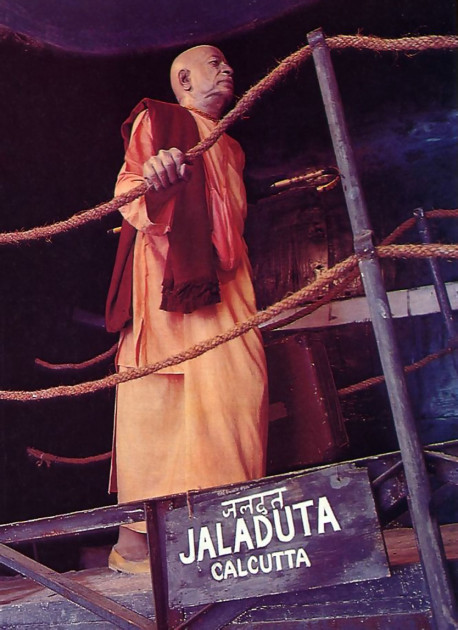