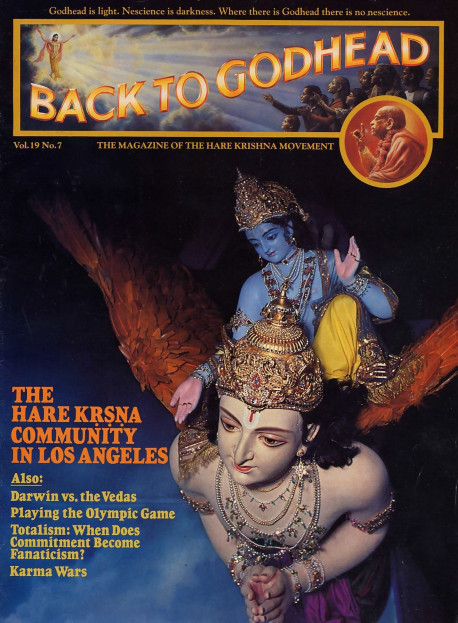 “Lord Visnu and Garuda,” a diorama at the Los Angeles FATE museum (First American Transcendental Experience). Located at the Los Angeles Hare Krsna center, the FATE museum is a multimedia experience that surrounds visitors with spectacular, electronically-enhanced images of the spiritual world. Designed and built by devotee-artists of the Hare Krsna movement, the FAT E museum has attracted worldwide attention. It’s an experience that no visitor to Los Angeles should miss.