Back to Godhead > PDF > Back To Godhead August 1982 PDF Download 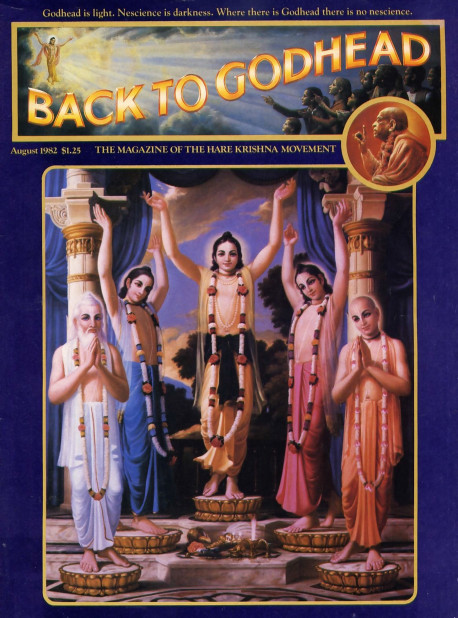 In Bengal, India, 500 years ago, Lord Krsna, the Supreme Personality of Godhead, appeared in this material world. His purpose was to spread love of God through the chanting of Hare Krsna. And He fulfilled this purpose by appearing in five varied features at once. The central figure in this multiple descent (and the central figure on our cover) was Sri Caitanya Mahaprabhu , who was Krsna Himself in His fullness. Appearing with Him were Sri Nityananda Prabhu (in blue), the Lord’s first divine expansion, and Sri Advaita Acarya (in white), the Lord’s aspect as a divine in carnation. Assisting Them were Sri Gadadhara Pandita (in red ), who embodied the Lord ‘s devotional energy, and Srivasa Thakura (in saffron). representing the Lord’s pure devotees. 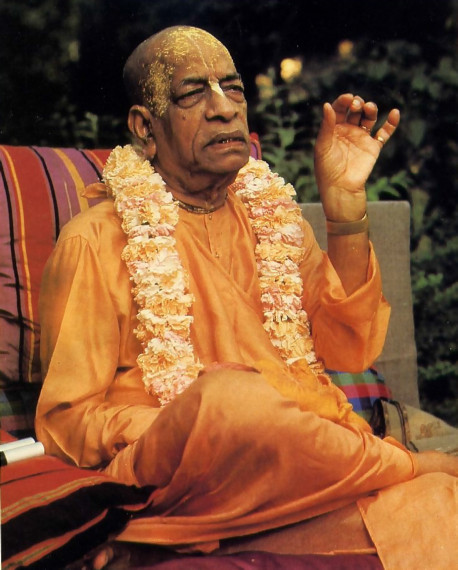