Back to Godhead > ~Featured~ > What’s Wrong with Our Politicians?

What’s Wrong with Our Politicians?

A point-by-point analysis of the problem and a positive program for change.

(edited from a pamphlet by His Holiness Siddhasvarupa Ananda Gosvami) 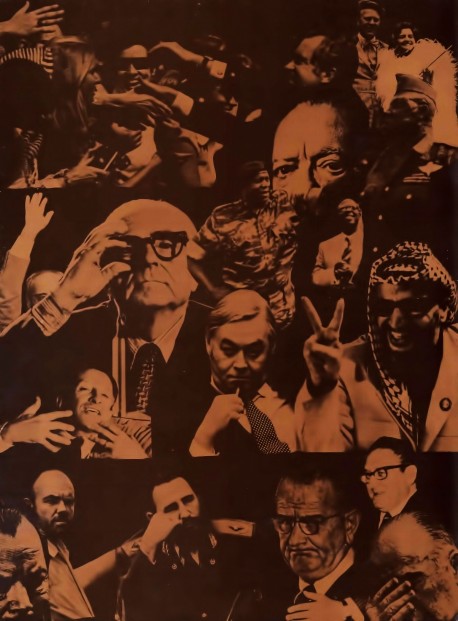 To say that most politicians are incompetent, and in many cases downright dishonest, isn’t very controversial. We’ve all read about their blunders, their tricks, and their schemes. So the aim of this article is not to give proof of their failure to bring about world peace and prosperity; it is rather to show that the root cause of their incompetence is selfish materialism, and that the remedy is the re-spiritualization of society through the worldwide propagation of Krishna consciousness.

The following are some of the reasons why a self-centered materialist is incapable of bringing about a peaceful and harmonious world society:

He has no sense of spiritual brotherhood.

The materialistic leader can never bring harmony to society because he fails to see the spiritual unity of all mankind. Preoccupied with superficial distinctions such as race, class, or nationality, he cannot understand that all living beings are his brothers, being children of God, the Supreme Father. As Lord Krishna puts it in the Bhagavad-gita (4.35)

And when you have thus learned the truth, you will know that all living beings are but part of Me, and that they are in Me and are Mine.

He has a one-sided view of life.

Instead of using his influence to bring about social conditions favorable for both spiritual as well as economic development, the materialist considers economic development to be the all in all. Thus he promotes the creation of an artificial environment that is far from peaceful, contemplative, or healthful. Devoid of spiritual culture, the people become alienated from God, nature, and each other. And the more alienated and materialistic the people get, the more frustrated, angry, and bewildered they become. Thus a materialistic leader takes the people on a “progressive” march to a hellish existence.

The materialistic politico, having neglected the spiritual side of life, is never satiated in his drive for power and position. Since his number one consideration is his own political advancement, he continually campaigns for office, and after winning the election, he’s afraid of being removed from his seat. He is so preoccupied with the fear of losing his job, status, power, and wealth that this fear itself—not love, or actual concern for the people—is the primary motivation for his activities. Materialistic leaders are merely merchants, trading empty promises for votes, and the people naturally distrust them. Everyone knows that a sly merchant must be watched very carefully: even when offering a “good bargain,” he ultimately has his own bank balance in mind.

Because the materialistic politician is not at peace with himself, he cannot help others find peace, either individually or collectively. Unable to realize all his political ambitions, he is often subject to deep inner frustration, which may cause him to behave irrationally. A person in such a disturbed state of mind cannot have the clear intelligence needed to solve today’s complex problems. Even if his mind is razor-sharp, his decisions will never be clear if his heart is infected with selfish desires. A crooked politician may be intellectually astute, but an envious person with a sharp mind is like a poisonous snake with a beautiful jewel on its forehead. The snake is still dangerous, despite its fancy ornaments.

His perception is blurred.

Due to the pressures of power, many of today’s leaders try to forget their miseries by dimming their awareness with intoxicants like alcohol, amphetamines, caffeine, and nicotine. A recent article in the Los Angeles Times revealed that the highest rate of alcoholism in the United States is in Washington, D. C., and in Washington, D. C., the area most affected is Georgetown, the suburb where most U. S. senators and congressmen live. A true leader sharpens his awareness; he doesn’t blur it with a haze of intoxication.

Today’s politicians are too busy wheeling and dealing to pay much attention to the laws of God. As Lord Krishna explains in the Bhagavad-gita (3.21):

Whatever action a great man performs, common men follow. And whatever standards he sets by exemplary acts, all the world pursues.”

A good leader must be an ideal example for the people to admire and try to follow. If he is able to set the standard of perfect behavior, then the people will naturally be inclined to follow. Therefore he must obey God’s laws and possess godly qualities himself. Of course, many politicians go to church and publicly declare their piety. A person is known, however, not by his words, but by his deeds. Certain qualities must be present in a worthy leader, and certain ones must be absent. For instance, a spiritually enlightened leader is free from lust, anger, and greed. Although strong in his determination, he is gentle, compassionate, and ready to respect others. Above all, he actually follows God’s laws; he doesn’t simply proclaim himself to be pious and then act sinfully beyond the range of the TV cameras.

These are just a few reasons why a materialistic person is unqualified to be a leader of society. The list is endless, but they all point to the same conclusion: a materialistic politician, devoid of spiritual knowledge and ignorant of the goal of life, can never help bring about world peace and prosperity. Since the problem stems from ignorance, the obvious solution is education. Unfortunately, present-day educational institutions provide no information about our spiritual nature and our relationship with God. In a recent conversation with Dr. Thomas J. Hopkins of Franklin and Marshall College, His Divine Grace A.C. Bhaktivedanta Swami Prabhupada expanded on this theme:

“People want material gain because they have no spiritual information. If I take care of my shirt very nicely, but I do not care for the person inside the shirt, then what is my position? Similarly, this whole material world is busy taking care of the body, not the soul inside the body. Therefore all these so-called educational institutions are blind. It is a society of the blind leading the blind. The solution is first of all to understand that you are spirit. Then find out what is your relationship with God and act accordingly.”

This, then, is the goal of human life. As long as we ignore our relationship with God and remain caught up in the pursuit of material wealth and physical comforts alone, we will always find ourselves alienated, confused, and anxious about the future. World peace and prosperity do not depend upon more sophisticated weaponry or increased productivity, but on the widespread propagation of genuine spiritual knowledge.

This knowledge can be easily acquired through the practice of bhakti-yoga, especially the hearing and chanting of the holy names of God. The result of chanting the name of the Lord is that the heart of the chanter becomes cleansed, and he sees his true spiritual identity as an eternal servant of God. God has many names, and they are given in the various scriptures of the world. Different names refer to His different attractive features: Jehovah means all-powerful, Allah means all-compassionate, and so on. The name Krishna, however, means all-attractive and thus contains all other names of God within it. Therefore the Hare Krishna mantra—Hare Krishna, Hare Krishna, Krishna Krishna, Hare Hare/ Hare Rama, Hare Rama, Rama Rama, Hare Hare—is especially purifying and can rapidly awaken our consciousness of God.

Of course, it is not possible to present even an adequate summary of the sublime process of bhakti-yoga in a few short pages. The inquisitive reader is referred to the works of His Divine Grace A.C. Bhaktivedanta Swami Prabhupada. In his books, especially the Bhagavad-gita As It Is, the Srimad-Bhagavatam, and the Sri Caitanya-caritamrta, he has presented a crystal-clear picture of the bhakti-yoga process.

By reading these books and chanting the holy names of God, the people of the world can become spiritually strengthened and convinced of the need for genuine spiritual leadership. Then, when the time comes to choose their leaders, they will naturally select a person with the qualities necessary to guide human society on the path back to home, back to Godhead.