Back to Godhead > ~Featured~ > Sridhama Mayapur — A Holy Pilgrimage 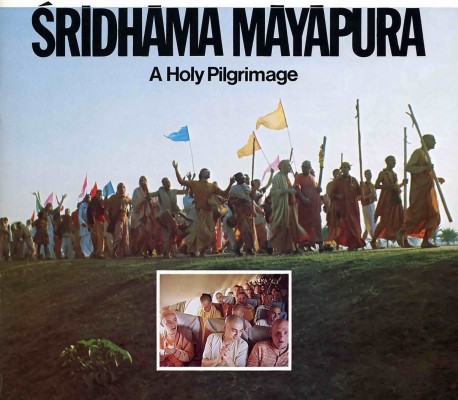 “In this Age of Kali, people endowed with sufficient intelligence will worship the golden incarnation of the Lord [Sri Caitanya Mahaprabhu), who is accompanied by His associates, by performing congregational chanting of the holy name of God.”—Srimad-Bhagavatam (11.5.32)

Thousands of years ago, the Vedic scriptures revealed that in the present Age of Quarrel, Lord Krishna, in the guise of a devotee, would descend to this material world to distribute love of God. Thus God Himself would teach us how to approach God. To fulfill this prediction, the Supreme Lord appeared in the year 1486 In the town of Mayapura, which is on the bank of the Ganges in what is now known as West Bengal. (“The Appearance of Lord Caitanya,” in this issue, gives further details about the Lord’s descent.) In this incarnation, Lord Krishna, as Lord Caitanya Mahaprabhu, taught that the easiest, most effective means for self-realization is the chanting of the holy names of God, especially Hare Krishna, Hare Krishna, Krishna Krishna, Hare Hare/ Hare Rama, Hare Rama, Rama Rama, Hare Hare.

Following in the footsteps of Lord Caitanya, His Divine Grace A.C. Bhaktivedanta Swami Prabhupada has brought sankirtana, or the congregational chanting of the holy names of the Lord, to all parts of the world. And each year, during the anniversary of Lord Caitanya’s appearance, many of Srila Prabhupada’s disciples from the worldwide ISKCON centers of the sankirtana movement go to Mayapura, where they celebrate Lord Caitanya’s appearance and become increasingly enthusiastic to serve the Lord with devotion.

To perform devotional service, one should purify his mind and senses and use them to satisfy the Supreme Lord, following the instructions of a bona fide spiritual master. The purpose of traveling to a holy place like Mayapura is to advance in such purified devotional consciousness.

Lord Caitanya prescribed that one should begin his spiritual life in devotional service by hearing of the Lord’s activities from a realized devotee of the Lord. If one cultivates spirituality in this way and keeps himself on the honest path in life, then although Krishna is never conquered, He becomes conquered by that process.

In this Age of Kali there is no possibility of acquiring spiritual knowledge by renunciation, by speculation or by fruitive work. Because most people are fallen and because there is no time to elevate them by a gradual process, the best course, according to Lord Caitanya, is to let them remain in whatever occupation they are in but to engage them in hearing of the activities of the Supreme Lord as those activities are explained in Bhagavad-gita and Srimad-Bhagavatam. The transcendental messages of the scriptures should be received from the lips of realized souls. In this way a person may continue to live in whatever occupation he is in and still make progress in spiritual advancement. Thus one can surely advance and fully realize the Personality of Godhead.

One who has begun this process finds that his transcendental feelings are aroused simply by hearing of the glorious names, forms, qualities and entourage of the Supreme Lord. Such a fortunate person develops a desire to visit the places where the Lord performed His transcendental pastimes. Confirming the importance of visiting such holy places, the Puranas say, “To travel to different places of pilgrimage means to attain emancipation from material bondage. By such traveling, one can pass over the desert of material existence:” 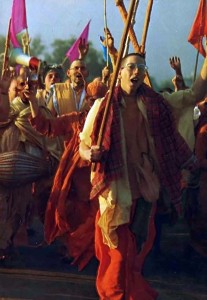 Throughout the beautiful green farmlands on the island of Mayapura, the devotee has occasion to remember the Lord constantly: “Near this nima tree, Sacidevi bore a son known as Visvambhara [Lord Caitanya]. That son is the maintainer of the entire universe and is the leader of all living entities. The moon was eclipsed at the time of the Lord’s appearance, and the people of Mayapura were then engaged, as is usual on such occasions, in bathing here in the Ganges with loud chanting of the Hare Krishna mantra. At this place Kesava Misra of Kasmira, the greatest scholar of the day, was defeated by Lord Caitanya, who was then still a young boy. And here, in the house of Srivasa Pandita, several years later, the Lord opened a nocturnal school of kirtana [chanting] with His sincere followers. There He preached, sang, danced, and expressed all sorts of spiritual emotions. At this place the Lord came in the evening, with thousands of followers, and had a long discussion with the local ruler, a Mohammedan Kazi. And here the Kazi, feeling the highest ecstasy in the association of Sri Caitanya Mahaprabhu, joined the Lord’s sankirtana party”

In this way, the devotees visit all the places in Mayapura where Lord Caitanya’s pastimes were performed. So those coming to this sacred land always feel transcendental pleasure.

During the pilgrimage to Mayapura this year, the devotees of the Krishna consciousness movement will chant the Hare Krishna mantra with their Godbrothers from around the world, and they will also visit the places where the Lord performed His pastimes. But most importantly, they will hear instructions about Krishna from their spiritual master, His Divine Grace A.C. Bhaktivedanta Swami Prabhupada, who has spread the Hare Krishna mantra and the teachings of Lord Caitanya throughout the world. According to Srimad-Bhagavatam, such a great personality is a holy place personified. He can turn any place into a holy place of pilgrimage because he carries the Personality of Godhead within his heart. The Personality of Godhead is always with such a pure devotee because of his unalloyed service. 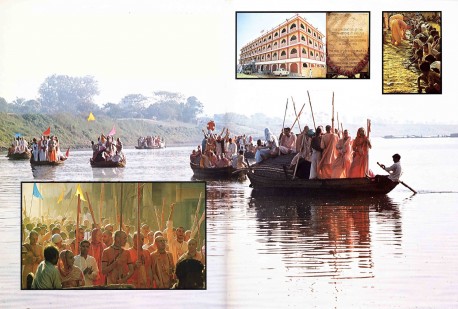 Srila Prabhupada’s disciples have therefore set the following verse by the great Srila Visvanatha Cakravarti Thakura as the guiding theme for their pilgrimage to Sridhama Mayapura:

By hearing about the science of Krishna consciousness from such a pure devotee, we can gradually come to understand that there is no difference between the Supreme Lord and His name, form, pastimes, qualities and abode. They are all on the same spiritual level. The Lord’s holy name is therefore as good as the holy places of pilgrimage. By visiting a holy place like Mayapura, one can be freed of all impurities. But even if one cannot go to such a place, one can have the same benefit at home—or anywhere—simply by chanting the holy names of the Lord—Hare Krishna, Hare Krishna, Krishna Krishna, Hare Hare/ Hare Rama, Hare Rama, Rama Rama, Hare Hare. 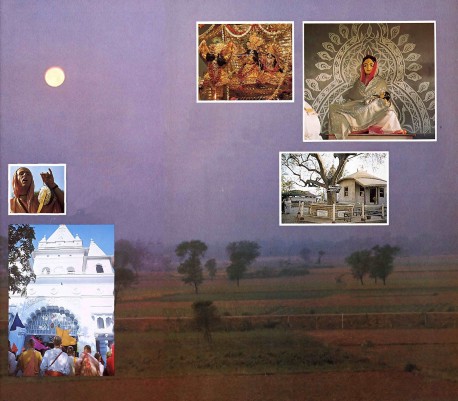