Back to Godhead > ISKCON > Temples > In Sridhama Mayapura. And Around the World…

In Sridhama Mayapura. And Around the World… 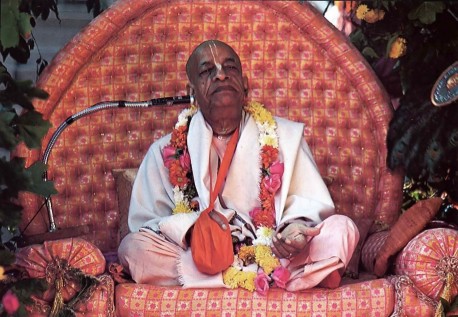 Although the cities of Sridhama Mayapura and Calcutta, India, lie only fifty miles from each other, they are, quite literally, worlds apart. Calcutta, like any other large industrialized city, is fast-paced, crowded and noisy. By contrast, Sridhama Mayapura is peaceful and serene, for it is a transcendental tirtha, or holy place. 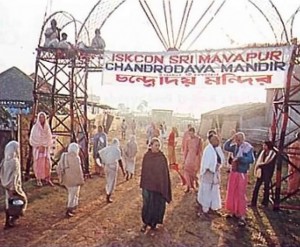 It was at Sridhama Mayapura, almost five hundred years ago, that the Supreme Lord descended to this world as the great teacher Sri Krishna Caitanya Mahaprabhu to propagate the chanting of the maha-mantra (the Great Chanting for Deliverance): Hare Krishna, Hare Krishna, Krishna Krishna, Hare Hare/ Hare Rama, Hare Rama, Rama Rama, Hare Hare. By chanting Hare Krishna, one can counteract the miseries of material life and quickly be elevated to the highest spiritual platform—prema-bhakti (love of God). Indeed, Lord Caitanya taught that by the congregational chanting of these holy names of God, the people of the world can begin a new era of peace, brotherhood and prosperity. And by the grace of Sri Caitanya Mahaprabhu, His prediction that the holy name of Krishna would one day be sung in every town and village in the world is now being fulfilled.

The work of broadcasting the transcendental message of Lord Caitanya is today being carried out by the International Society for Krishna Consciousness (ISKCON). Under the direction of its founder-acarya, His Divine Grace A.C. Bhaktivedanta Swami Prabhupada, ISKCON, over the past eight years, has established centers in cities throughout Europe, America, Africa and Asia. Pictured below is Sri Mayapura-candrodaya Mandira, the ISKCON World Center at Sridhama Mayapura, where ISKCON devotees from all over the world gather each year to celebrate the appearance day of Lord Caitanya Mahaprabhu. This year, the auspicious anniversary of Lord Caitanya’s appearance will be observed on March 27. Once again, devotees from every corner of the globe will join in Mayapura for a Krishna conscious festival, beginning in mid-March, to glorify Lord Caitanya Mahaprabhu, His holy abode Sridhama Mayapura, and His pure devotee Srila Prabhupada. 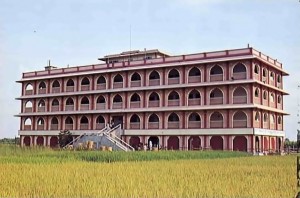 If you cannot join us in India for this wonderful celebration, we invite you to take part in the festival through the pages of Back to Godhead. Sridhama Mayapura is a spiritual place of pilgrimage; and on the transcendental level, hearing about such a holy place is practically as good as being there.