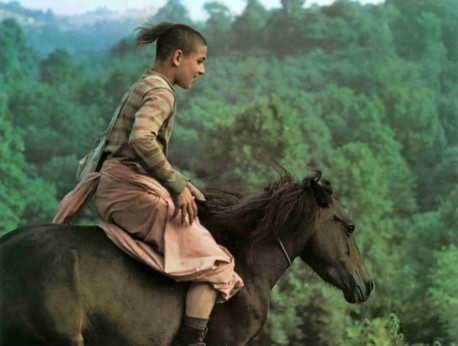 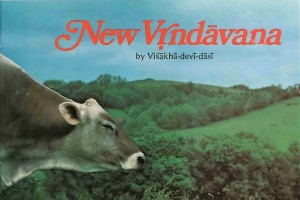 By His inconceivable potency, the Supreme Lord Sri Krishna appeared 5,000 years ago as a cowherd boy in the village of Vrindavan, India. The devotees of the Hare Krishna movement, therefore, who have established a 1,000 acre Krishna conscious community in West Virginia, have called it New Vrindavan. In New Vrindavan, the devotees find that by following the Lord’s example of living with what the land and cows provide, they can easily be free of all economic problems. By pursuing Krishna consciousness in such an untroubled atmosphere, one can reestablish one’s eternal relationship with the Supreme Person and thus begin the joyful journey back home, back to Godhead. 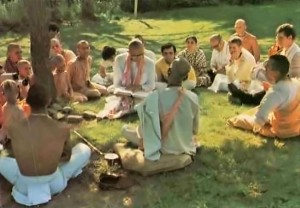 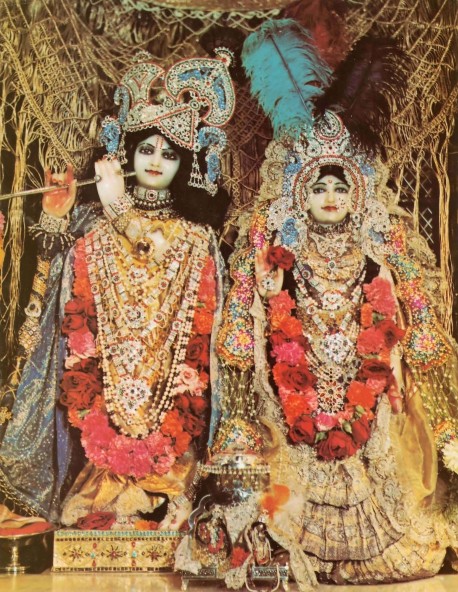 Their Lordships Sri Sri Radha Vrindavan Candra are the worshipable Deities who preside over New Vrindavan. 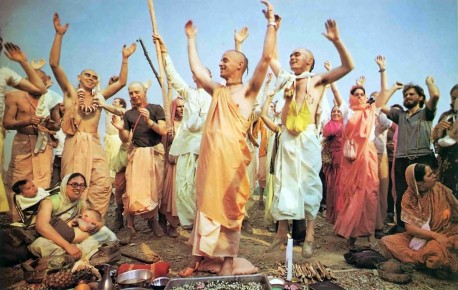 Kirtanananda Maharaja (center), one of Srila Prabhupada’s first disciples and the president of the New Vrindavan community, leads devotees in ecstatic kirtan (congregational chanting of the Hare Krishna mantra). 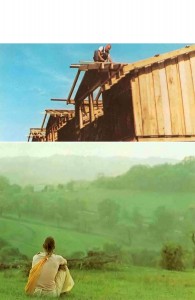 Top: A new barn raises in a New Vrindavan field.
Above: A devotee quietly chants the Lord’s holy names while observing the opulence of His creation.

One can start this journey back to Godhead here on earth, by developing an attraction to serving the Supreme Personality of Godhead. In the material world, we are not able to see Krishna everywhere. Therefore He appears in the form of the worshipable Deity in the temple to accept service from His devotees.

The devotees in New Vrindavan work hard at their different duties, but they all work on behalf of the Deity. Both the Lord and His devotees derive transcendental pleasure from such devotional service. Throughout the world, the disciples of His Divine Grace A.C. Bhaktivedanta Swami Prabhupada are following this authorized process of self-realization—bhakti-yoga, or devotional service to Krishna, the Supreme Lord. 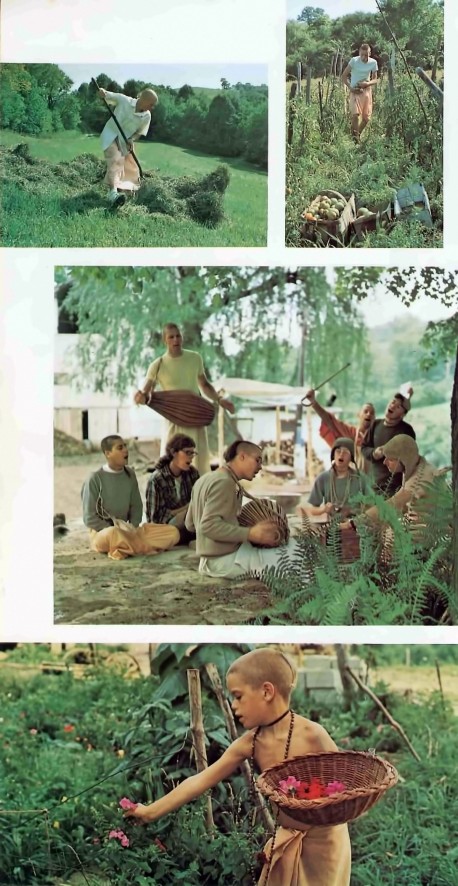 Top: Devotees gather hay, pick tomatoes and till the soil. Farming in New Vrindavan is transcendental because it is performed not for any material motive, but as service to Krishna.
Middle: In the morning, afternoon and evening the devotees come together in small groups to sing devotional songs and have classes in Bhagavad-gita and Srimad-Bhagavatam.
Above: Picking flowers for Their Lordships Sri Sri Radha Vrindavan-candra.

In his purports to Srimad-Bhagavatam Srila Prabhupada writes: “The secret of success is to take refuge under the protection of the Supreme Lord. Without His sanction, nothing can be possible. The rivers, the hills, fruits, flowers, grains and so on are not creations of man. They are all creations of the Supreme Lord, and the living being is allowed to make use of the property of the Lord for the service of the Lord. By His will, there is enough of everything, and we can make proper use of things to live comfortably without any enmity between men, between men and animals, or between men and nature. The control of the Lord is everywhere, and if the Lord is pleased, every part of nature will be pleased.” It is this Krishna conscious understanding that has made New Vrindavan an exemplary community, worthy of being emulated throughout the world. 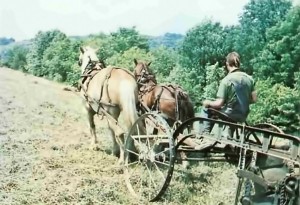 Visakha-devi dasi graduated from Rochester Institute of Technology in 1970 and then wrote a technical book on the art of close-up photography. She and Yaduvara dasa, her husband, also a professional photographer, joined ISKCON in 1971, while shooting assignments in India. They are now traveling around the world making documentary films about the Krishna consciousness movement.

One Response to New Vrindavan — The Spiritual Frontier