Hare Krishna in Paris and Around the World 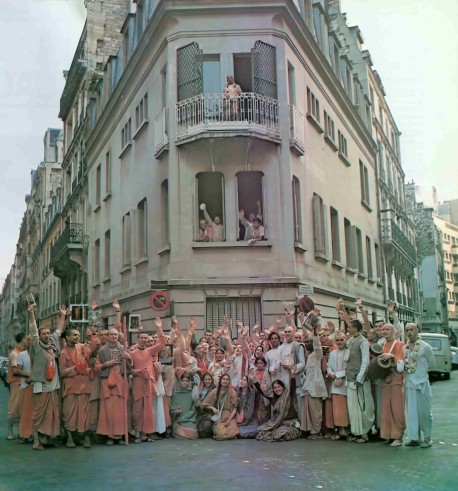 Sometimes we forget that God is a person. But He is. In fact, He is the Supreme Person, the original father of us all, and our dearest friend as well. Because His activities and qualities are infinite, He is known by innumerable names. The name Krishna means “all-attractive;” no one can be more attractive than God. So if we simply hear about Krishna from an authority who has scientific knowledge of Him, we cannot fail to be attracted to Krishna—and to His loving service, which is the ultimate goal of life. 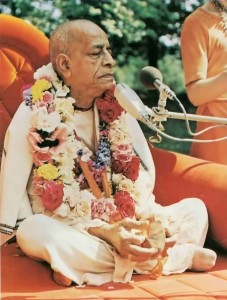 His Divine Grace A. C. Bhaktivedanta Swami Prabhupada, the founder-acarya of the International Society for Krishna Consciousness, is presenting such knowledge on the basis of ancient Vedic scriptures like Bhagavad-gita and Srimad-Bhagavatam. He has established more than eighty centers throughout the world, simply for one purpose?to give everyone a chance to hear about Krishna and cultivate Krishna consciousness.

Here you see the Hare Krishna temple in Paris. Located in the elegant 16th district, the temple maintains sixty full-time devotees. The devotees teach a weekly course in Vedic Wisdom at Nanterre University, run a press and translating office (now finishing the French edition of Bhagavad-gita As It Is) and hold a weekly festival that attracts some four hundred guests. Also, several groups of devotees travel in vans throughout the country, distributing spiritual literature (more than 40,000 copies of French Back to Godhead monthly) and raising funds to support the temple. Srila Prabhupada was officially welcomed at the Paris City Hall in August 1973 by Jacques Dominati, President of the City of Paris.

In spiritual life there is no meaning to such terms as French, American, Russian, Chinese. The relationship between Krishna and every living being goes beyond national and sectarian boundaries. We can easily reawaken our relationship with Krishna by chanting Hare Krishna, Hare Krishna, Krishna Krishna, Hare Hare/ Hare Rama, Hare Rama, Rama Rama, Hare Hare. Back to Godhead explains why this is so. It tells about the Hare Krishna movement and gives a taste of its philosophy. For more, we invite you to read our larger books or visit the Hare Krishna Temple nearest you.

2 Responses to Hare Krishna in Paris and Around the World