The religion nobody has to join 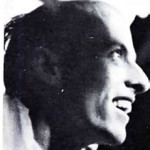 Krishna Consciousness is the science of God realization. By this science, we can understand that all living entities are parts and parcels of God. As samples of the Whole, the Supreme Personality of Godhead, we share the same qualities as He. God is all blissful, and so, originally, we are blissful. As He possesses all knowledge and as He is eternal, similarly we, in our natural position, are eternal and knowing. According to all authoritative Vedic Scriptures, such as The Bhagavad Gita (Song of God), Srimad Bhagwatam, and Upanishads, as well as The Holy Bible and Koran, the difference between God and the living entities, or parts and parcels, is that God is great and we are small. He is infinite and we are infinitesimal. Since we are small parts and parcels of the Supreme, we are apt to be covered by ignorance; when this occurs, our bliss and eternity become temporarily suspended. This ignorance is due to the misuse of our free will. And true freedom for us is to act with dependence on God, Who is the Absolute Truth, the Source from Whom everything emanates. At the ultimate stage, the goal of life for all human beings is to attain love of God as the topmost perfection.

In this current age, material science is predominating over all subjects, including the tenets of religion. It is, therefore, a very enlivening matter that we can understand the principles of eternal religion, or “Dharma,” from the point of view of the modern scientist. The materialistic scientist, however, too often takes for granted that the ultimate source of energy is simply a material combination. By execution of the spiritual science of devotional service in Krishna Consciousness, one can understand the true position of matter as a mass of ingredients only, whereas the spirit is the Creator and mover. The Creator may remain unseen in the background, but that does not mean that there is no Creator. All beings must learn the necessary information whereby they can admit the existence of a gigantic intelligence behind the gigantic form of the material universe. The Supreme Being, Who has such a gigantic intelligence—quantitatively greater than ours—is the ultimate Creator, the all-attractive Personality of Godhead, Sri Krishna.

The eternal religion, called in Sanskrit “Sanatan Dharma,” has no history of beginning or end. By the analytical processes of modern science, we can see that Sanatan Dharma is the business of all the living beings of the Universe. This Sanatan Dharma, being without bounds, is necessarily non-sectarian. When a man professes to belong to a particular faith with reference to time and the circumstances of birth, then he claims to be a Hindu, Moslem, Christian, Buddhist, etc. These are non-eternal designations. A Hindu may change his faith to become a Moslem, or a Moslem may change his faith to become a Christian. But in all circumstances, the change of religious faith does not allow a person to change his eternal engagement—the engagement of rendering service.

Service, according to the Vedic sources, is the eternal “Dharma,” or religion of the living entity. Whatever position one may be in—in terms of time or space—he is always rendering service to someone outside himself. This is true not only for man, but for all species of life without exception. And because it is an eternal engagement, the “religion” of service can never begin or end or be transmuted. Its existence is absolute, just as the spiritual existence of the living being himself is absolute.

Krishna Consciousness means rendering direct and favorable service to the Source of everything. Only by the process of direct service to the Lord can the living entity become free from the transmigration of the soul through the world of material miseries, characterized by disease, old age, birth and death. Only by loving service can he go back to Godhead, back to the eternal spiritual realm, and take part in the eternal pleasure prevailing there.

In this present age, called theAge of Kali (hypocrisy and quarrel), the method of liberation prescribed by the Scriptures is to chant the Holy Names of God continually. God or Krishna is non-different from His Name, because He is Absolute and all-powerful. Therefore He is in His Name. God is everywhere, and so He is present in His Name. The utterance of the Name “Krishna” is the establishment of a transcendental sound vibration. By this simple process of chanting the Absolute Names of God, as contained in the Maha Mantra or Great Chanting—HARE KRISHNA, HARE KRISHNA, KRISHNA KRISHNA, HARE HARE/HARE RAMA, HARE RAMA, RAMA RAMA, HARE HARE—one’s life will become sublime. It is only a question of taking one’s already existing “religion,” or tendency to serve, and consciously redirecting it to the perfect object of service, Krishna. Such purified consciousness is the ultimate state of spiritual achievement for the living entity.