Back to Godhead > Devotees > Becoming Krishna Conscious > Come to the Light

Come to the Light

“We shouldn’t let the darkness of
ignorance dominate our lives.” 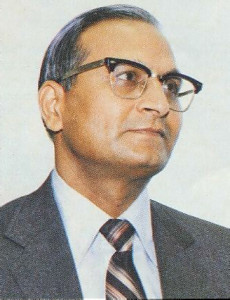 The Vedic literature of India is unique because it clearly defines the goal of human life. What is that goal? As stated in the first aphorism of the Vedanta-sutra (the essence of Vedic spiritual knowledge), athato brahma-jijnasa: “Now [in the human form of life] one should inquire about Brahman, the Absolute Truth.” For human beings there is no goal more important than this.

The basis of all animal life is sense gratification. The animals know nothing other than eating, sleeping, mating, and defending their own interests. But human life is blessed with abundant intelligence, or power of discrimination. So the main purpose of human life is to distinguish, by discrimination, the absolute from the relative, the eternal from the ephemeral, the real from the unreal, the spiritual from the material. The ability to do this is given only to mankind.

By nature, man is a rational animal. If one removes the rationality from a human being, what remains is merely an animal. Man should therefore be responsible for each of his acts. Not only God’s laws but also the laws of society demand this. A man’s instincts, the tendencies born of his animal side, pull him toward the base desires of sense gratification. But he should use his intelligence to control these tendencies and inquire into the Absolute Truth.

The purpose of our animal instincts is to preserve the integrity of the body. Eating provides energy for our body’s activities, growth, and repair. But indiscriminate overeating results in such diseases as obesity, diabetes, and hypertension. And under-eating, as in anorexia nervosa, results in physical deterioration and premature death. So moderation is called for in eating and in all our other sensual activities. As Lord Krsna says in the Bhagavad-gita (6.16-17), “O Arjuna, there is no possibility of becoming a yogi [a seeker of the Absolute Truth] if one eats too much or eats too little, sleeps too much or does not sleep enough. He who is regulated in his habits of eating, sleeping, recreation, and work can mitigate all material pains by practicing the yoga system.”

In summary, human beings should indulge in only as much sense gratification as is absolutely necessary to keep body and soul together. Then one will have ample time and energy to strive for the all-important goal of life: understanding the Absolute Truth.

Unfortunately, most modern men and women fail to appreciate the value of either minimizing sense gratification or understanding the Absolute Truth. Thus they waste their time and energy struggling only for sense gratification. Indulgence has become the watchword of modern society, in which virtually no one teaches the ultimate purpose of life. The intelligence one should use to explore the Absolute Truth is instead used for exploiting nature and enhancing sense enjoyment. The result is the growth of modern technology, which has brought society to the brink of a terrible disaster. People have become self-centered, motivated only by the desire for sense gratification. They have developed jealously and hatred for each other, which on a small scale produce ever-increasing crime and on a large scale produce widespread wars and destruction.

Science has provided the lethal weapons for such a greedy society—a horrible waste of human intelligence. And the tragedy does not end here. The scientists, with their glamorous technology, have confused the people so that they cannot see things in their proper perspective. Man thus aspires to become immortal so he can enjoy unlimited material pleasure, but he forgets that death is gradually approaching him. No scientist can check old age, disease, and death. Man’s efforts to enjoy material nature are like those of an animal in the slaughterhouse who is too busy enjoying his food to notice the butcher approaching with an ax.

A lot would change if the scientists and other leaders would try to understand the teachings of the Vedic scriptures, such as this from Srimad-Bhagavatam (1.13.46):

“This material body made of five elements is already under the control of eternal time (kala), action (karma), and the modes of material nature (guna). How, then, can it, being already in the jaws of the serpent (death), protect others?”

No matter how comfortable our situation is in the material world, it is only temporary: eternal time, in the form of death, always limits it. No scientist, industrialist, or world leader can avert death.

Therefore, we should not let the darkness of ignorance, symptomized by the mad search for sense gratification, dominate our lives. Rather, under the guidance of spiritual intelligence, we should search out the light of Absolute Truth. This is the only purpose of human life.

As the Vedas sing, tamasi ma jyotir gama: “Don’t stay in darkness. Come to the light.”