Back to Godhead > PDF > Back To Godhead September 1983 PDF Download 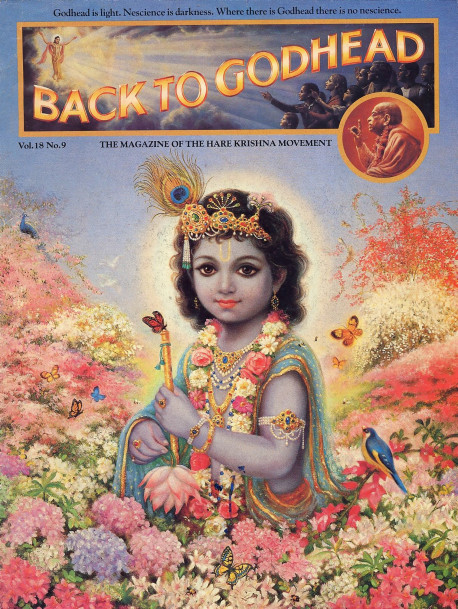 Krsna, the Darling of Vrndavana. The infinitely powerful Supreme Personality of Godhead displays this infinitely lovable aspect only to His dearest devotees- those who always think of Him as the ineffably beautiful child told of in the Srimad-Bhagavatam, and who serve Him in a mood of complete selflessness and spontaneous Jove. To others, Krsna reveals Him self in other ways: as a stern lawgiver to the God-fearing worshiper, as unlimited, eternal light to the impersonalist, as cruel death to the atheist. “How one approaches Me determines how I respond to him.” declares Krsna in the Bhagavad-gita. And though Krsna is impartial to all . He is ever inviting us to give up our hopeless efforts for happiness in this world of death and to return home, to the spiritual world, and join Him in His eternal pastimes of love. 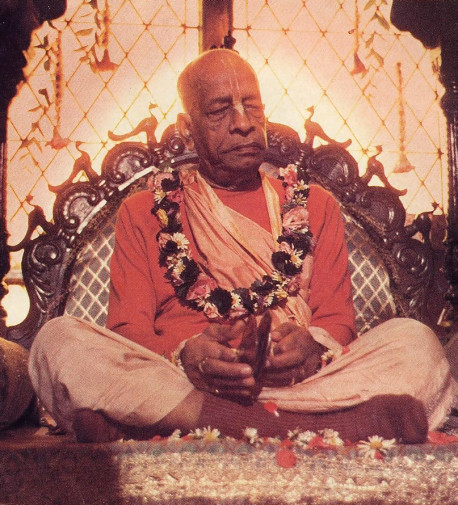