Back to Godhead > PDF > Back To Godhead April 1985 PDF Download 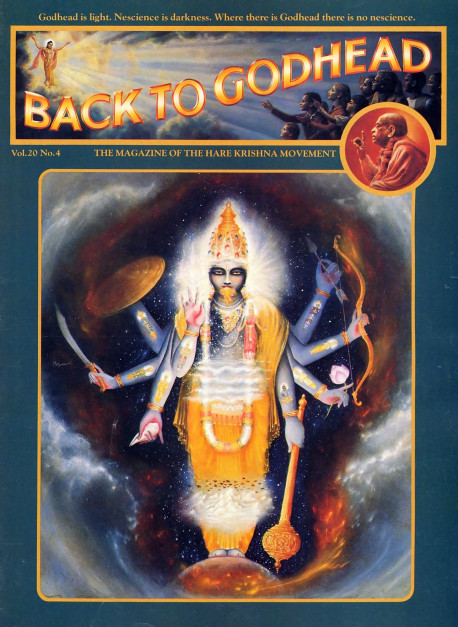 When the Supreme Personality of Godhead appeared before Bali Maharaja as a dwarf brahmana (see story on page 33), He begged Bali for three steps of land. To Bali, who ruled a vast empire, this seemed like surprisingly little to ask: how much land could a dwarf cover with three steps? Upon agreeing to the Lord ‘s request, however, Bali saw Him expand until everything within the universe was within His body. On the Lord’s feet, Bali Maharaja saw the surface of the globe, on His calves all the mountains, on His bosom all the clusters of stars, and on His hair, the clouds. 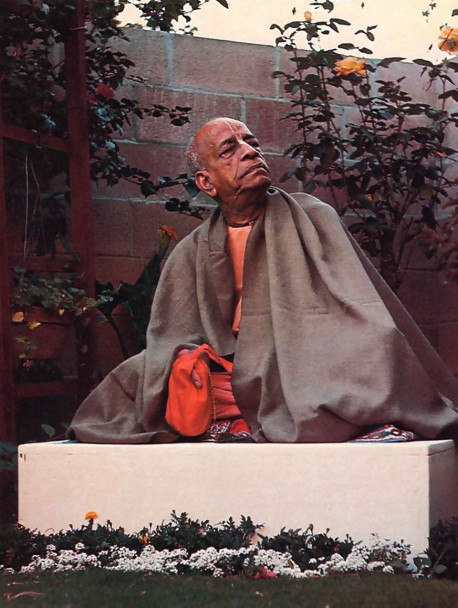