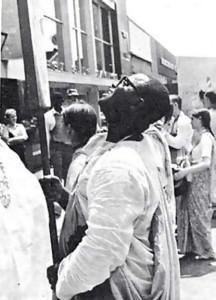 New York’s WNEW-TV chose to include Samkirtan Party as part of the opening show in their new series, “Helluva Town” on June 29, 1969. Our chanting performance was recorded on video tape one sunny afternoon on Fifth Avenue in front of a large statue of Atlas, who is holding the Earth on his shoulders with great effort. It was remembered by the devotees that Prabhupada, on seeing this statue some time before, had remarked that Atlas’ brow was wrinkled with the great strain of lifting the Earth planet, but that Lord Krishna is floating all the planets and all the universes too, and yet He doesn’t have to exert Himself at all—He continues to play His flute blissfully, sporting with the cowherd boys . 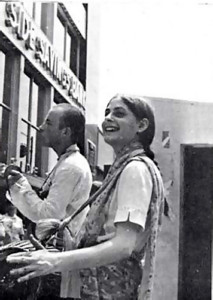 Similarly, the Samkirtan Party chanted with relaxed bliss, vibrating Krishna’s Holy Names as the TV crew wound around them with cables and microphone cords, straining to record the bliss of Lord Chaitanya’s movement. At first they were confused by the repetitive chanting and the party’s colorful appearance—and the interviewer reflected this confusion. But as the joyful sounds worked their influence, the crew became friendlier, and by the end of the taping, Gene Rayburn, the interviewer, was joining the chant and recommending his viewers to try it too. 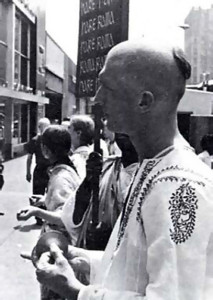 The TV show, appearing on a Sunday night at 10:30, devoted its first 25 minutes to a variety of entertainments and causes that aptly confirmed the show’s title, “Helluva Town.” But the last 5 minutes with Samkirtan was heavenly. And it was quite frankly presented that way. The announcer said, “So, in the midst of all this turmoil, if you want some peace of mind …” and the refreshing Hare Krishna chant was heard. Devotees were interviewed, and one bystander proclaimed, “I don’t know what it is, but it sure is great.” Gene Rayburn joined in chanting, and the Mahamantra continued as the show’s end credits rolled up the TV screen. 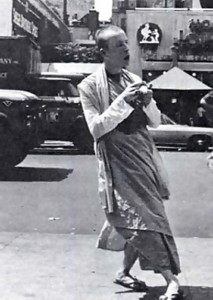 We couldn’t have done it any better ourselves—except that we would have given Samkirtan 30 minutes instead of 5. But the message of the show was clear—after engaging in so many frustrating, nonsensical engagements for sense-gratification, the man of intelligence turns to devotional service for real pleasure—the satisfaction of blissfully serving the Supreme Lord. 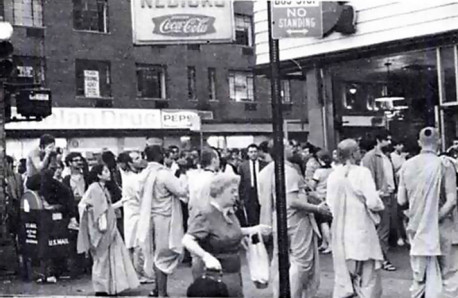 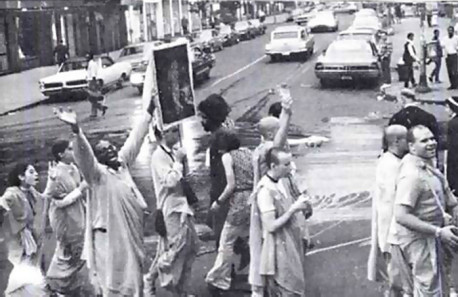 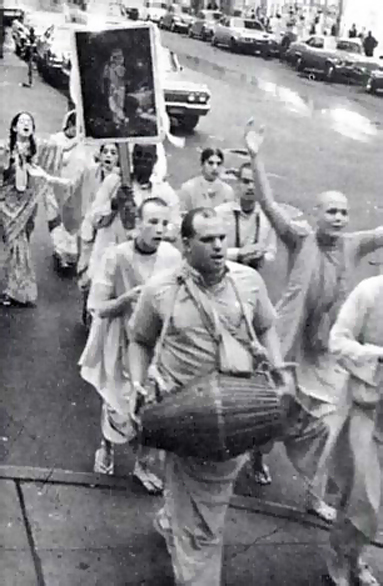 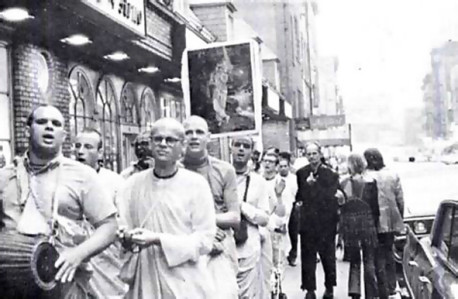 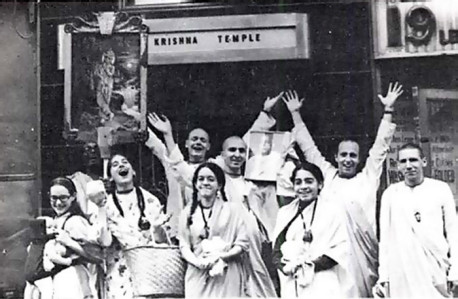 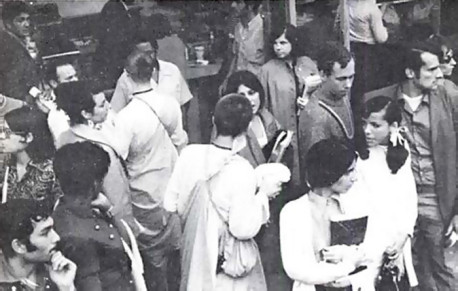 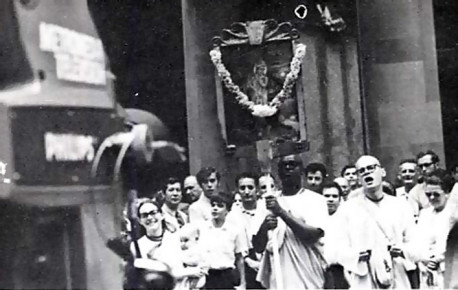 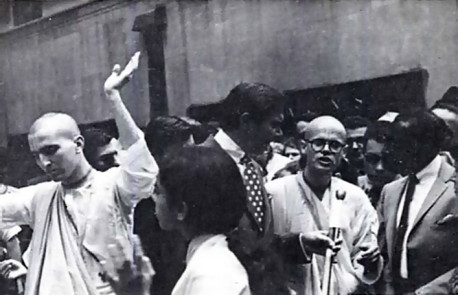 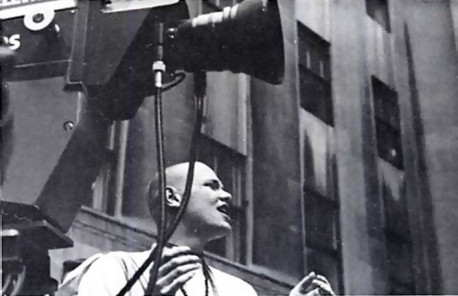 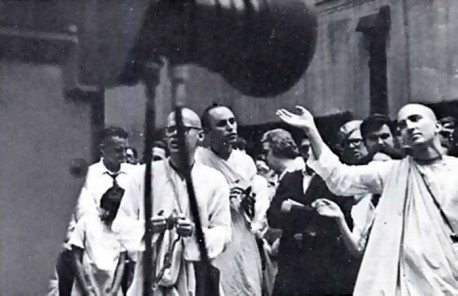