Back to Godhead > ~Featured~ > The Transcendental Trend in Science

The Transcendental Trend in Science 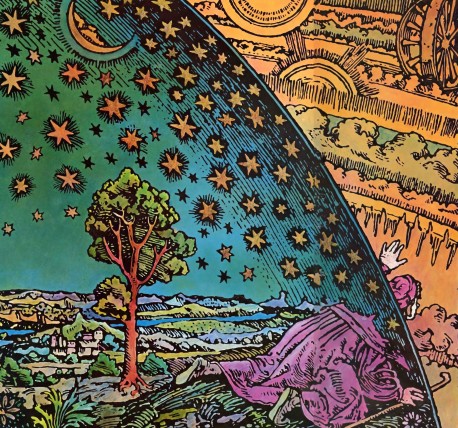 For a long time scientists have been asking,
What’s going on? And some of them
have tried to find out,
What’s behind it all?

by Damodara dasa and Jagajivana dasa

Sir Isaac Newton once made a remarkable model of the solar system. Thanks to a clever hand-cranking mechanism, all of the tiny spinning globes orbited a small “sun.”

On entering Newton’s study, one of his colleagues, a materialist, couldn’t help noticing the model. He was flabbergasted.

“Dr. Newton,” the man stared, “who made this wonderful contraption? The planets move with utter precision, you know. Why, it’s ingenious. Who made it?”

“No one,” Newton replied. “One day last week it simply appeared here.”

“Really, Dr. Newton, I think you’ve kept me in suspense quite long enough. Now kindly tell me: who made this solar system?”

“My dear Doctor,” Newton said, “if you’ll pardon my saying so, you’re a fool. Just one look at this solar system and you demand to know who made it. But every evening you’re looking at the real solar system. Why don’t you ask who made that?”

While aware of how little he knew, Newton (along with most of his contemporaries) was sure of one thing: “This most beautiful system of the sun, planets, and comets could only proceed from the counsel and dominion of an intelligent and powerful Being.” Of course, that was in the seventeenth century.

Before long, God-conscious science sagged under the weighty mathematical apparatus that Newton himself had done so much to build. By 1874, John Tyndall could make this materialist-science manifesto:

The impregnable position of science may be described in a few words. We claim, and we shall wrest from theology, the entire domain of cosmological theory. All schemes and systems which thus infringe upon the domain of science must, insofar as they do this, submit to its control and relinquish all thought of controlling it. Acting otherwise proved always disastrous in the past, and it is simply fatuous today. 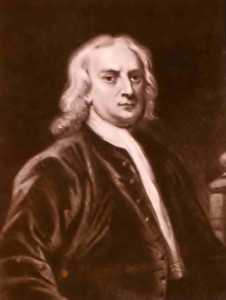 “Every evening you’re looking at the real solar system,” Newton once told a friend. “Why don’t you ask who made that?”

In Tyndall’s view, Newton’s God had gone into retirement. Perhaps it had been inevitable. In Newton’s own view. God had been little more than an old watchmaker who’d wound up the universe a long time ago and was letting it run on by itself. And now, for physicist Tyndall and others, even this idea of God had no appeal. Now man was in control. Or so they thought. The high-stepping march of materialist science got bogged down only fifty years later-right in physics, Tyndall’s own field.

By 1900, when Max Planck’s quantum theory gave the world an exact unit of atomic energy, physics had become the cutting edge of materialist science’s slice into the universe. Chemists, biologists, even astronomers—all sought to reduce their data down to the physicist’s atomic or subatomic particles. Acids, muscle fibers, and galaxies weren’t necessarily real any more. Only atomic particles were real. If something was real, you could boil it down—”reduce” it—to its atomic particles. So in every field of science, the experts began thinking “reductionism.” For a while, as the materialist scientists were reducing matter to its smallest particles, many people wondered whether they were reducing science to absurdity.

As the physicists closed in and boiled things down, matter’s inner secret seemed only to get lost in the steam. In fact, by 1927 Werner Heisenberg had formulated his Uncertainty Principle. He showed that at the infinitesimal subatomic levels where “reductionism” takes us, it’s impossible to say where a particle is even if you know how it’s moving, and it’s impossible to say how it’s moving even if you know where it is.

Also, Heisenberg pointed out that the very beams of energy used to observe a particle disturb the particle observed, so you can’t really say what it is, either. And the final blow: even the consciousness of the observer disturbs the particle. So the scientists ended up asking not just what, where, or how, but who. In other words, “reductionism”—the pillar of materialist precision—began to look a lot like a study in psychology. 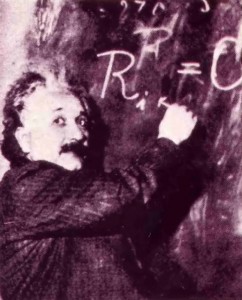 Einstein talked of a benevolent Being. “I refuse to believe that God plays dice with the world. “

Over the last fifty years, Nobel Prize winner Heisenberg and others have turned the scientific tide. As we’d expect, the materialist and reductionist scientists are still with us, but now a whole new wave of antimaterialist and transcendentalist scientists has emerged.

Another member of this wave, Nobel Prize winner Erwin Schrodinger, turned many heads when, in 1925, he wrote on “the profound rightness of the basic conviction” in the Vedic literature (such as Bhagavad-gita and Srimad-Bhagavatam):

It is not possible that this unity of knowledge, feeling, and choice which you call your own should have sprung into being from nothingness… [It is] essentially eternal and unchangeable and numerically one in all men, nay in all sensitive beings.

And some thirty-five years later, in his introduction to Srimad-Bhagavatam, His Divine Grace A.C. Bhaktivedanta Swami Prabhupada confirmed that spiritual understanding is “based more or less on the oneness of the entire human society, nay, on the entire energy of living beings.” We can observe in these two statements a sameness of world view, and even of words—a remarkable harmony between the transcendentalist and the physicist. More and more, science present is sounding like science past—the God-conscious science of Newton’s day and before.

With a special urgency, Schrodinger wanted to show that the human personality couldn’t just “have sprung into being from nothingness.” He argued for the existence of an eternal transcendental energy—in fact, an energy not only eternal, not only transcendental, but also personal. He disowned the impersonalism of many of his fellow scientists and lamented, “No personal God can form part of a world-model that has only become accessible at the cost of removing everything personal from it.”

For those whose minds are attached to the unmanifested, impersonal feature of the Supreme, advancement is very troublesome. To make progress in that discipline is always difficult for those who are embodied. 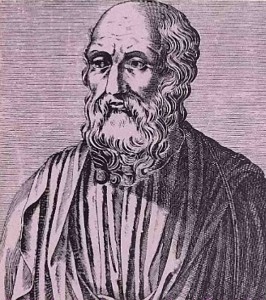 Plato affirmed, “This world came to be, in very truth, through the providence of God–a living being with soul and intelligence. “

So even thousands of years ago there were people who thought that beyond the universe, everything is impersonal or even void. In fact, the ancient Greek Democritus once called all existence just “atoms and the void.” But just as Lord Krishna had refuted the impersonalists of His day, Plato refuted Democritus. In his Timaeus Plato affirmed, “This world came to be, in very truth, through the providence of God—a living being with soul and intelligence.” Much later, in 1898, after John Tyndall had spoken up for the voidists, B.P. Bowne wrote, “If, then, the idea of Being must include permanence as well as activity, we must say that only the personal truly is. All else is flow and process.”

It’s clear that supporters of a God-conscious, personalist science have been with us all along, too. This transcendental tradition in scientific thought wends its way from the Vedic literature and sages to Westerners like Plato, Bowne, and Schrodinger, and, thanks to the translations of Srila Prabhupada, to readers like ourselves.

In Where the Wasteland Ends, Theodore Roszak decries the so-called scientific vision that “disintegrates the landscape, reduces it to bits and pieces, discovers how it works, but not what it means. The action of the parts blocks out the meaning of the whole.” He suggests “that the richest symbols in human culture come down to us from an early generation of supremely gifted visionaries,” and that progress for humanity is to find “the way back. To the source from which the adventure of human culture takes its beginning. It is this progress which the good society exists to facilitate for all its members.”

He calls the ideal the “Old Gnosis,” and holds that “we have nothing to add to the splendor of the Old Gnosis and can make no progress ‘beyond it.’ We can do no more than return to it, borrow from it, reshape it to suit the times.”

Recently, Dr. Roszak has confirmed that the Vedic literatures, “especially the Upanisads and a great work like the Bhagavad-gita, are certainly expressions of the insights that are fundamental to culture, or to what I called the ‘Old Gnosis.’ Swami Bhaktivedanta’s version of the Gita, is very good—a very fine work, nicely done with a literal translation.” Additionally, the studies of Dr. J. Stillson Judah have traced Srila Prabhupada’s lineage back to what Roszak called “an early generation of gifted visionaries.”

For his part, Srila Prabhupada has already begun to reshape the Old Gnosis to suit the times. In Easy Journey to Other Planets, Srila Prabhupada explains the Vedic wisdom in the language of the latest discoveries in space science and physics. As he says, “It is enlivening to see the principles of the eternal religion of man from the viewpoint of the modern scientist.” 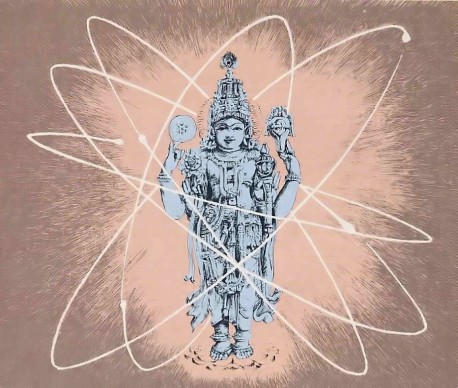 B.P. Bowne wrote, “only the personal truly is. All else is flow and process.”

One Response to The Transcendental Trend in Science