Back to Godhead > ISKCON > Temples > What is a Temple?

What is a Temple?

The form may vary, but the function doesn’t.

A temple of Lord Krsna is a “house of God” and is completely spiritual. But what exactly does that mean?

Consider the following analogy. If you were to take an iron rod and place it in fire, the rod would become hotter and hotter until it would glow red hot. Then, practically speaking, your iron rod would have become fire, giving off its own heat and light. Indeed, if you dared touch it, it would burn you.

Similarly, if a building is actually functioning as a house of God, a place where the Supreme Lord is worshiped with love and devotion, then it should be accepted as totally spiritual, as a part of the kingdom of God. Of course, an iron rod has the capacity to burn you only when it is put into fire, and a building may appropriately be called a temple only when it is used in the service of the Supreme Lord. Its use in the sincere service of God, therefore, distinguishes a temple from an ordinary building. And such a temple will purify all who enter, just as a red-hot iron rod will burn whoever touches it. 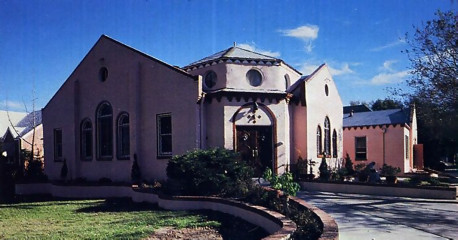 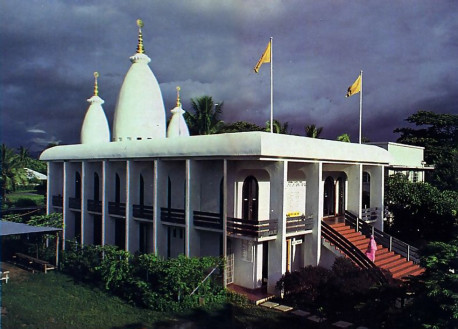 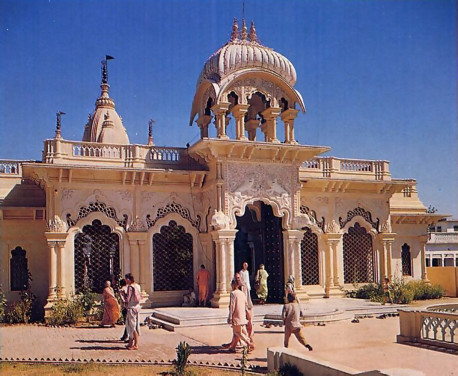 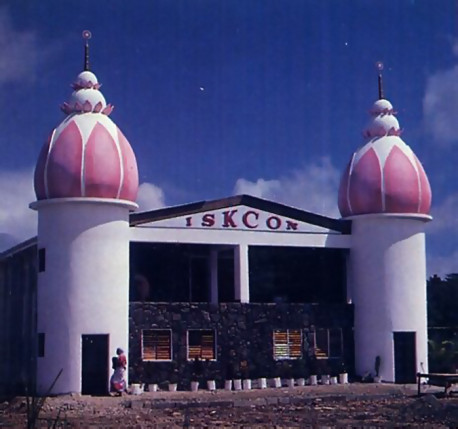 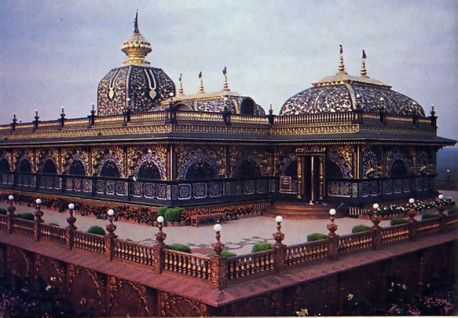 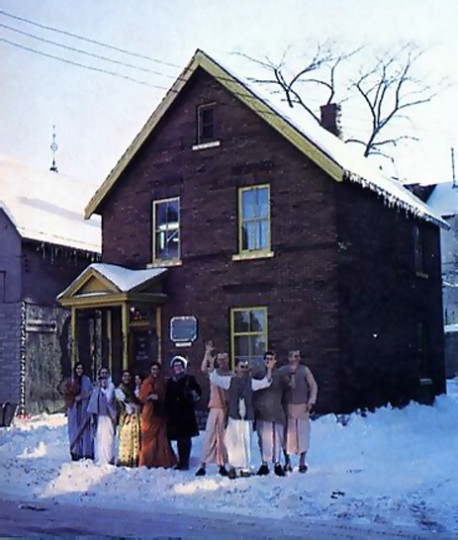 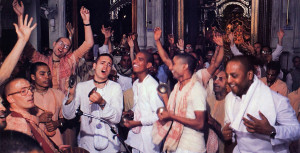 Joyous glorification or the Supreme Lord pervades a genuine temple. At left, to the accompaniment of drums and hand cymbals, devotees of Lord Krsna of various ages and nationalities chant the Hare Krsna mantra and dance during one of the daily services at the ISKCON center in Bombay. A sumptuous feast of vegetarian dishes offered to Krsna is the feature attraction at the Sunday afternoon festival held each week at every ISKCON temple.

Actually, God’s presence in the temple is especially beneficial for us, for despite His omnipresence, He is not readily perceivable, except to one with spiritual vision. In a genuine temple, we’re able to associate with people trained in such spiritual vision, and we get to enhance our own realization of the all-pervading nature of the Lord by hearing transcendental philosophy. Furthermore, we learn to perceive the Lord’s personal presence in the Deity (arca-vigraha) on the altar.

Thus, by taking advantage of spiritual association, by hearing transcendental philosophy, and by worshiping the Deity in the temple, an ordinary person is more likely to remember the Lord’s all-pervasiveness in day-to-day life. Moreover, the temple offers us an opportunity to meet others who are also interested in broadening their spiritual perception. So, if a building cannot afford one all these facilities, then it should not be called a temple. 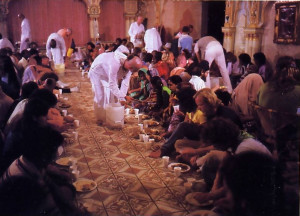 The Sunday feast in San Diego.

The activities within a genuine temple are intrinsic to the soul—they are natural. A temple of Lord Krsna affords one the opportunity to sing the holy names of God, to worship the Deity, to eat food offered to the Deity, to perform various services for the pleasure of the Deity, and to hear transcendental philosophy from Vedic texts like the Bhagavad-gita and Srimad-Bhagavatam. Such activities are inherently pleasing. One need simply acquaint himself with these things to know for sure that devotional service to Lord Krsna is the natural activity of the soul. 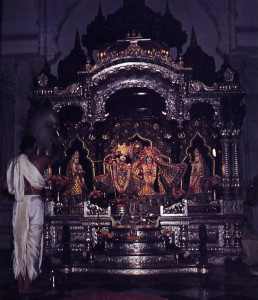 Neither whimsy nor blind faith have any place in ISKCON temples. Following the ancient tradition of Deity worship, a devotee-priest carefully performs an arati ceremony in worship of the Deities of Radha-Krsna.

A bona fide temple is actually a sample of the spiritual world. Thus, in the material world, genuine temples are few and far between. When we enter such a temple, however, we need no one to tell us it is genuine. Does one who is well fed need someone to tell him that he is no longer hungry? When we enter a bona fide temple, we are naturally uplifted and reminded of our original relationship with God in the transcendental kingdom. We feel at home.

After all, the spirit souls in this material world have a sort of “amnesia.” We identify with our gross material bodies and forget our real identity in our eternal relationship with God. Thus there is no end to our misery, birth after birth. But when we enter a temple, we feel relief. This is because a place where the Supreme Lord is worshiped according to the rules and regulations of the revealed scriptures is reminiscent of the spiritual world, our original home. 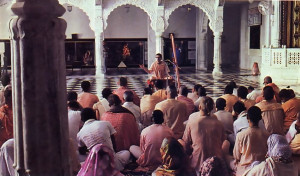 A daily class on the Srimad Bhagavatam, features open discussion on the philosophy of Krsna consciousness.

Even in the conventional sense, when someone has amnesia, expert psychologists agree that the most reliable cure is to place the patient in the environments he should be most familiar with. No other remedy is quite as effective. Similarly, when one goes to the temple, associates with devotees, and chants the holy names of God—Hare Krsna, Hare Krsna, Krsna Krsna, Hare Hare/ Hare Rama, Hare Rama, Rama Rama, Hare Hare—one is cured of the amnesia of material life. Soon one becomes spiritually aware, naturally happy.

The temples of the International Society for Krishna Consciousness, being genuine temples by all the above standards, are fully spiritual. Therefore, although they appear to be within the major cities of the world, they are also within the spiritual world—a transcendental phenomenon visitors everywhere are experiencing daily. If you visit, you too might remember something you’ve long forgotten.

One Response to What is a Temple?