Morality the American Way — Piety at the Pig Roast

Piety at the Pig Roast 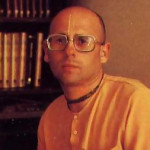 In the fastidious, righteous America of the past, it was exhilarating and fashionable to intellectually break down the hangups that made people feel guilty about immoral acts. In today’s degraded, drifting society, teachers and professors are scrambling back to the old provincial concept that education should teach a person to be good, moral, and self-controlled.

“The scientific method is a marvelous means of inquiry,” says Steven Muller, president of Johns Hopkins University, “but it really doesn’t provide a value system. The biggest failing in higher education today is that we fall short in exposing students to values.”

Charles Muscatine, a professor of English at UC Berkeley, who calls today’s education “a marvelous convenience for a mediocre society,” says that education does have a purpose: to cultivate “informed decision-making that recognizes there is a moral and ethical component to life.”

Students “should be taught philosophy, moral philosophy, and theology,” says psychiatrist Robert Coles, who teaches at Harvard and Duke. “They ought to be asked to think about moral issues, especially about what use is going to be made of knowledge, and why—a kind of moral reflection that I think has been supplanted by a more technological education. Replacing moral philosophy with psychology has been a disaster, an absolute disaster!”

Well and good. A refreshing and unexpected display of American intellectual piety. But there are problems blocking a return to moral education. For one thing, who’s to decide the obvious question “What is moral?” and the perhaps more difficult question “What is immoral?”

We fear the violence of an immoral society, yet autocratic measures to insure morality are something we perhaps fear more. We don’t want America to collapse like hedonistic Rome, yet we certainly do not want to follow the example of highly “moral” countries like Iran. How do we insure morality and at the same time avoid losing our freedom?

Consider the moral predicament caused by what would seem the most obvious moral precept. The Bible says, “Thou shalt not kill.” Yet this simple moral maxim seems impossible for most Americans to accept, or even understand—even those clamoring for a return to morality. The Bible tells us not to kill. But Americans certainly do love to kill. Americans are avid hunters, fishers, and meat-eaters, although we tend to ignore or even deny that this is killing.

For example, the September 27 edition of Time reports this breathtaking display of spiritual dullheadedness: “‘My father’s favorite quote was from the Bible,’ Democratic Senatorial Candidate Mark Dayton, 35, told voters at a Minnesota pig roast.” Quoting the Bible at a pig roast, after all, is good American fun. There’s certainly nothing immoral about killing a pig.

Consider Kentucky Governor John Y. Brown (recently involved in a controversy over his Florida banking transactions). Governor Brown made a vast personal fortune by popularizing Colonel Sanders Kentucky Fried Chicken. In other words, as a businessman he arranged to kill millions and billions of chickens. He also started the Lums Restaurant Corporation, a fast-food cow-killing chain. When asked about his money, he said, “It was made through the American process.” He added, “There is nothing improper or illegal. I have nothing to hide. Anything I’ve made I’ve made honestly and I spent honestly.”

If it’s the “honest American way” to slaughter billions of innocent animals, including the cow, which provides us milk like our mother, then how are we to agree on a standard of morality?

And why maintain sophisticated institutions like Harvard, or indeed the U.S. Congress, if our morality can’t go beyond the level of insects and animals? Animals defend their own kind. And if we simply defend our own kind, if we limit our morality to not hurting other human beings, then we are acting on the level of animals. True morality means respect for the holiness of all life, and indeed of all that exists, since everything emanates from the Supreme Holy, the Supreme Lord.

Without a thorough understanding of the science of God, morality is a farce, whether it’s administered by so-called religious leaders like those in Iran or by the pious agnostics we find in American universities. We must have a solid understanding of God, as explained by Krsna consciousness.

Krsna consciousness teaches that all life is a sign of the eternal soul. God is the Supreme Soul, the supreme life, and all that lives is part of God. If we can’t even follow the simple injunction “Thou shalt not kill”—if we instead prefer big educational and political discussions over chicken and steak dinners, pig roasts, and barbecues—then we are far too ridiculous, as a nation, to survive.