Back to Godhead > PDF > Back To Godhead December 1982 PDF Download 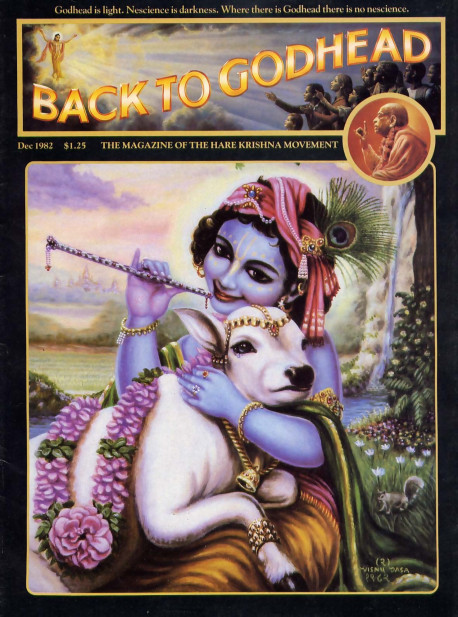 The calf shown here has reached the highest spiritual perfection-unalloyed, spontaneous love for Lord Krsna, the Supreme Personality of Godhead. Everything in the spiritual world is fully conscious-so even the plants and animals are pure devotees of Krsna who enjoy the highest pleasure by pleasing Him. The peacock feather eternally adorns the head of Lord Krsna, and the flute eternally enjoys the nectar from His lips. The Lord’s transcendental form is always bedecked with jeweled ornaments. Yet it is the Lord Himself who gives the ornaments their beauty. Like the calf, the flute, and the ornaments, all living beings find their perfection when they come in touch with Lord Krsna. 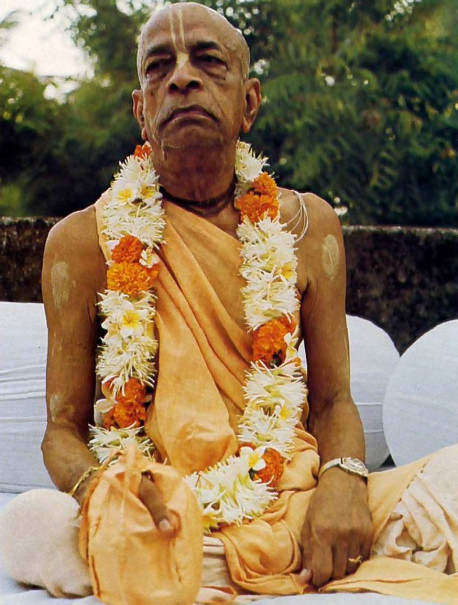