Sometimes friends look at pictures of sankirtana which are gathered from various cities, and they become curious to recognize the locale: “Oh, that is downtown New York.” “That must be Seattle.” “There is Vancouver.” “There’s Hawaii.” But as long as there are devotees chanting the holy names of God, it is misleading to say that they are in New York or Seattle or Vancouver or Hawaii.

The version of the Vedic literatures is that the chanters of the name of God become immediately situated in the spiritual sky. Our real self is not our body; real life is proven by consciousness, which is a symptom of the spirit soul. (For example, at the time of death, the body is still there, but bereft of consciousness it is considered lifeless.) The real self, spirit soul, has his eternal abode in the kingdom of God, and he can go there when he becomes purified and develops his love for God. This abode of God cannot be reached by a mundane geographical journey or by purchasing an airplane ticket, but one does not have to wait until the time of death to experience the spiritual sky.

By purifying the senses of his present body, one can feel his original nature, which is sac-cid-ananda, eternity, bliss and knowledge. This is most easily done by chanting the holy names of God, Hare Krsna, Hare Rama.

Lord Krsna, the Supreme Personality of Godhead, has declared, “I am not in the heart of the yogi, and I am not in the forest where the sages are meditating, but I am present where My devotees are chanting My glories.”

When His Divine Grace A.C. Bhaktivedanta Swami Prabhupada visits any city and gives instructions in Krsna consciousness, that city becomes a place of holy pilgrimage. Similarly, when his disciples who are sincerely following the regulative principles of devotional life chant in the streets of New York or Hawaii, those streets lose their mundane identification and become holy sites because of the fully empowered appearance of Krsna, the Supreme Lord, in His sound incarnation. In other words, because God appears in His name, wherever the chanting of Hare Krsna is carried on, the atmosphere becomes purified and transcendental.

The sankirtana party is a transcendental festival for all people, inviting them to enter the spiritual sky in fully blissful consciousness. Everyone can achieve love for God, and this can be practically experienced by the practice of sankirtana. Anyone can then experience that he is not a part of Broadway or Hollywood Boulevard or Waikiki, which are temporary places soon to perish, nor is one ultimately a part of Christianity or Hinduism or any national or racial designation, which are subject to change with the change of the body. One’s pure self is eternally the servant of God, and to be engaged in the loving service of God is our natural eternal activity. 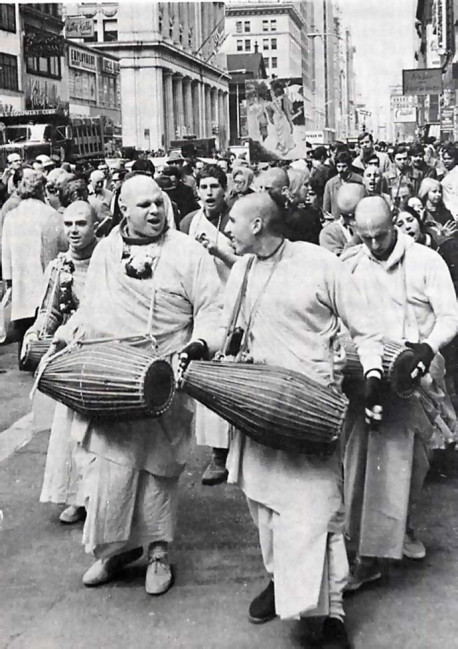 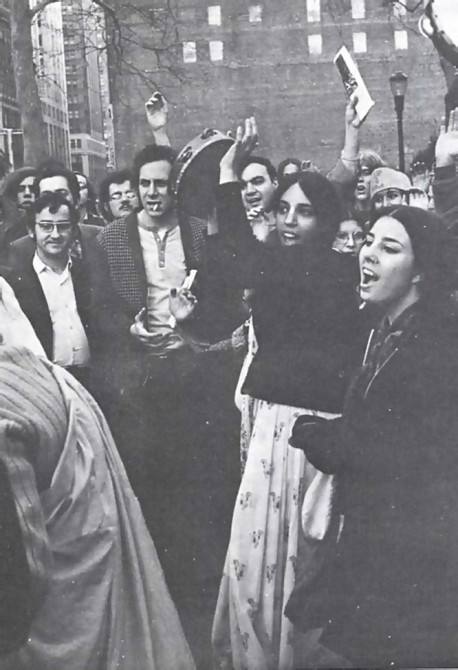 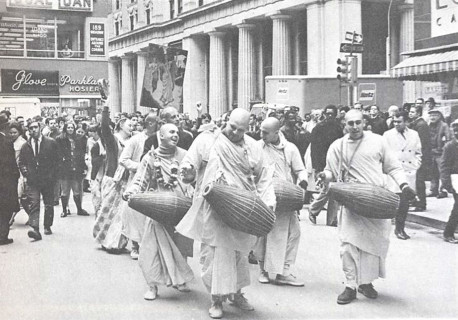 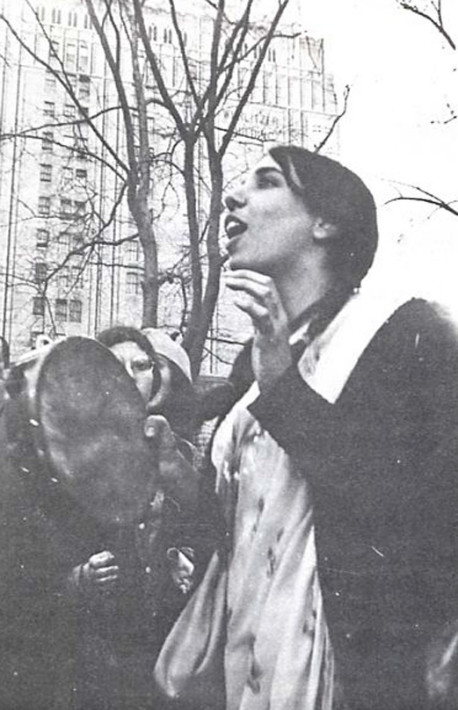 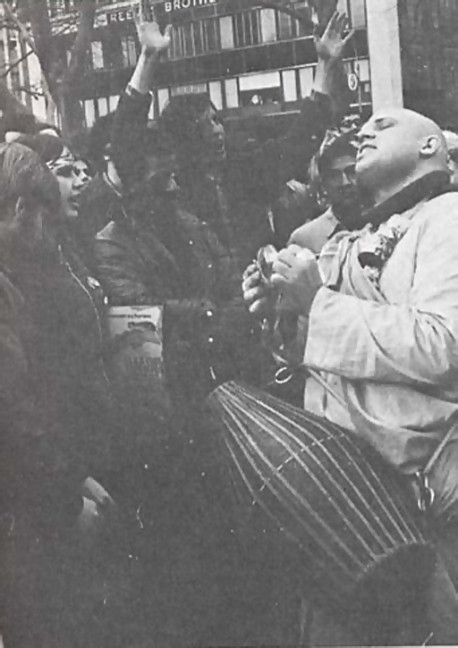 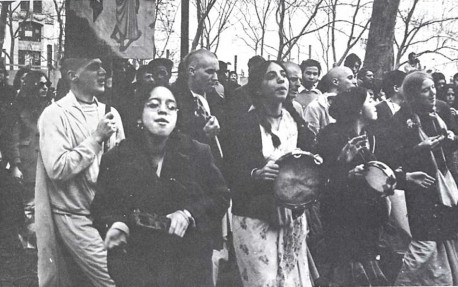 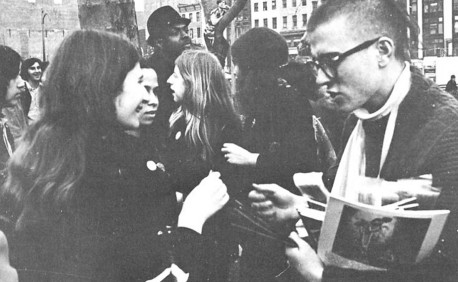 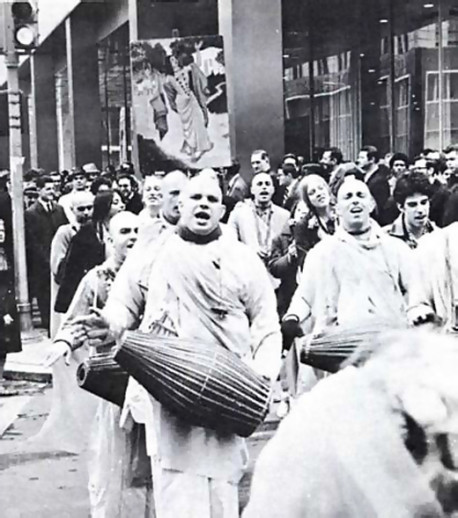 These pictures: ecstatic sankirtan in Hawaii 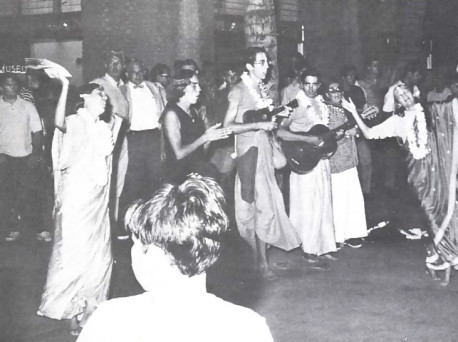 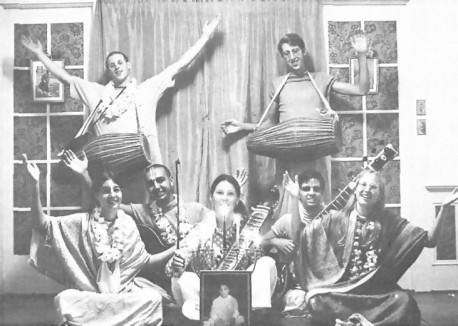 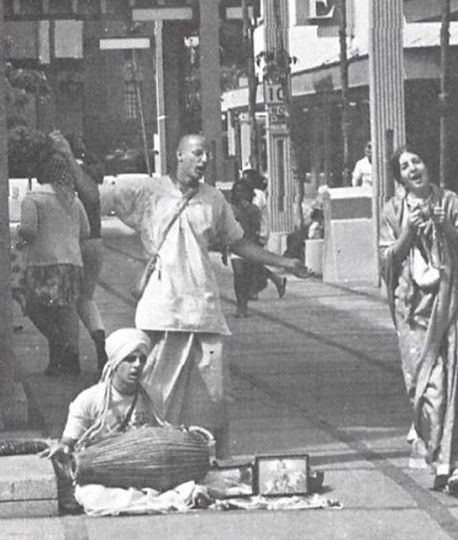 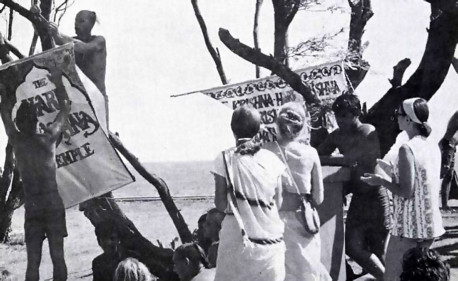 These pictures: manha sankirtan with devotees from the Seattle and Vancouver temples. 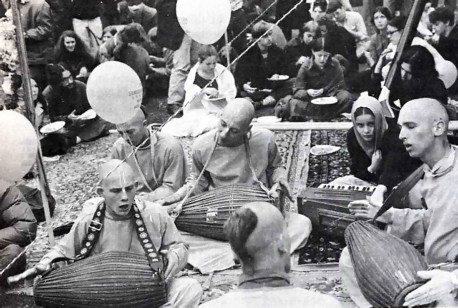 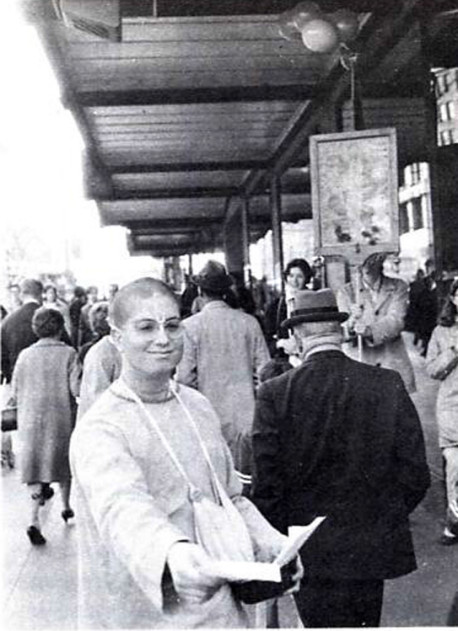 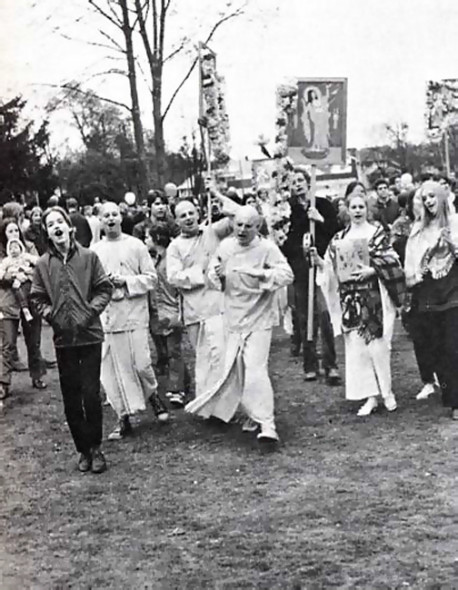 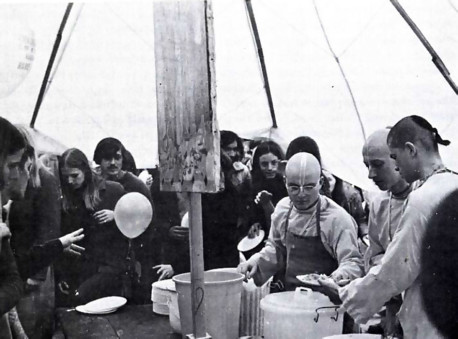 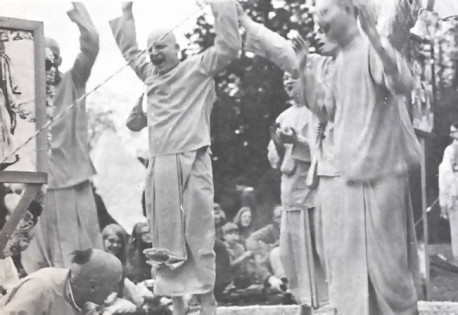 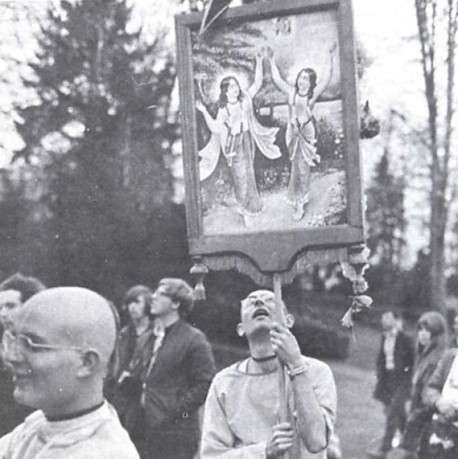