Sankirtana means singing and dancing about the glories of Krsna, the Supreme Personality of God. It is nothing manufactured or concocted; it is not a “new religion.” The most ancient Vedic scriptures of India recommend that for the present Age of Quarrel, this simple method will be the only successful one for bringing God consciousness to the people in general. Actually, religion cannot be manufactured. Religion means to follow the codes or laws of the One without a second, the One God who is glorified by all the true religions of the world. Sankirtana was brought to the U.S. in 1966 by His Divine Grace A.C. Bhaktivedanta Swami, who has recently said, “Don’t think that these boys and girls are dancing out of religious sentiment or fanaticism. We have the highest philosophical and theosophical background.” The Hare Krsna movement is based on science and on the authority of the Vedas. But its beauty is that it is all simplified. The first result from chanting is that one becomes freed from all material misgivings by realizing his real self as eternal spirit soul. This means blissful, loving union with the all-blissful Godhead. One’s whole body, mind and intelligence become joyful! It is guaranteed the sincere sankirtana chanter will feel symptoms of the highest ecstasy and the perfection of the human form of life: love of Godhead.

(The pictures on this page were taken at the Hare Krsna centers in New York City and Vancouver, British Columbia.) 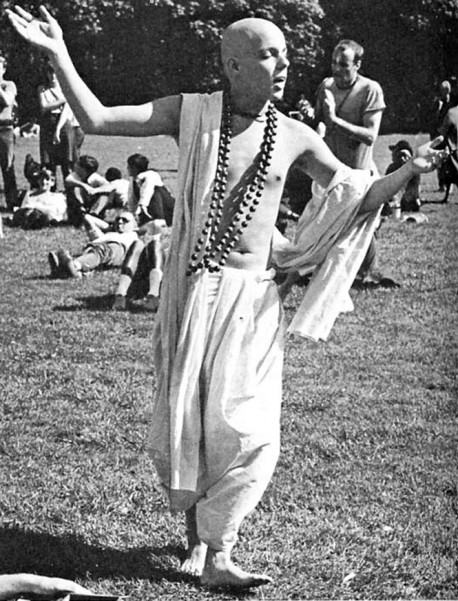 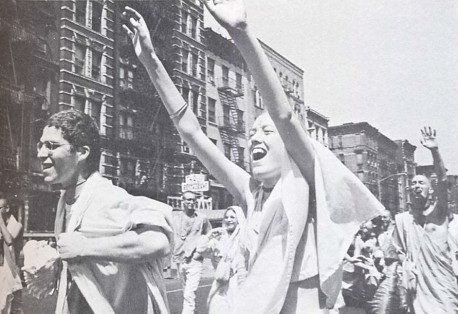 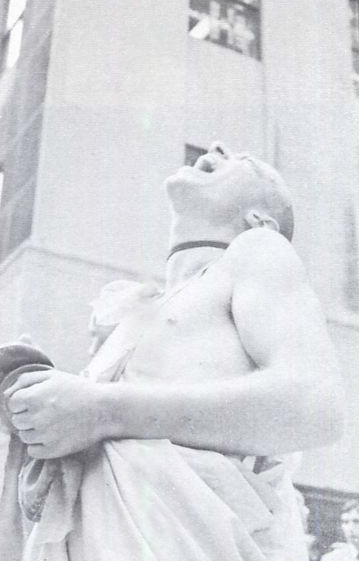 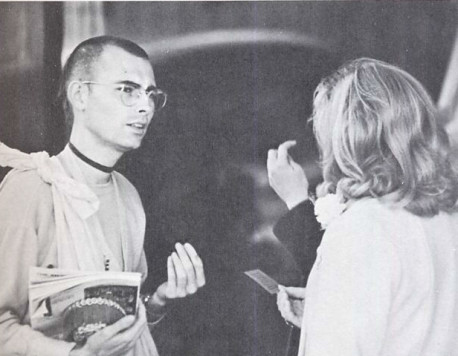 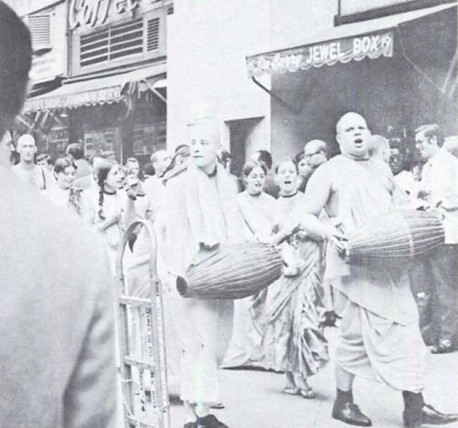 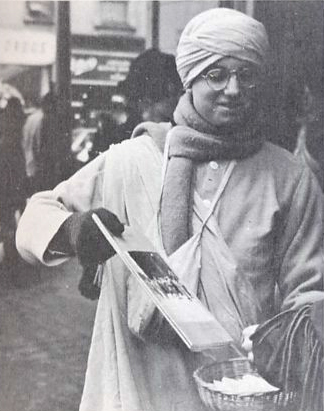 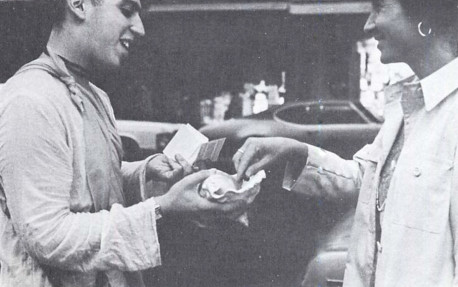 One Response to Sankirtan — It Means Chanting Hare Krishna!