Back to Godhead > Society > Peace > The Peace Formula 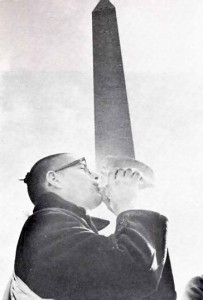 A hundred devotees from east coast Hare Krsna centers were present in Washington, D.C., during the mass peace demonstrations of November 15, 1969. Reference to the Godhead, a program which is completely ignored by the materialistic peace marchers, was energetically propagandized at the peace rally by the disciples of A.C. Bhaktivedanta Swami. They distributed thousands of pamphlets of Prabhupada’s essay “The Peace Formula,” which presents the following practical propositions. 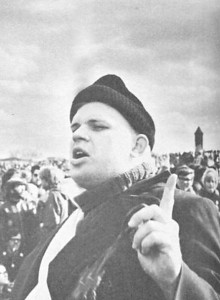 “The great mistake of modern civilization is to encroach upon other’s property as though it were one’s own, and to thereby create an unnecessary disturbance of the laws of nature. These laws are very strong. No living entity can violate them. Only one who is Krsna conscious can easily overcome the stringency of the laws of nature, and thus become happy and peaceful in the world. 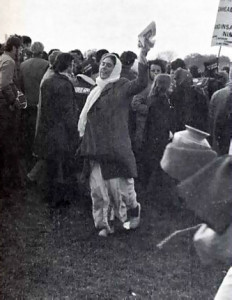 “As a state is protected by the department of law and order, so the state of Universe, of which this earth is only an insignificant fragment, is protected by the laws of nature. This material nature is one of the different potencies of God who is the ultimate proprietor of everything that be. This earth is, therefore, the property of God, but we the living entities, especially the so-called civilized human beings, are claiming God’s property as our own, under both an individual and collective false conception. If you want peace, you have to remove this false conception from your mind and from the world. This false claim of proprietorship by the human race on earth is partly or wholly the cause of all disturbances of peace on earth. 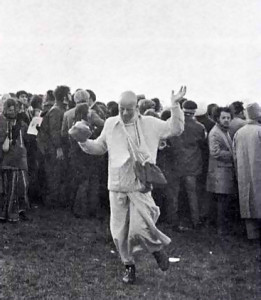 “Foolish and so-called civilized men are claiming proprietary rights on the property of God because they have now become Godless. You cannot be happy and peaceful in a Godless society. In the Bhagavad-gita, Lord Krsna says that He is the Supreme Lord of all universes, and that He is the well-wishing friend of all beings. When the people of the world know this as the formula for peace, it is then and there that peace will prevail. We therefore recommend that everyone become Krsna conscious by chanting: HARE KRSNA HARE KRSNA KRSNA KRSNA HARE HARE/ HARE RAMA HARE RAMA RAMA RAMA HARE HARE.” 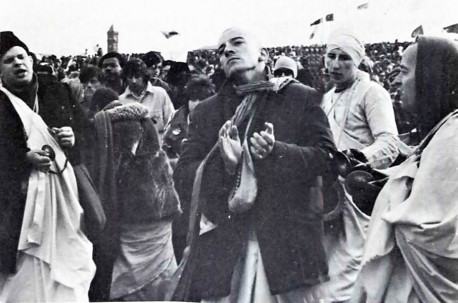 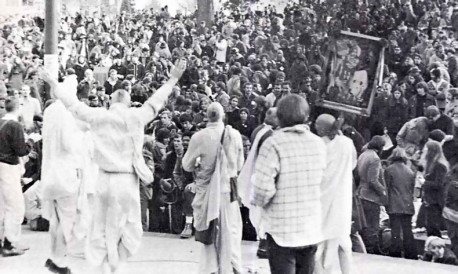 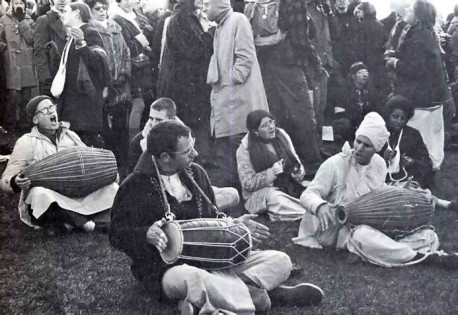 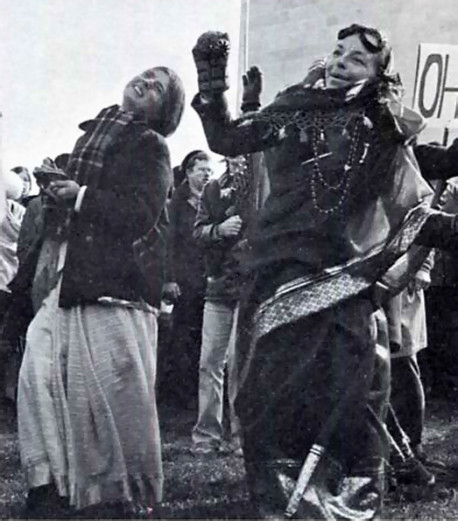 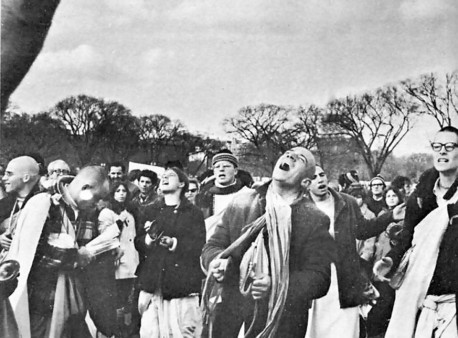 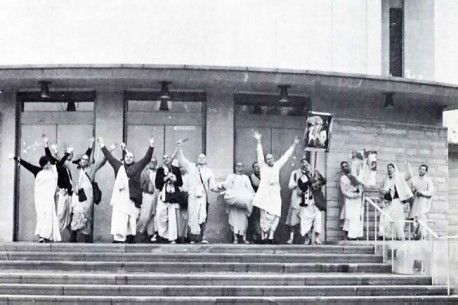