Back to Godhead > Devotees > How I came to Krishna > Surgery and Spirituality — Samika Rsi, M.D.

In Carbondale, Pennsylvania, a doctor from India leads a life of surgery and spirituality. 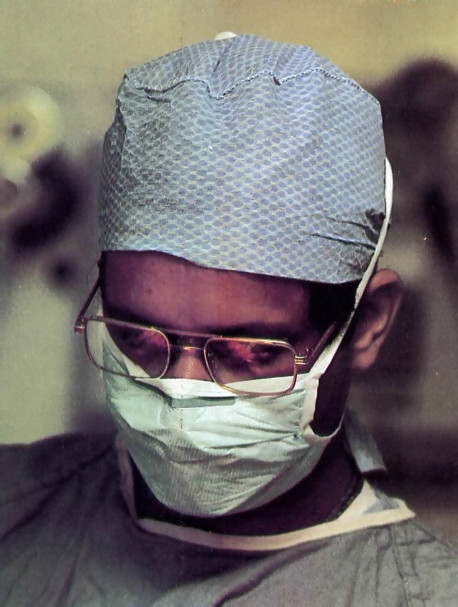 The other doctors never call him Samika Rsi dasa. Most of them don’t even know he is an initiated devotee of Lord Krsna. In the hospital—St. Joseph’s Hospital, Carbondale, Pennsylvania—he is Shyam Sundar Mahajan, director of the emergency ward.

“Code Blue! Code Blue!” Physicians and nurses hurry to prearranged stations. A red light sweeps rhythmically across glass doors and windows as an ambulance speeds toward the hospital. Paramedics rush to receive the patient, a middle-aged man whose heart, for some reason no one will ever know, has stopped working.

Samika Rsi stands ready with a barrage of equipment. Attendants wheel the patient into an examination room. The doors close. Minutes tick by. Finally Samika Rsi emerges and removes his white coat. Evening settles in quietly.

“Good night, doctor,” a nurse bids on her way out. Hospital personnel prepare to go home.

“If someone examines the man on that table,” Samika Rsi says, “they will find all the organs intact, all the parts and chemicals still there. So why can he not be revived? Because the soul has left the body. No drug or machine can change that.” 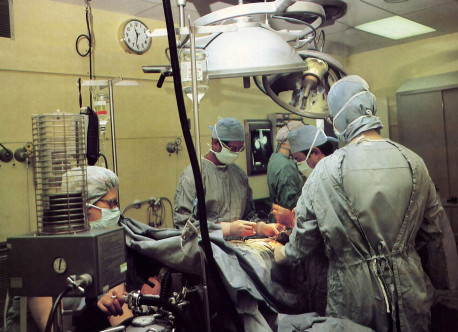 After delicate surgery, Samika Rsi closes an incision in a patient’s chest. The surgical team had found and removed a cancerous tumor. 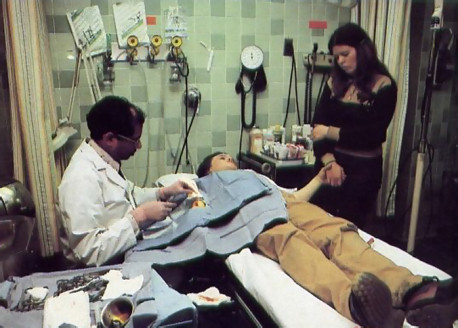 A mother comforts her son. who suffered a deep bite from a German shepherd. 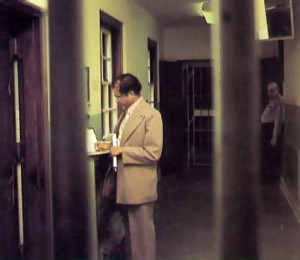 Apart from dealing with forty such cases a day, Samika Rsi also tends to the medical needs of 250 maximum-security prisoners at a state mental hospital

He removes his stethoscope and shoves it into his bag. A few minutes’ drive and we arrive at his two-story home on the outskirts of town. Ornamenting the front door is a tiny portrait of Caitanya Mahaprabhu, who inaugurated the street chanting of Hare Krsna in India five hundred years ago. Inside, paintings of Lord Krsna mingle with ceramics and woodcarvings.

“How often do you get life-or-death cases like tonight?” 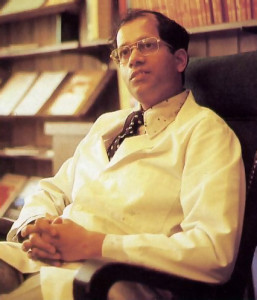 Samika Rsi considers his dual role as surgeon and devotee.

Samika Rsi is the second eldest of six brothers and three sisters. He was born in Nagziri, India, a town of eight thousand, where as a young man he assisted his father, a devotee of Lord Krsna trained in classical Vedic medicine. They would travel from village to village on medical call, prescribing cures and accepting as payment grain or cloth, according to each patient’s means. At age twenty-two he graduated head of his class at Gandhi Medical College and came West. 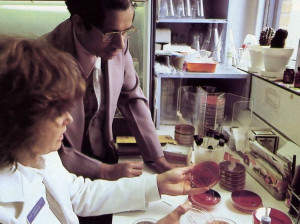 Bacteria cultures provide evidence for diagnoses in the hospital’s lab.

In 1972 he and his wife met devotees on the streets of Philadelphia, followed them back to the Krsna temple, and a year later received initiation from the Society’s founder, His Divine Grace A.C. Bhaktivedanta Swami Prabhupada.

That evening we read from Bhagavad-Gita As It Is after a light vegetarian dinner offered first to the Deity of Lord Krsna. Discussion soon turns again to his medical career. Apart from the emergency ward, Samika Rsi also serves as a staff physician in a maximum-security mental hospital for the criminally insane.

“Being a doctor is second best,” he explains. “Being a devotee is better. Devotees offer permanent solutions, whereas doctors can only make temporary repairs, patching things up until something else breaks down and the patient dies.” 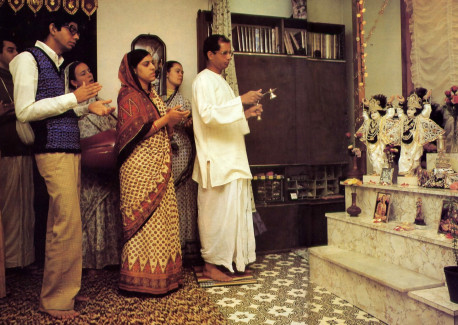 For a week at a time, he works on twenty-four-hour call. He rests whenever time permits, in a small room on the fifth floor, but can always be reached by a red hot-line or over the loudspeaker. In his room the next day I change into sterilized green clothes, slip a mask over my face, wash my hands with a brown, soapy solution, and enter the operating room, cameras clutched to my side. 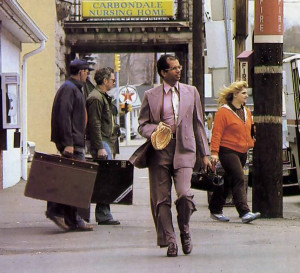 Bag of prayer beads in one hand and medical
bag in the other. Samiku Rsi hurries off to an emergency call.

Samika Rsi works with another doctor to remove what they suspect is a cancerous tumor from beneath the patient’s intestines. It is a short operation, and within an hour we are preparing to return home.

“That may be considered a ‘legitimate’ operation,” he says, “but out of the twelve thousand emergency cases I treat each year, half could be avoided by simple self-control. The vast majority of emergencies are due to misuse of the body, people pushing the body to enjoy exaggerated pleasures or improper foods, drugs, alcohol.

“People are accustomed to godlessness and unrestrained sense activity. In the media and in school they learn that meat-eating, casual sex, and intoxication are acceptable habits. Not many people today admire austerity, so they make fun of devotees, who follow strict regulative principles. But the fact is, without Krsna consciousness, where are people to find the inspiration for a nobler existence?”

Samika Rsi is particularly concerned for young people. His own son is a student at a Krsna conscious elementary school in the Northeast. For the school’s temple, he went to Jaipur, India, and personally brought back Deities of Lord Krsna. He dedicates in fact about half of his salary to spreading Krsna consciousness by helping construct temples and schools and publish books.

The evening before my departure, Samika Rsi invites friends and family members to his home to see a slide show on Krsna conscious schools in the U.S. After a dinner of finely spiced vegetables, sauces, salads, and milk sweets, we gather in the temple. Samika Rsi reads from Bhagavad-gita, and we discuss various points of philosophy.

The phone rings. His wife Anarta dasi answers the call.

Samika Rsi closes the book, bows to the Deity of Lord Krsna, reaches for his bag, and walks swiftly out the door.