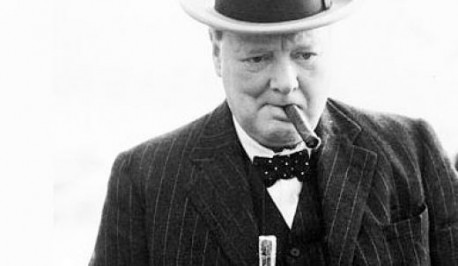 We are pleased to find that leaders of world politics such as Mr. Churchill has now a days began to think of a human world and trying to get rid of the terrible national frenzy of hate. The frenzy of hatred is another side of the frenzy of love. The frenzy of love of Hitler’s own countrymen has produced the concomitant frenzy of hatred for others and the present war is the result of such duel side of a frenzy called love and hatred. The whole creation of the material world is more or less based on this principle of love and hatred. So when we wish to get rid of the frenzy of hate, we must be prepared to get rid of the frenzy of so called love. This position of equilibrium free from love and hatred is attained only when men are sufficiently educated. In the Bhagwat Geeta it is said that a man when he is sufficiently educated can look on equal terms a gentle Brahmin, a cow, an elephant, a dog or a Chandala. One may ask as to how it is possible to look on equal terms a gentle Brahmin and a dog? The answer is plain and simple. A real educated man does not look over the fleshy tabernacle of a living being but he introspects the spirit within the body. A sane man does not see the dress of a man but the man who puts on the dress. The dress has no value if there was not a man within and similarly, the gentle Brahmin, the cow, the elephant, the dog or the chandala are but different dresses encaging the spirit soul within them. Unless therefore men are educated sufficiently to see within the dress, the duel frenzy of love and hatred will continue to work. ‘Humane World’ is possible when we are really human being as distinguished from ordinary animals. The lower animal has no introspection of the soul within because it is incapable of being sufficiently educated. The distinction between a lower animal beast and a higher animal man lies in the capacity of this introspection of the soul within. A man devoid of this power of introspection is no better than a beast. This introspection, is however easily attained by the service of Godhead. So Mr. Churchill’s Humane World implies that we must go “Back to Godhead.”