Back to Godhead > ~Featured~ > Krishna’s Birthday — A Worldwide Celebration 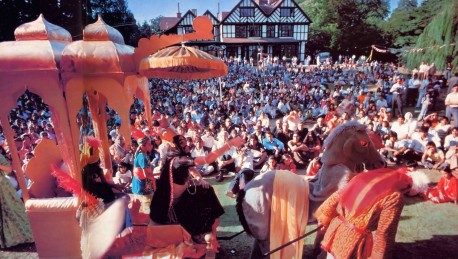 Not long ago, few people outside of India had even heard of Krishna. Now people all over the world celebrate Janmashtami, the day that Krishna, the Supreme Personality of Godhead, appeared on Earth. 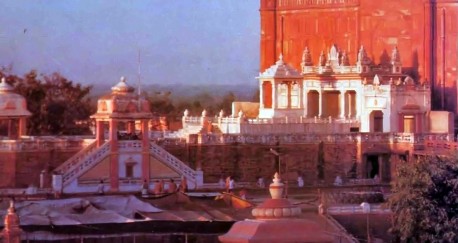 Lord Krishna took a humble birth in the North Indian district of Mathura inside King Kamsa’s prison. The demonic Kamsa (whom a devotee dramatizes (above right) driving a chariot even tried to kill Krishna but Krishna defeated him and delivered his devotees.

Despite modern-day Kamsas posing as cultural and political leaders, Krishna’s pure devotee, His Divine Grace A.C. Bhaktivedanta Swami Prabhupada has delivered the devotional science of Krishna to all the people of the world. And just as people celebrate the birth of Christ, God’s son, so, at places like London’s Bhaktivedanta Manor (the scene of the above gathering), millions celebrate Janmashtami–the birth of Lord Krishna, the Father of all living beings. 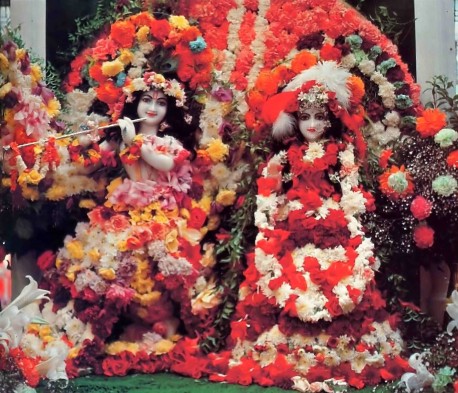 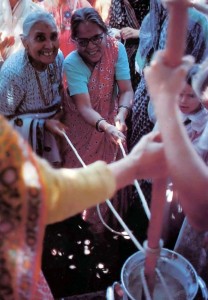 Great minds like Emerson and Thoreau have always felt attracted to Krishna’s Bhagavad-gita, the guidebook for God-realizaton. So on September 5 visit an ISKCON center, feel the attraction of chanting Hare Krishna and feasting on food offered to Krishna, and bring home the Bhagavad-gita–the science of Krishna, “the all-attractive.”