In Mexico City and Around the World 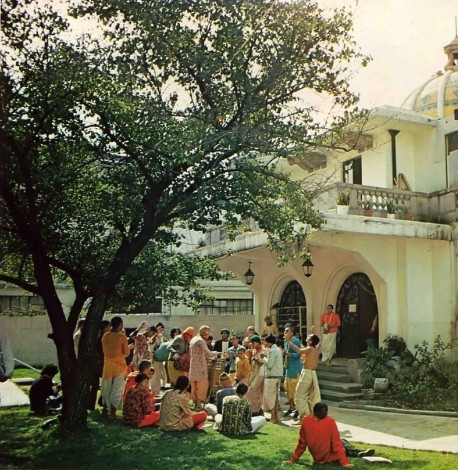 A few blocks from the house of Mexico’s president lies the Mexico City Hare Krishna Temple, one of the many centers of the International Society for Krishna Consciousness that have appeared in Latin America in recent years.

This chanting is a call to the Supreme Lord and His supreme energy to lift us out of material consciousness and reestablish us in our natural position as His eternal loving servants. The consciousness of eternal service to the Supreme Lord is natural for every living being, and it is transcendental to all nationalistic and sectarian boundaries. The chanting is simple and universal. And it is authorized as the most effective means of self-realization for this age by the Vedic literature, which gives in-depth knowledge of bhakti-yoga, or the science of devotional service. His Divine Grace A.C. Bhaktivedanta Prabhupada, who is the founder and acarya (spiritual master) of the International Society for Krishna Consciousness, has brought this science to the West so that sincere and intelligent people may take advantage of this easy and sublime method of reviving their eternal relationship with Krishna, the Supreme Lord. The articles inside Back to Godhead will tell you more about the philosophy and activities of the Hare Krishna movement.

One Response to In Mexico City and Around the World