Back to Godhead > Devotees > Chanting > Chanting Hare Krishna: The Only Way to Enlightenment

Chanting Hare Krishna: The Only Way to Enlightenment 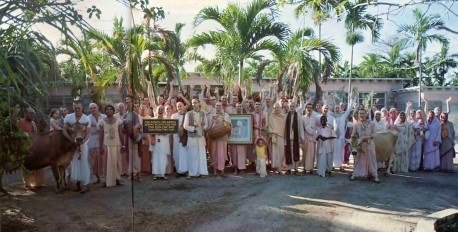 Devotees at the Miami center of the International Society
for Krishna Consciousness. 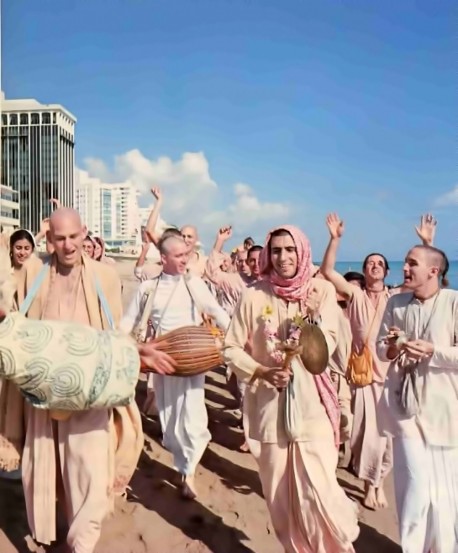 Hare Krishna Devotees Chant on the Beach at Miami, Florida, 1976.

The International Society for Krishna Consciousness (ISKCON) is a worldwide community of devotees practicing bhakti-yoga, the eternal science of loving service to God. The Society was founded in 1966 by His Divine Grace A. C. Bhaktivedanta Swami Prabhupada, a pure devotee of God representing an unbroken chain of spiritual masters originating with Lord Krishna Himself. The following eight principles are the basis of the Krishna consciousness movement. We invite all of our readers to consider them with an open mind and then visit one of the ISKCON center to see how they are being applied inevery day life.