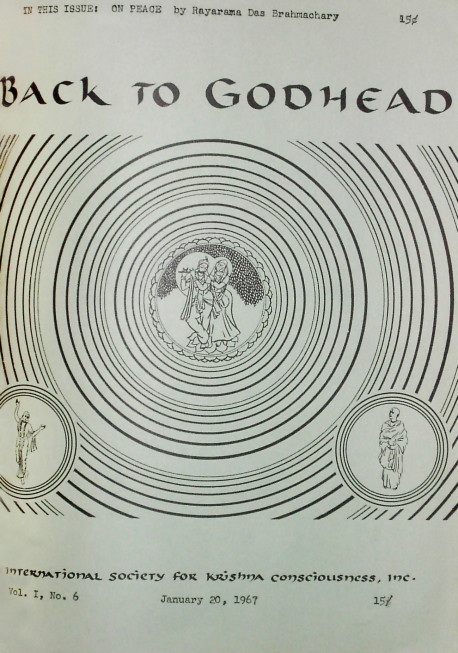 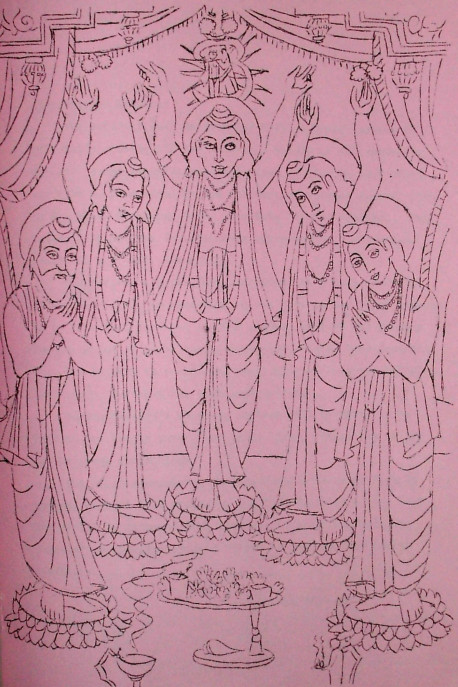 The International Society for Krishna Consciousness is officially opening its San Francisco branch at 518 Fredricks Street. Swami Bhaktivedanta has flown out to the West Coast and will be introduced to the California audience January 29th by Mr. Allen Ginsberg, poet, at a Hare Krishna Festival. The interest in Krishna Consciousness expressed by San Francisco residents has been encouraging.

The Society’s activities and kirtan have been recently filmed by CBS for presentation on the “Eye on New York” program to be televised in three to four weeks. Many of the Society members spoke of their experience with Krishna Consciousness.

The Society is continuing negotiations for a new building, but nothing definite has been ascertained.

During Swamiji’s absence, kirtans will continue to be held at the temple during the usual times. There may or may not be group discussions.

The picture appearing in this month’s issue of Back to Godhead depicts Lord Chaitanya and His disciples flying high. The artist is Jadurani Devi dasi, who is currently painting twenty-four canvases of Lord Vishnu in various four-handed positions.