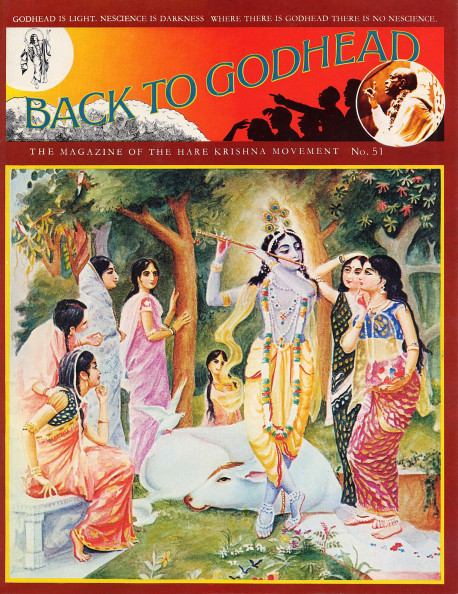 Krsna, the Supreme Personality of Godhead, attracts the minds of the gopis, the goddesses of the fortune in the spiritual world, by playing His transcendental flute. 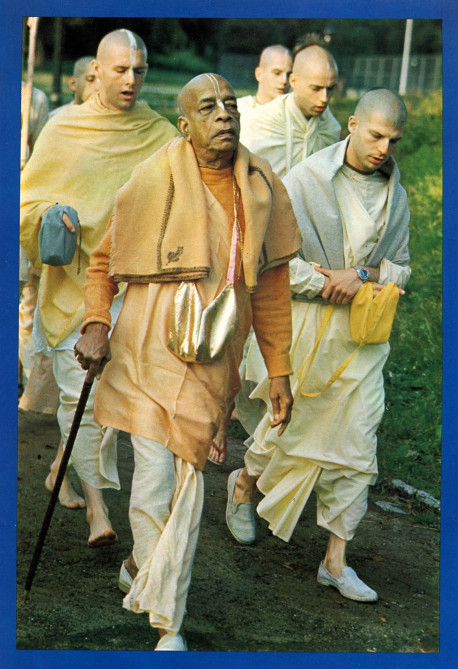 The Supreme Lord, the Absolute Truth, is all-spiritual, and therefore His name, fame, qualities and pastimes are all nondifferent from Him. The holy name of the Lord is the Lord Himself, and this can be understood by spiritual realization. By chanting the holy names of the Lord, which are innumerable, one can actually personally associate with the Lord, and by such constant spiritual association with the all-spiritual Lord, one can become spiritually self-realized. The chanting of the holy names Hare Krsna, Hare Krsna, Krsna Krsna, Hare Hare/ Hare Rama, Hare Rama, Rama Rama, Hare Hare is especially suitable for the souls of this fallen age, when life is short and people are slow to understand the importance of spiritual realization, prone to be misguided by false leadership, unfortunate in every respect, and continuously afflicted by material problems and anxieties. One can be freed from all such troubles simply by chanting and glorifying the holy name, fame, qualities and pastimes of the Lord.

The Krsna consciousness movement has been started by His Divine Grace A.C. Bhaktivedanta Swami Prabhupada to introduce this universal process. The holy names of the Lord are as powerful as the Lord Himself, and there are no hard and fast rules for chanting these holy names. At any time, at any stage of life and in any part of the world, anyone can freely chant the holy name of the Lord and thus make progress on the path back home, back to Godhead. 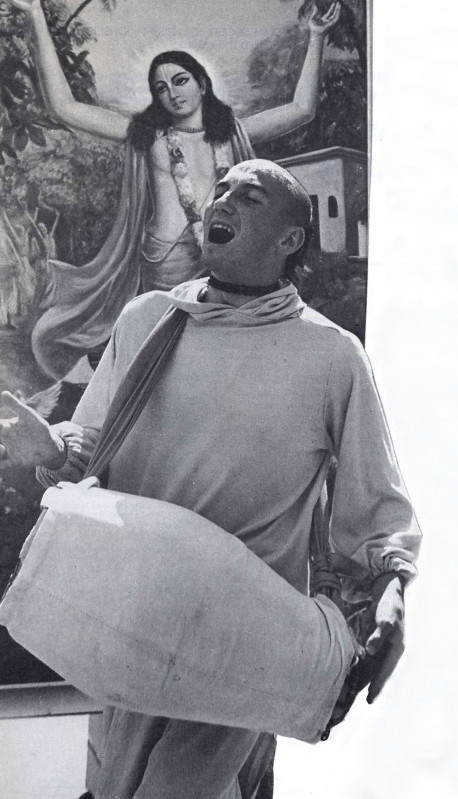