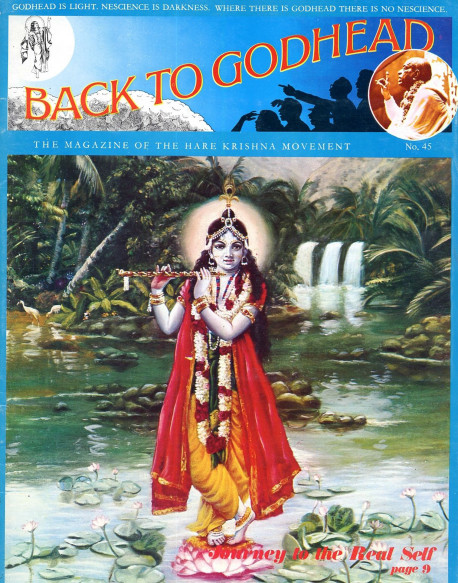 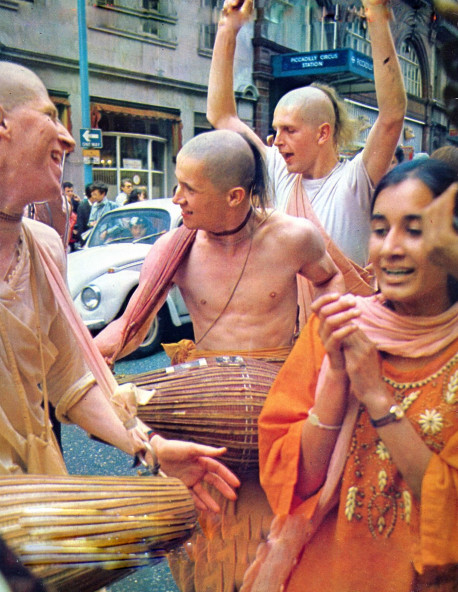 Back to Godhead is about Krsna (pronounced “Krishna”), the Supreme Personality of Godhead. Krsna is a Sanskrit word meaning God, the All-Attractive. Our magazine is intended to bring a revival of God consciousness to people of modern civilization, most of whom have forgotten what God is or who think God to be dead, impersonal or void. Because Krsna, the Supreme Person, appeared in India, many people think Krsna to be a Hindu god. But He is not. Krsna is God. He is not Christian, nor Muslim, nor Buddhist nor Jewish. He is universal. As the cause of all existence, Krsna, or God, is the actual substance of life.

Just as there are magazines about sports, business and other topics, this is a magazine about the science of God. Back to Godhead educates humanity of its divine nature and trains the mind. Most magazines offer what the editors think the public might like, such as sex, crime and amusements, but our method is to present the real substance of life. We present 100% Krsna, without ordinary tricks and commercial formulas. We receive the information we print about Krsna from the most authorized sources, the genuine spiritual master and the Vedic scriptures. The Vedic literatures are philosophically so perfect and clear that simply by carefully reading them one will know God perfectly well and will be sufficiently educated to defend himself from the argumentative onslaughts of atheists. Beyond that, the reader will be able to convert others to accepting God as the highest pleasure and the most concrete principle of life.

Our spiritual master, His Divine Grace A.C. Bhaktivedanta Swami Prabhupada, understands that more and more people are growing tired of hackneyed mundane topics and are developing a taste instead for transcendental literature. Therefore he has instructed his disciples, the members of the International Society for Krishna Consciousness, to distribute Back to Godhead as widely as possible, by the hundreds of thousands. Please read the article written by His Divine Grace and the articles by his disciples. We believe that serious and impartial persons will find them sublime.

In the upper left-hand side of this page you will see printed the words Hare Krsna, Hare Krsna, Krsna Krsna, Hare Hare/ Hare Rama, Hare Rama, Rama Rama, Hare Hare. These are names of God taken from the ancient Vedic scriptures, where they have been arranged scientifically in this form of sixteen syllables called the Hare Krsna mantra. The word mantra indicates that this transcendental delivers the mind of all misery and brings spiritual bliss. If recited aloud or even silently, with feeling and careful attention, the Hare Krsna mantra can clean one’s heart of the dirty desires which accumulate there for many lifetimes and which cover our original pure and happy condition. Even if you do not have time to read the essays in this magazine, we humbly request you to experiment and try chanting this Hare Krsna mantra. It is not at all difficult, it requires no sacrifice, and you don’t have to change your religion, philosophy or way of life in order to chant Hare Krsna. Why don’t you try it right now? You have nothing to lose, and the gain is very great. Whoever you are, wherever you are, please invest at least a few moments and try reciting the Hare Krsna mantra. 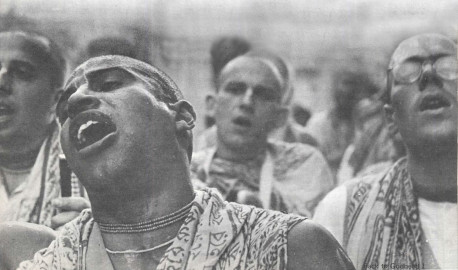