Back to Godhead > PDF > Back To Godhead May 1982 PDF Download 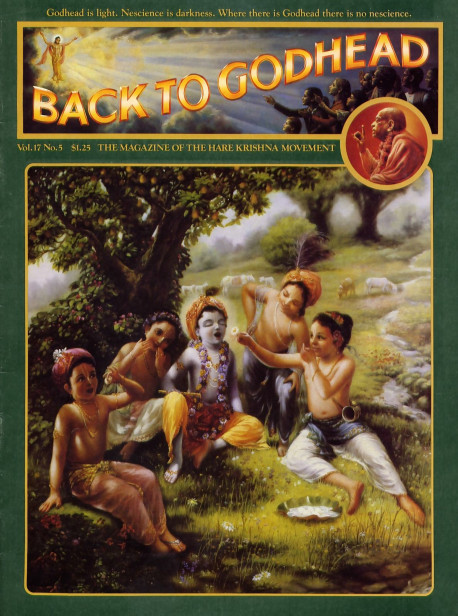 Although Lord Krsna is the Supreme Personality of Godhead-the creator, maintainer, and destroyer of the entire cosmos – He allows His pure devotees to relate to Him in the most intimate way. Sometimes He even lets Himself become the butt of His friends’ practical jokes. Such an incident is related in The Nectar of Devotion, a sixteenth-century devotional classic written in Sanskrit by Srila Rupa Gosvami and translated into English by His Divine Grace A.C. Bhaktivedanta Swami Prabhupada: “Once one of Krsna’ s friends informed Him, ‘My dear Krsna, if You open Your mouth I will give You a nice sugar candy mixed with yogurt.’ Krsna immediately opened His mouth. But instead of giving Him sugar candy with yogurt, the friend dropped a flower into His mouth. After tasting the flower Krsna turned His mouth in a disfigured way, and upon seeing this all His friends began to laugh very loudly.” 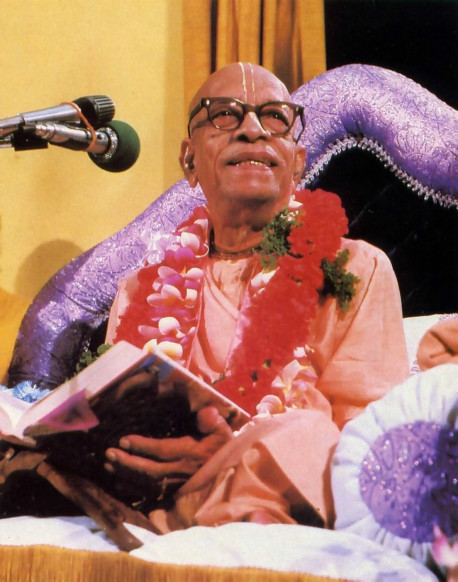