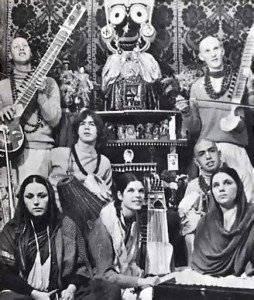 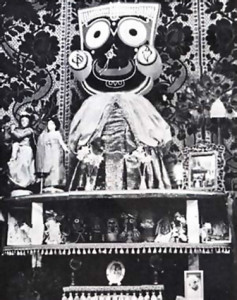 The small temple temporarily located in West Central London at 22 Betterton Street, Covent Garden, has barely been able to contain the ever-increasing crowds at morning and evening Kirtans. Wherever and whenever Prabhupad A.C. Bhaktivedanta Swami’s servants chant the Holy Names in the streets of London, they are cordially received. Perhaps the people had heard us in December at the Royal Albert Hall, where over 2,000 chanted, and not less than 100 people leapt into the space between the front row and the stage to dance in ecstasy. Or maybe they had attended one of our Kirtans at the Middle Earth Round House in Chalk Farm, or at the Arts Lab in Drury Lane; or heard us on John Peel’s “Night Ride”on Radio One; or read about us in Phil Oakes’ “Atticus” column in the Sunday Times, which began with the aphorism, “Hare Krishna is good for you.” 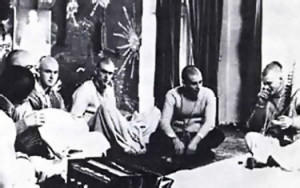 Visitors from all over England, from the U.S., from Holland, France, Germany, Norway, Sweden, Africa, Japan, India, Canada, Italy, Scotland and Australia frequent our present headquarters on Betterton Street. The temple is easily accessible via Holborn, Covent Garden, Leicester Square, and Tottenham Court underground stations, and on a number of central buses. 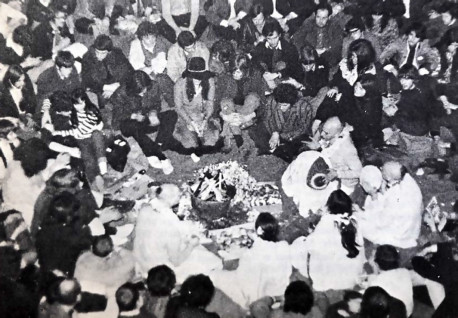